It looks like you're visiting from country. Please click here to continue shopping.
Our summer sale is here | Up to 50% off

Some tried, tested and terrifically delicious recipes from grandmothers around the world 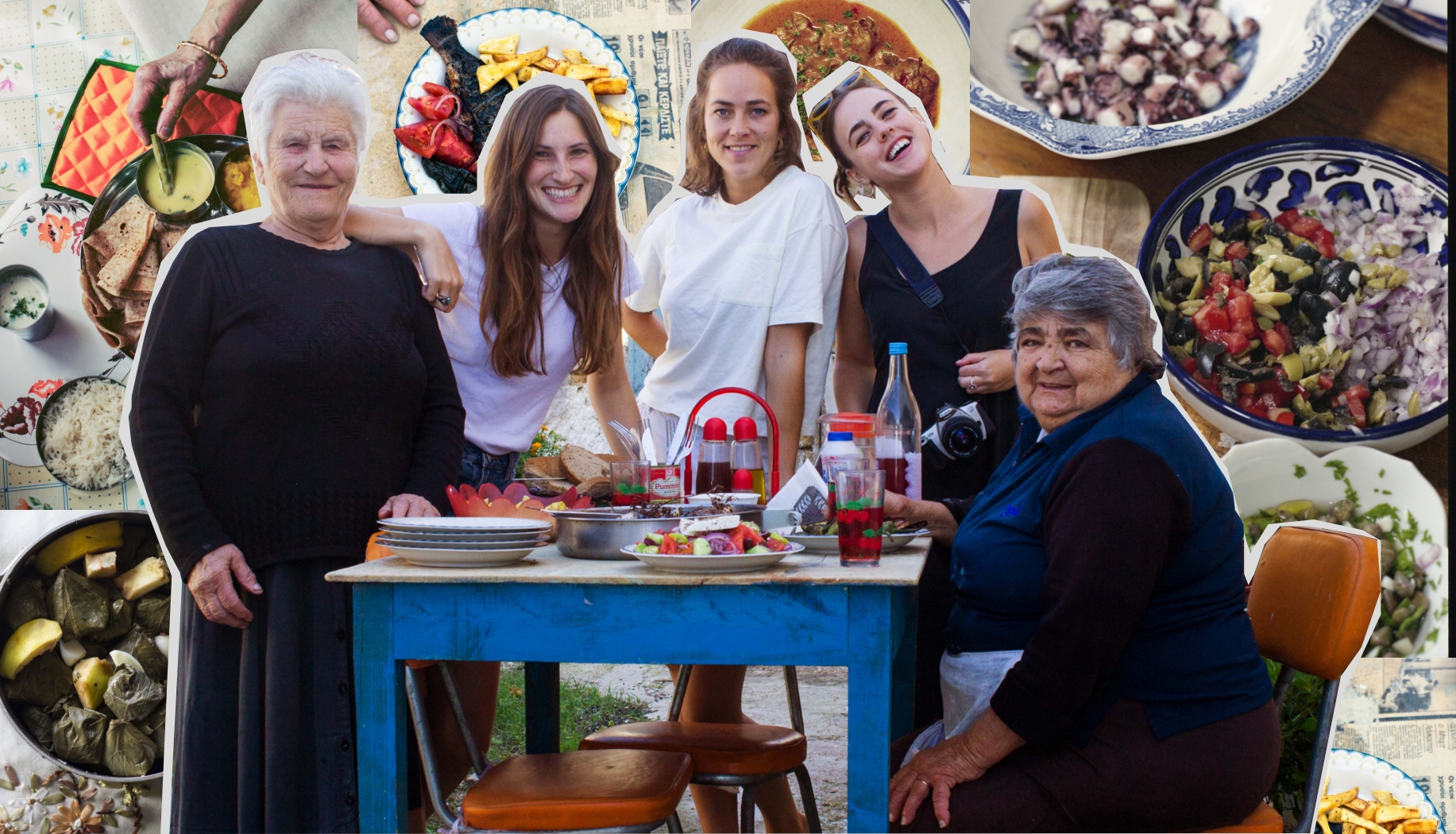 I’ve been cooking with grandmothers for six years now. Inspired by my formidable Greek Yiayia, who shows her love only through the food she puts on the table (she is famous for once tying my dad atop an ant’s nest as a punishment), I set about writing the book Grand Dishes. My first book was a collection of stories and recipes from the world’s grandmothers, which took me from Corfu to Cuba, Moscow to Mexico and many other places in between, to learn granny wisdom not just in the kitchen, but in life.

Since starting the project, I’ve come to realise that women past a certain age have a level of resilience and a laissez faire approach to life that most of us need an appropriate amount of life experience to acquire. Cooking with them in their kitchens, alive with the sounds and scents that trigger nostalgia, all sorts of revelations spill out. One lady admitted to only finding real love in her seventies. Another told me her marriage was the product of an affair with a much older man. I’ve been told ‘have fun with men now, you’ll be free of the need for them later and that’s when things really get interesting’.

It’s not just recipes that I’ve picked up on my travels, it’s a real insight into what it means to be a woman and how to channel that inner strength that we all possess. For this reason, I decided to call the brand ‘Matriarch Eats’. These women are not cutesy grannies. They’re powerful forces that have lived through so much more adversity than we can ever imagine. They’ve walked through deserts to escape war. They’ve lost children. They’ve loved fiercely and had to let go of that love, to another woman. 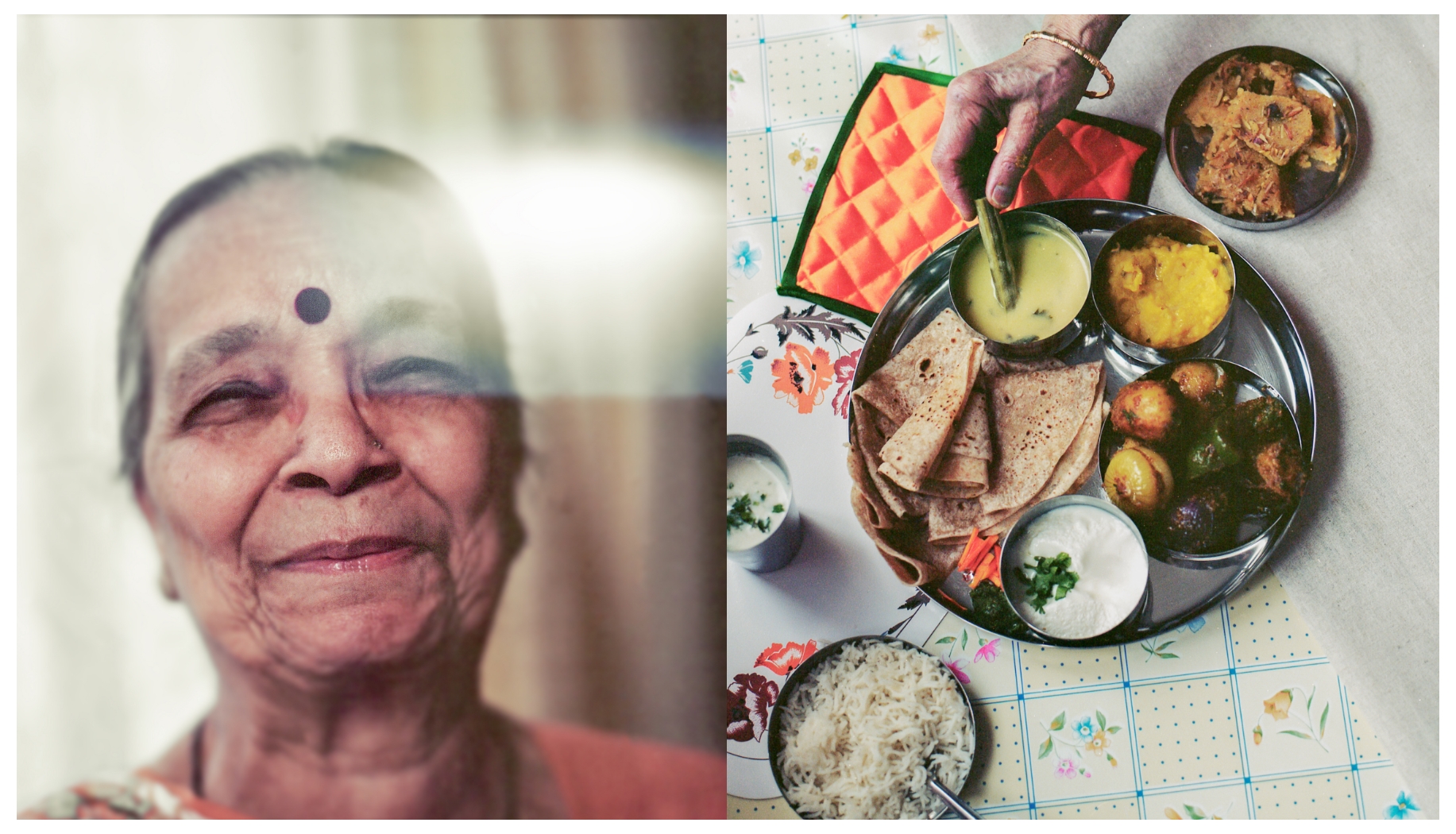 The term ‘Matriarch’ might, to some, sound ‘aggressive’. For me, it’s the perfect word to describe my own Yiayia, my namesake and the mother figure that saw me through most of my childhood and teenage years. Being a girl in a family of ten on a Greek island in the 1940s, she never learned to read and write. She was raised in a patriarchal society and was ‘given’ to my grandfather by her brothers and father. Despite all this, it has always been Yiayia that has been the head of the family. She made the decisions and held the purse strings.

My second book, YIAYIA, to be published by Hardie Grant in Spring 2023 is an ode to the Greek matriarch. Again, it’s me extolling my Yiayia, along with another 70 grandmothers dotted around my native Greece. The book will tell the story of Greek cuisine through its most characterful matriarchs. 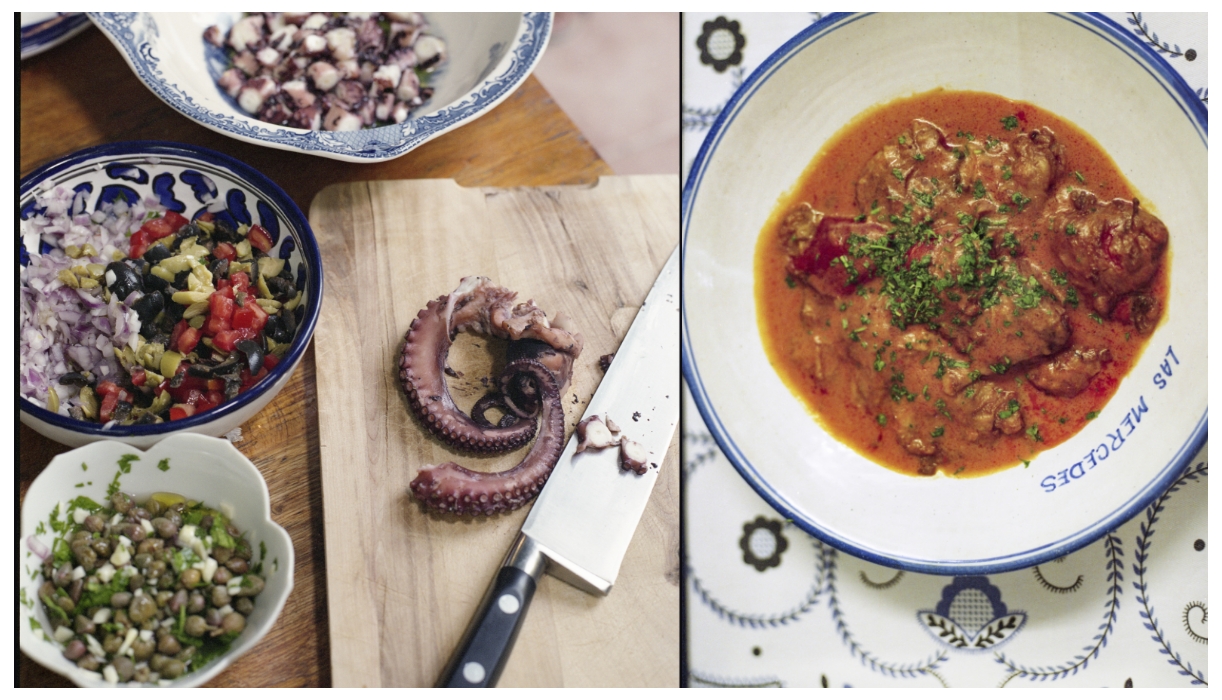 By some smirk-inducing twist of fate, the deadline for the manuscript of my second book coincides with the birth of my first child. A daughter. As I travel around Greece to collect recipes, from the Italian-influenced Ionian isles to Balkan villages in the north and wild, far-flung Cycladic islands, I can’t help but think about how lucky my daughter already is. Her own grandmothers will be English and Italian, (on account of me being half English!) but she’s currently being fed by more Greek Yiayiades than anyone has ever had the pleasure of being fed by. Along with the stories and life lessons I’m collecting for my next book, I can’t think of anything more nutritious.

My latest book - Grand Dishes - is now available to buy. 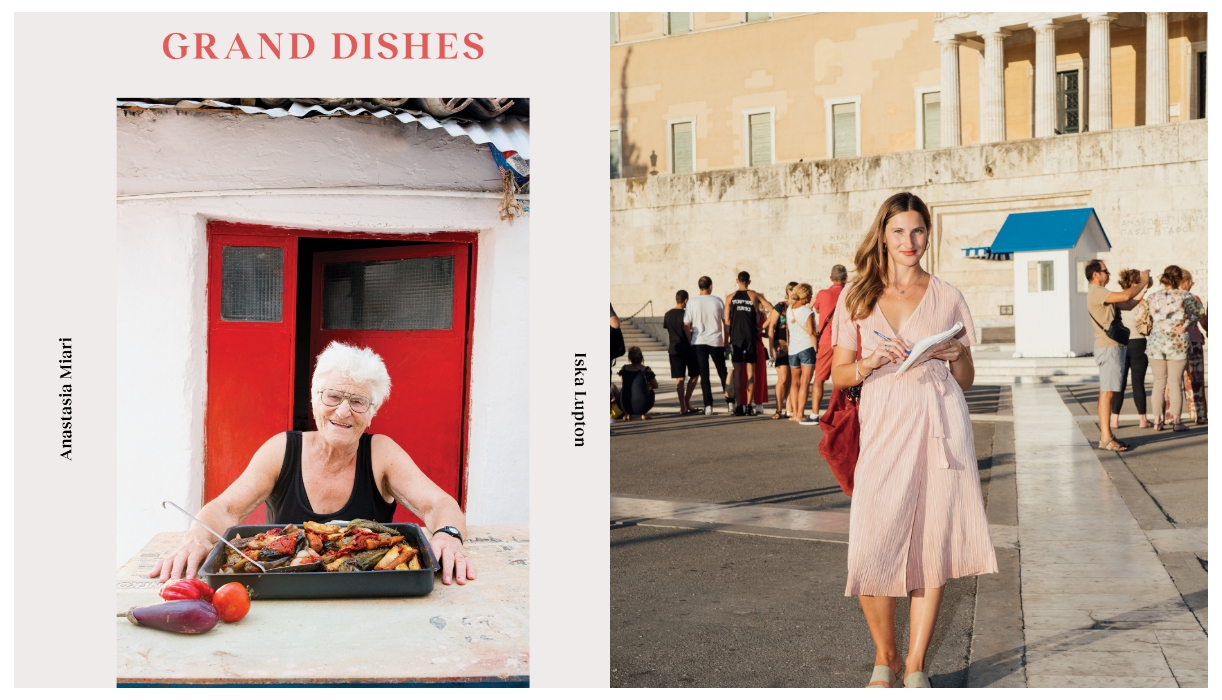 With a sharp knife make 3 or 4 incisions along each side of the fish and rub all over with sea salt flakes before placing in a large dish.

In a bowl, prepare the marinade by combining the oregano, olive oil and garlic.

Spoon the marinade over the fish, rubbing the mix all over and inside the fish to coat.

Cook the fish over fire, on a barbecue or under a hot grill for about 8-10 minutes on each side, until the skin is blistered and the fish cooked through.

Squeeze the lemon juice over just before you serve (don’t add during the cooking as it makes the fish stick to the grill).

Boil the potatoes in a large pan of salted water for 15-20 minutes, or until tender. Drain and leave to steam in the pan for a moment.

Bash the garlic cloves in a pestle and mortar until they form a paste, or finely grate. Yia yia’s pestle and mortar is a thing of wonder and big enough for her to add the potatoes, but if yours isn’t, simply transfer the garlic into the potato pan with the olive oil and mash or blend with a hand blender until smooth.

Finally, add the lemon juice and season to taste. Then add a little bit of water at a time, until it reaches a runny consistency. Serve with an extra trickle of oil on top, if you like.

YIAYIA will be published by Hardie Grant in Spring 2023