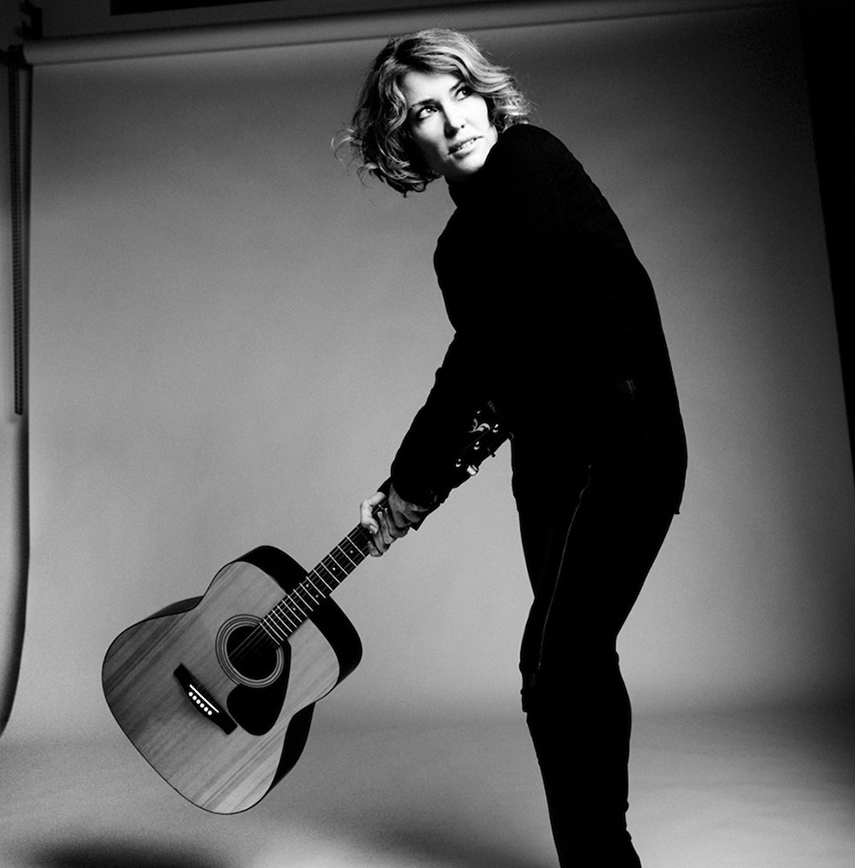 She’s a DJ (her Sunday show is the most popular on BBC Radio 6 Music), musician (former frontwoman of Catatonia, one of the most successful bands of the 1990s), children’s author, co-founder of The Good Life Experience Festival, composer (of a forthcoming ballet) – but Cerys Matthews is nonetheless “pleasantly surprised” by her success. “I’ve just followed the path of my passions and been lucky. Why would you limit yourself?”

I think having my radio show has changed everything. I did it because I had faith in the music I play – more faith than I do in my presenting skills, not being a presenter by trade. The tracks over-ride my stumblingness. I am so heartened by the audience – 700,000 people, from babies who listen from the minute they are born to people listening in old people’s homes. They’re not people responding to an algorithm; they’re breathing, thinking, intelligent listeners. There’s nothing better than someone getting in touch to say ‘that’s my favourite, too’. I feel like it’s an endless journey.


What did you want to be when you were growing up?

I toyed with the idea of being a farmer, and then from the age of nine I was clear I was going to be Bob Dylan. This little white Welsh girl had the lofty ambition to be in the realm of one of the most important cultural icons of the time! I was one of those children who hated injustice. At school girls weren’t allowed to do woodwork, we had to do sewing, so I organised a mutiny. Pippi Longstocking was my hero.

Aim high. Look at the stars even if you’re in the gutter.


How did your childhood influence your music?

I was given at recorder as a child and and an obsession was born. My father liked jazz and opera – maybe I got his genes? My mum was a great reader – and music is about telling stories.


How do you encourage children to be musical?

I like Keith Richards’s theory: if you want them to start playing the guitar, tell them they’re not allowed to touch it! I’m more of a ‘watch what you play them’ and I’m really particular: why play Adele when you can play Aretha Franklin? The Kings of Leon why you can play the Rolling Stones? Disney when you can play them Bob Dylan? Children’s collections when you can play Motown? Don’t compromise or patronise – they can take a tonne more than you expect.


As part of Catatonia, you were very much a fixture on the rock and roll scene – how were those days?

I never look backward, so I don’t miss it. Fame is a pretty strange place. 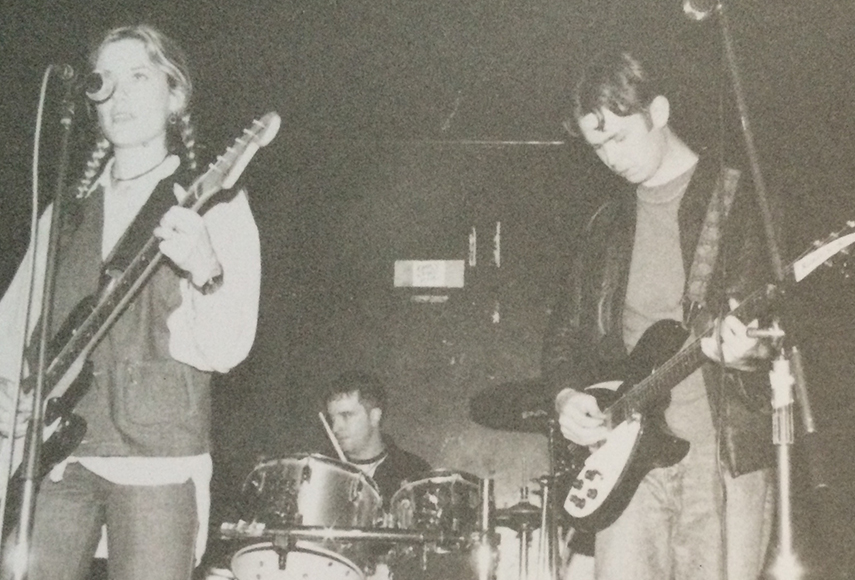 Singer, presenter, author…are you conscious of having reinvented yourself?

I’ve never been that clever. I’m a very ‘skin of my teeth’ kind of person. But I don’t have a bad work ethic: I work hard and am very focussed. That helps.


What advice would you give your 18-year-old self?

Read the small print when signing contracts. And surround yourself with people who make you happy.

That’s a pretty tough one. It hasn’t happened yet. If I can keep the story of the Grenfell Tower going, and get the council responsible to step down – that might be it. All that really matters to me is that people are held accountable for the horror of what we witnessed; what they have been warned about since 2010.

Sitting around a fire in my little garden in front of my fire, with my family and the odd neighbour popping in. I like being a small fish in the big pond of my community. We’d play early jazz and have some German beer and Spanish wine.


What is the most important lesson life has taught you?

Not to trust the people in charge; that they put duty first and are here to serve.


What keeps you awake at night?

That: the issues with local government and the Achilles’ heel of democracy.

Big hearts and a love of literature.


Choose six women - dead or alive - to have dinner with: who and where do you go?

Empress Wu Zetian, Anne Boleyn, [blues guitarist and vocalist] Memphis Minnie, Josephine Baker, Emily Wilding Davison, and Teresa May, so I could have a word. We’d go somewhere local so they could see how great the community is: a restaurant on Portobello, perhaps. 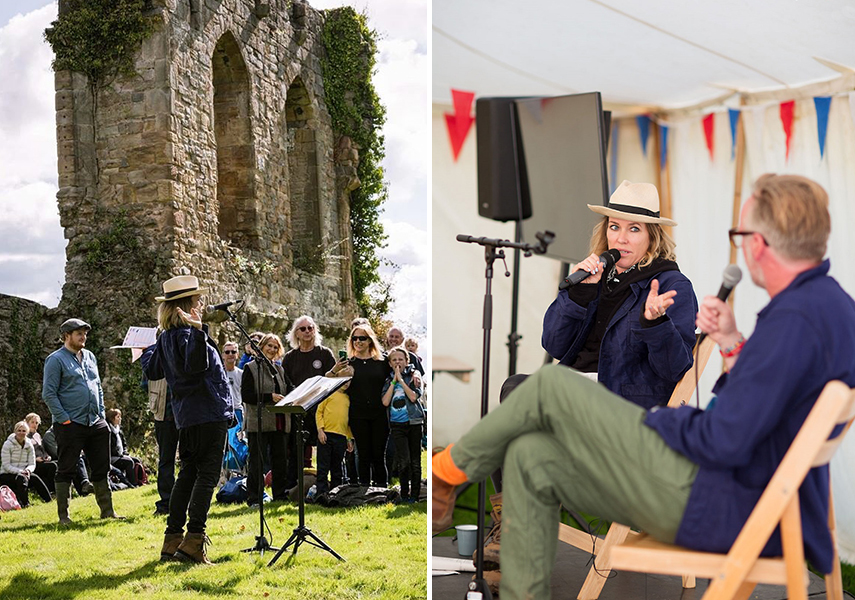 Tell us about the Good Life Festival...

Having been on the festival circuit all my life, as a broadcaster, performer, punter, I felt that they were pretty much all corporate and driven by headline-grabbing acts. And I never subscribed to that. I judge things on their own merit and long-term quality. Don’t patronise me and expect me to follow like a sheep! I don’t want VIP areas, a ‘them and us’ divide between punters and players. We are all born equal and we are given a chunk of time to fill with the most fascinating things we can. The world is so fascinating – anything is interesting if you get the right person to talk about it – and that’s exactly what we do.

It really is the most welcoming festival: it’s enlightening and allows you to try your hands at a new skill, be that music, cooking, handcrafts, the great outdoors, the natural – you really can do anything from making your own bow and arrow to cook on an open fire or make ropes, as well as listen to musicians, authors, experts in their fields talk about fascinating subjects. Once you pay the ticket price, everything is included.


How do you define ‘the good life’?

We live in such a commercial world. We’re sold the idea that the ‘good life’ constitutes having the perfect body, jewellery, car, holidays, friends who move in the right circles. But if you’re not that kind of sheep then you can find your own version of the good life. What you feel is right for you. There isn’t just one good life.

Having a 13-year-old child with mud on his cheeks saying, “I’ve had the best weekend of my life”. That child is the Whatsapp, Snapchat generation; under so much pressure to act, walk and present; a huge chunk of their time spent in the virtual world. To give them access to the freedom to get dirty, climb a tree, build something with their hands, light a fire...they love it. That 13-year-old was my child.

A compilation of old-time hillbilly blues, some Louis Armstrong, Johnny Schmidt, the jazz saxophonist Sidney Bechet and some Back towards the end of the evening.


What are you: watching/reading/listening to right now?

Watching: Blades of Glory – it’s one of my favourite films. In difficult times, I couldn’t watch anything else – this is so silly and funny it lifts my spirits.

Reading: Charlotte Bronte’s Villette – one of my favourite novels.


Last time you laughed out loud?


One thing people would be surprised to learn about you?


Over or under dressed?

Under – mind you I always loved Vivienne Westwood. Maybe I’m a comfortable over-dresser...

Winter for the fires. 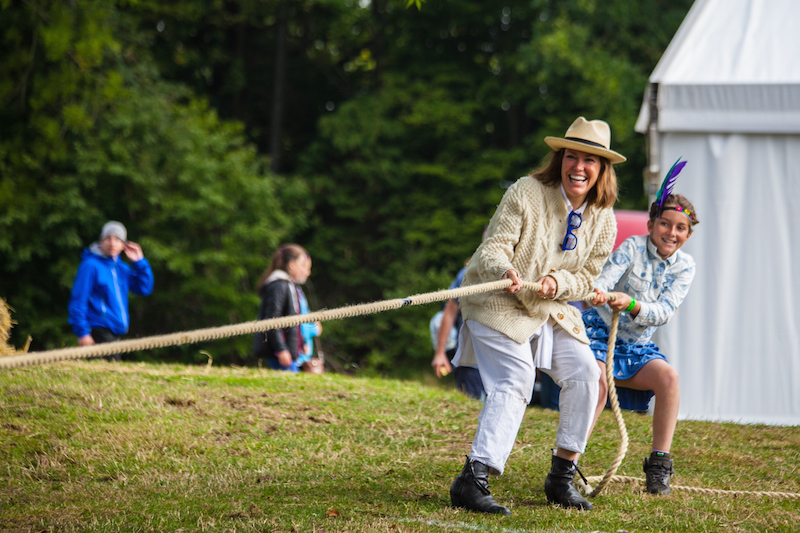