The arrival of British Summer Time means there's lots to look forward to. Potentially too much. But sit back and relax because we've done the hard work for you. From April to August, across the UK, we've done a round-up of some of the best things to do, eat and see this summer. Here's what not to miss...

Best of all thing British 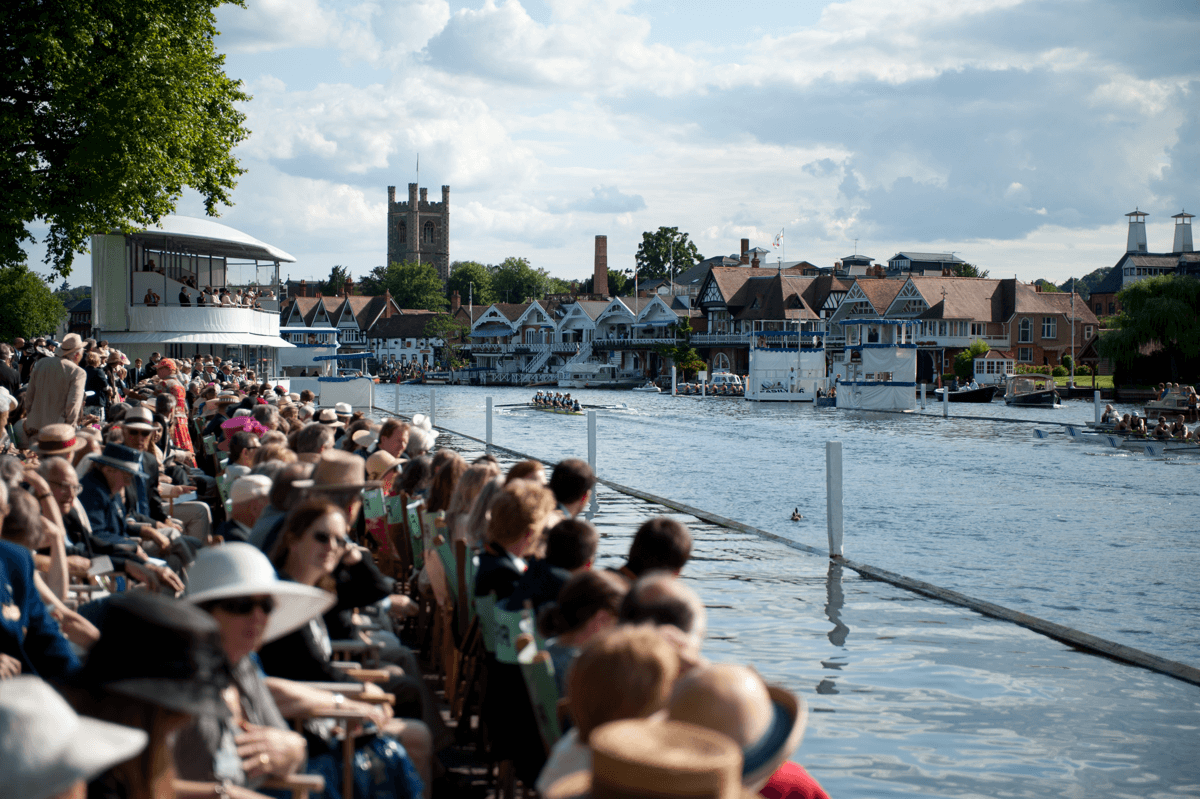 Can you get any more quintessentially British than a trip to the Regatta, attending a match at Wimbledon or eating oysters at the Whitstable summer fair? Probably not, no. As summer brings out the sunshine along with a number of events, celebrations and excuses to gather together and have a jolly old good time, here's some of our favourites taking place this summer.

Undoubtly the best known regatta in the world, the Henley Royal Regatta is a highlight of the summer sporting calendar. Head to Oxford in July for five days of races, boats and fun along the riverside. For sailboats and sea views Cowes Week on the Isle of White in August is another notable summer tradition. And of course, the Wimbledon Championships held in July is another sporting sensation. If you can't make it to the courts try Great British Summer for free outdoor screenings across the capital and enjoy the grand slam from a surprisingly comfy deckchair!

Outside of London, starting in May catch Giffords Circus as the village green circus tours the UK throughout the summer, head to the seaside at the end of July for the Whitstable Oyster Festival, or look up to the skies in August at the International Balloon Fiesta in Bristol, to see Europe's largest annual meeting of hot air balloons at Aston Court Estate. Cameras at the ready.

For those in the city, Somerset House is offering up another world-class line-up for their eleven-night Summer Series; from Sigrid to Flight Facilities, catch fresh talent at this iconic London landmark. Green fingers can while away a summer weekender at Open Garden Squares Weekend in June, where you can explore 230 private, secret and little-known gardens across the London boroughs. And finally, for those keen to dress up in elegant finery don't miss The Chap Olympiad - Britain's eccentric garden party. Taking place in a leafy central London square, gather for games and a “celebration of sporting ineptitude and immaculate trouser creases”. 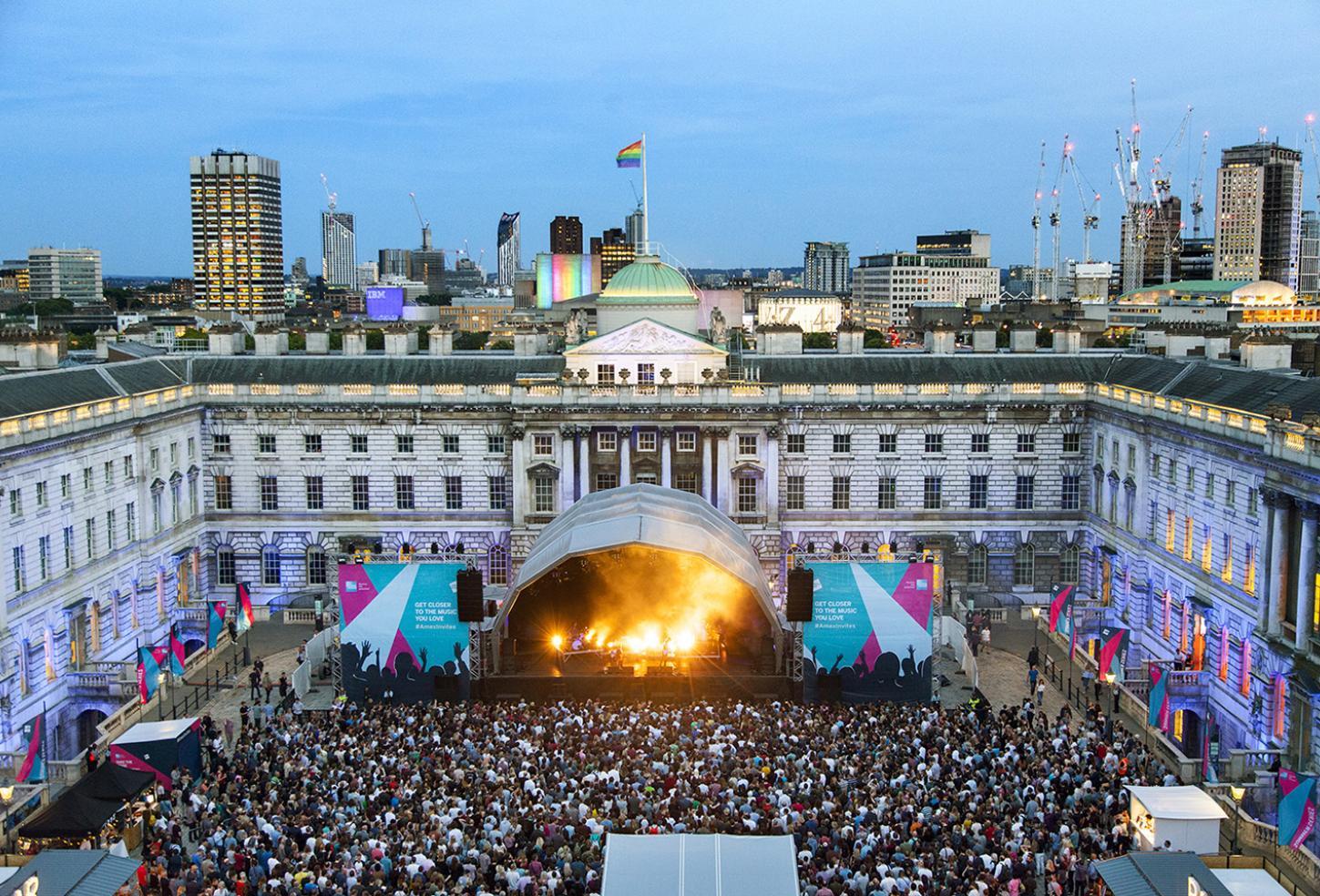 From failsafe pop-ups to new restaurants, there's plenty of food to get your teeth into this summer (literally...). For classic alfresco drinking and dinning under a foliage-filled setting, head straight to Pergola on the Roof in Paddington for another summer stint (we recommend a mouthwatering Patty & Bun burger or a fish taco fix from DF/Mexico!). Or stop by the National Theatre’s River Stage Festival, as it'll be transforming the South Bank into an alfresco foodie haven for four weeks between July and August.

Hush favourite, The Greatest British Food Festival is sweeping the nation, one plate at a time, starting in April and ending in September held at gorgeous stately homes across the country. And for the northerners; Leeds is playing host to a number of tempting food festivals, check out Leeds Indie Food at the beginning of May or North Leeds Food Festival between June and July for independent street food, innovative demos and an abundance of local produce.

New London restaurant hot spots to look out for include BRAT in Shoreditch, a pared-back barbecue-inspired restaurant from chef Tomos Parry, which cooks up delicious dishes over a wood-fuelled live fire (make sure to book or risk walk-in space the bar!); new neighbourhood restaurant Sorella in Clapham, perfect for a taste of Italian summer, and the mega-instagrammed Vegan chain by CHLOE., for plant-based (practically guilt-free) comfort food at its finest.

Lastly, make sure to raise a glass at the Edinburgh Whiskey Festival for the Whiskey Lounge's 10th birthday in June, down a cold pint at the Shoreditch-based London Craft Beer Festival in July or enjoy an award-winning tipple (or two) at the Gin Festival, taking place from Newcastle to Norwich between May and September. 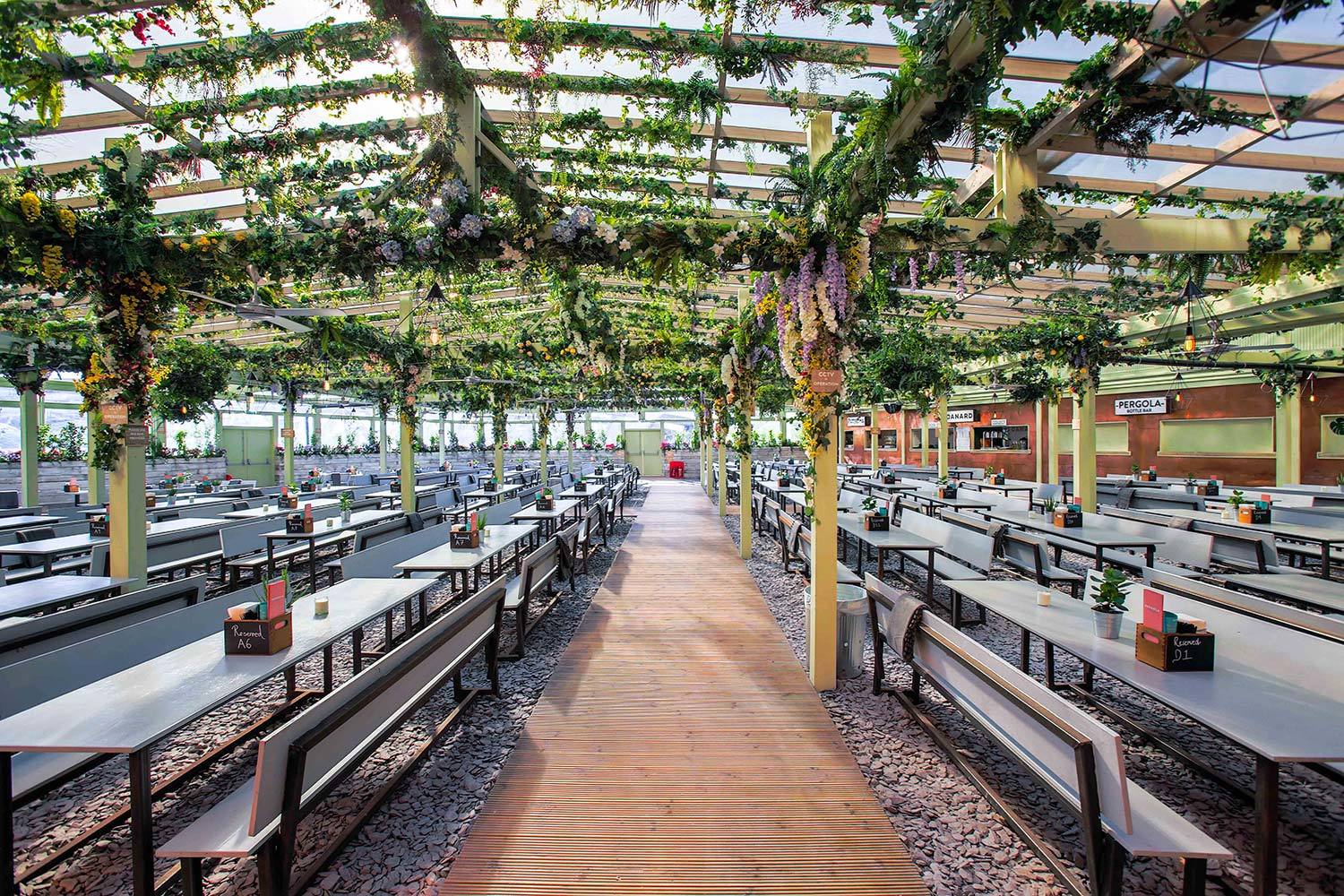 For the Festival Goers Kicking off with music festivals worth putting your wellies on for, our favourite day fests include the Smoked & Uncut series, hosted at THE PIG and Lime Wood hotels in June and July, ideal for those looking to fuse live music with some feasting, and Citadel Festival in London's Gunnersbury Park - a one-day wonder festival, combining music, theatre, arts, speakers and debates on a mid-July Sunday. While Port Eliot Festival in Cornwall, will always be a hush favourite for a four day music and arts fest for the imagination, showcasing unique talent in breathtaking, Grad 1 listed grounds.

For lovers of the arts there's no better place than Scotland's most prestigious summer event, the Edinburgh Fringe Festival, drawing in comedians, actors, performers and poets for the whole of August. While literature lovers should take a trip to Hay Festival in Wales during May and June for the 10-day festival of story-telling, writing and music surrounding by the beauty of the Brecon Beacons National Park; or for those looking for something a little quirky, find yourself in Durham for street theatre, circus performance, dynamic dance and immersive shows at the Stockham International Riverside Festival (SIRF18) between 2nd-5th August.

Later in the summer, if you're after a more intimate retreat with a touch of excitement due to it's secret location (only an hour and a half from London), Summer House Weekend is coming on August 29th-2nd September. Escape from the city with a small group of like-minded campers, swimmers and outdoor game players within the grounds and gardens of a beautiful country house - a guaranteed shelter if it does decide to rain! For the Theatre Lovers 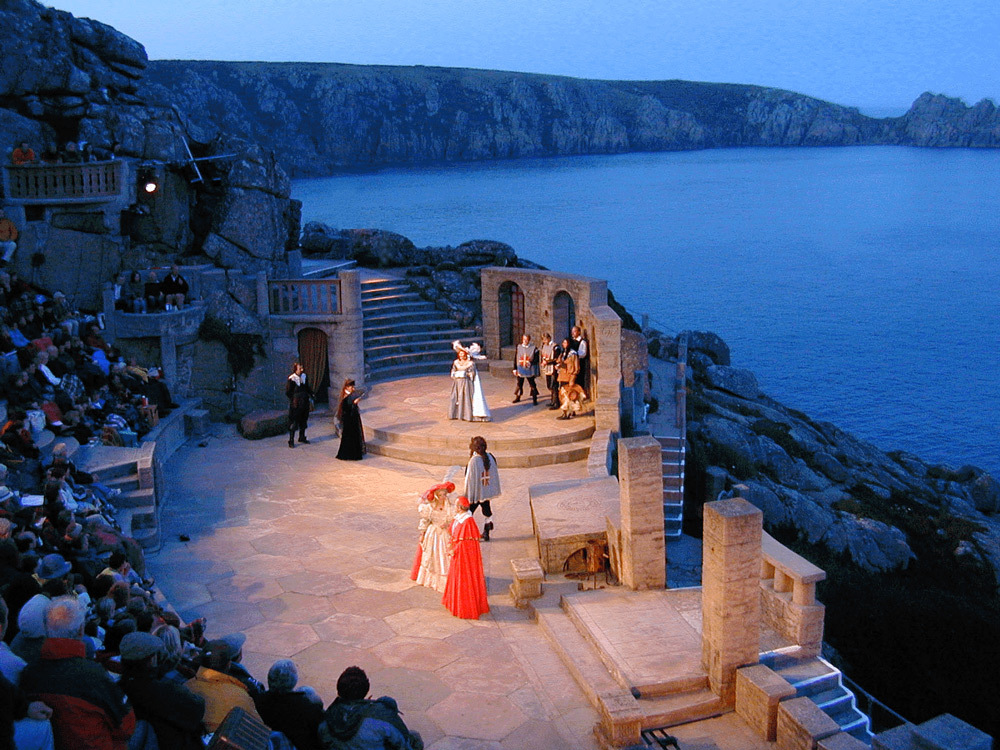 Albeit weather dependent, Open Air Theatre is one of the best aspects of warmer months. Othello at the Globe Theatre is set to be this summer’s Shakespeare must-see, showing between July and October, alternatively treat the family to a show at the award-winning Regent's Park Open Air Theatre, a firm fixture of summer in the city, providing a cultural hub in the beautiful surroundings of a Royal Park. Everything from family-friendly Peter Pan to the weird and wonderful Little Shop of Horrors - all in open air. (Plus look out for the special screening of Spice World on the 26th August!)

Or combine stunning cliff sea views with stunning theatre and visit one of the world's most famous outdoor theatres, the Minack Theatre in Cornwall. Enjoy Much Ado About Nothing or Sense and Sensibility with a dramatic backdrop of ragged rock face and azure horizons.

For those who are happy to remain indoors, feast your eyes on The Lehman Trilogy, a weighty epic directed by Sam Mendes at the National Theatre opening on July 4th, Allelujah! by Alan Bennett (his first new play in years) from the 11th July until September at The Bridge Theatre, Tony award-winning US hit musical Fun Home is coming to the UK from June 18th at the Young Vic, and Poldark fans rejoice, Aidan Turner will appear in The Lieutenant of Inishmore at the Noël Coward Theatre from the 23rd June (sadly with his top on...).

If you’re heading north, make sure to stop off in Manchester to catch Maxine Peake performing Happy Days from 31st May in the next part of her collaboration at the Royal Exchange Theatre (heads up - it won’t be happy) and swing by Sheffield to see Fleabag, Phoebe Walker-Bridge’s cult hit following the BAFTA award-winning BBC series, between late May and early June. 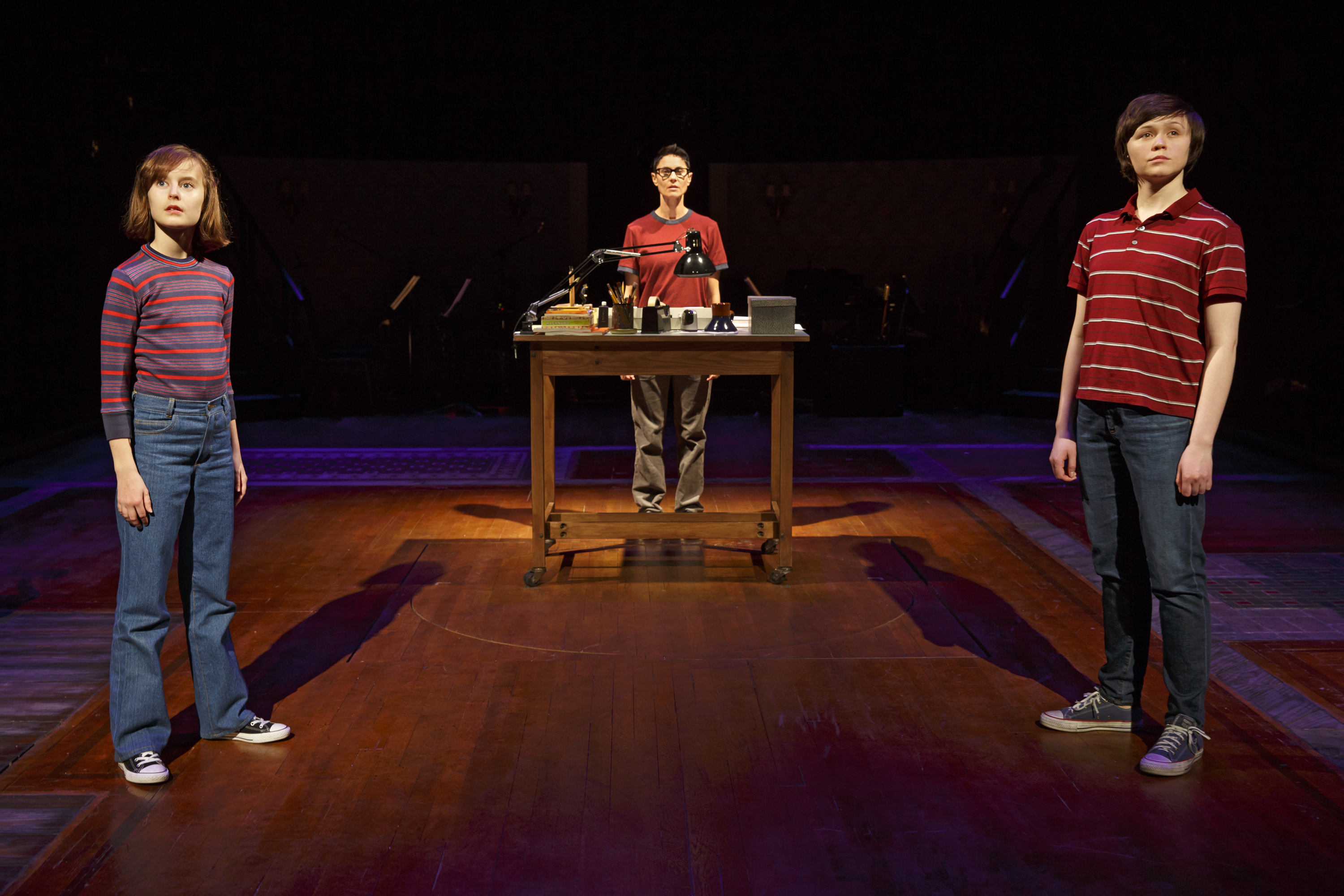 For the Culture Vultures

Whether you're after a family day out or an afternoon spent gallery grazing, there's plenty of new exhibitions opening, reopening and soon to be closing across the country over the next few months.

The Monet & Architecture exhibition at the National Gallery is one definitely not to be missed, featuring 75 paintings by Monet shown together for the very first time - make sure to pay a visit before it ends on 29th July.

For oodles of colour and summer panache, don’t miss Picasso 1932 - Love, Fame, Tragedy, the first ever solo Pablo Picasso exhibition at the Tate Modern. You have until 9th September to immerse yourself in his paintings, sculptures and drawings, along with family photographs and rare glimpses into his personal life.

One for interior design lovers, Rationalism on Set: Glamour and Modernity in 1930s Italian Cinema is another exhibition worth filling an afternoon with. On until June 24th at The Estorick Collection of Modern Italian Art, lose yourself in a little-known period of Italian cinematic history through original sketches, set designs and inspiring vintage photographs - bellissimo.

While the National Portrait Gallery will soon be playing host to Michael Jackson: On the Wall, between 28th June and 21st October, an exciting exhibition exploring the works of over forty different artists, from both public and private collections, of the infamous performer. Coinciding with what would have been the singers 60th birthday on August 29th.

For the Film Fanatics 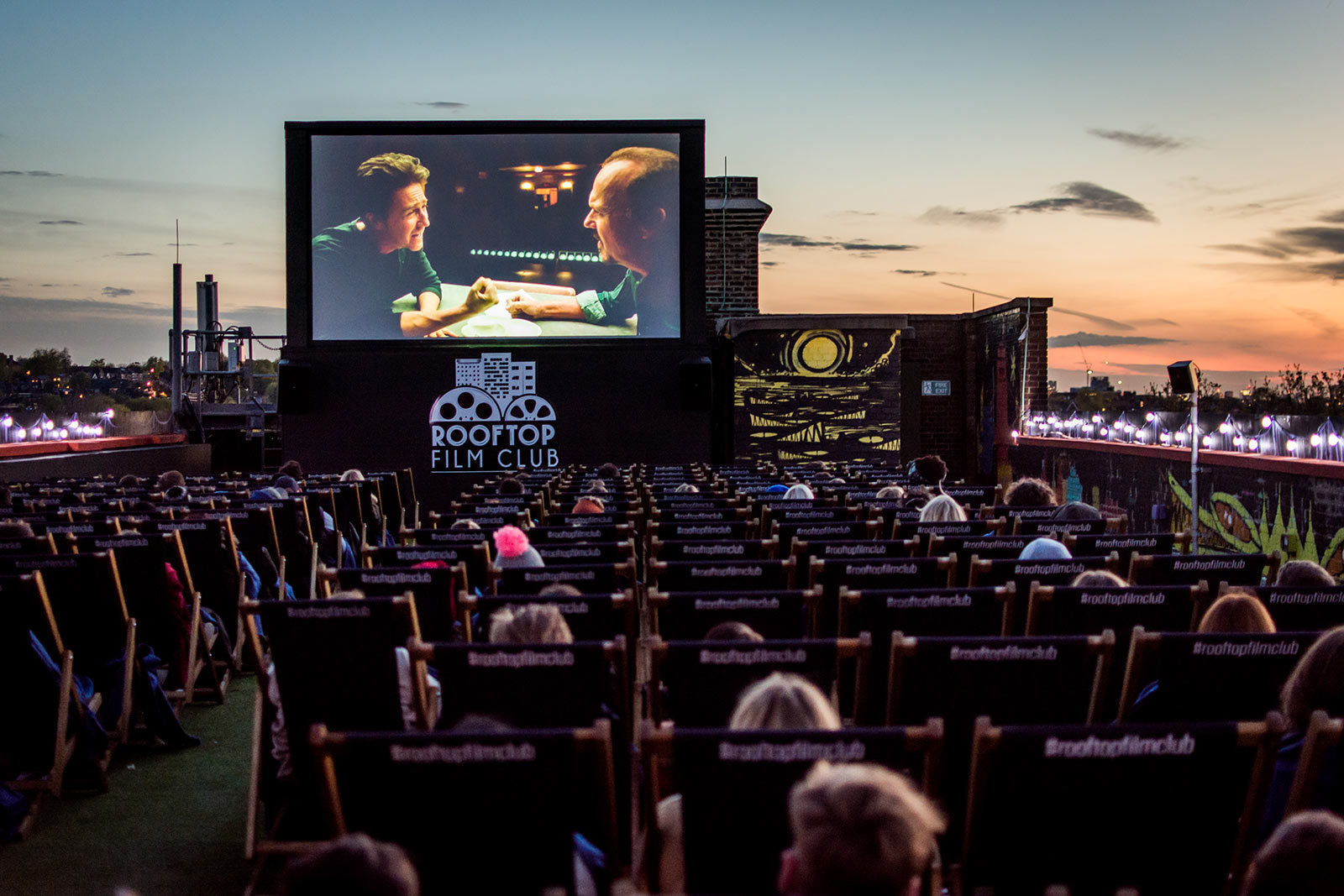 With lighter evenings, warmer temperatures and the need for an excuse to enjoy more pimms-filled picnics outdoors, open air cinema has taken the country by storm. From classic film on a big screen in a beautiful, prestigious setting to contemporary cult cinematography, reeled on rooftops and beaches, there's plenty of must-see movies to watch under the stars this summer...

Starting from the top, subscribe to Rooftop Film Club London and eagerly await their spring programme to find out what 2018 has in store for their sky high screens. Back down to earth, rely on Luna Cinema to deliver films in fantastic, magical locations across London - think castles, lidos, parks and palaces. For a touch of class, why not go for a pimms in a palace garden and see Oscar-sweeper The Shape of Water on the silver screen at Hampton Court Palace.

Picnic-enthusiasts settle down with your wicker baskets in tow at Picnic Cinema, for The Big Lebowski and The Adventures of Priscilla Queen of the Desert at Muncaster Castle in Cumbria. With the promise of dancing, disco, tomfoolery and shenanigans in extraordinary location. While Fish'n''Chip fans should head to Brighton Big Screen, with a bag of chips and a blanket, for classic seaside screenings and fun aplenty.

Whichever cinema you reside in this summer, releases to note include: On Chesil Beach starring Saoirse Ronan and Billy Howle will bring Ian McEwan’s bestselling to novel to life from 18th May, the much-anticipated Pixar sequel The Incredibles 2, out 19th July, is ideal for families and animation-addicts alike, and whether you love it or loathe it, Mamma Mia! Here We Go Again, will be bringing the hits of ABBA back to the big screen...

On your marks for the best-summer ever. Ready, steady, go!