New TV to get excited about

Our guide to the must-watch series coming up this month 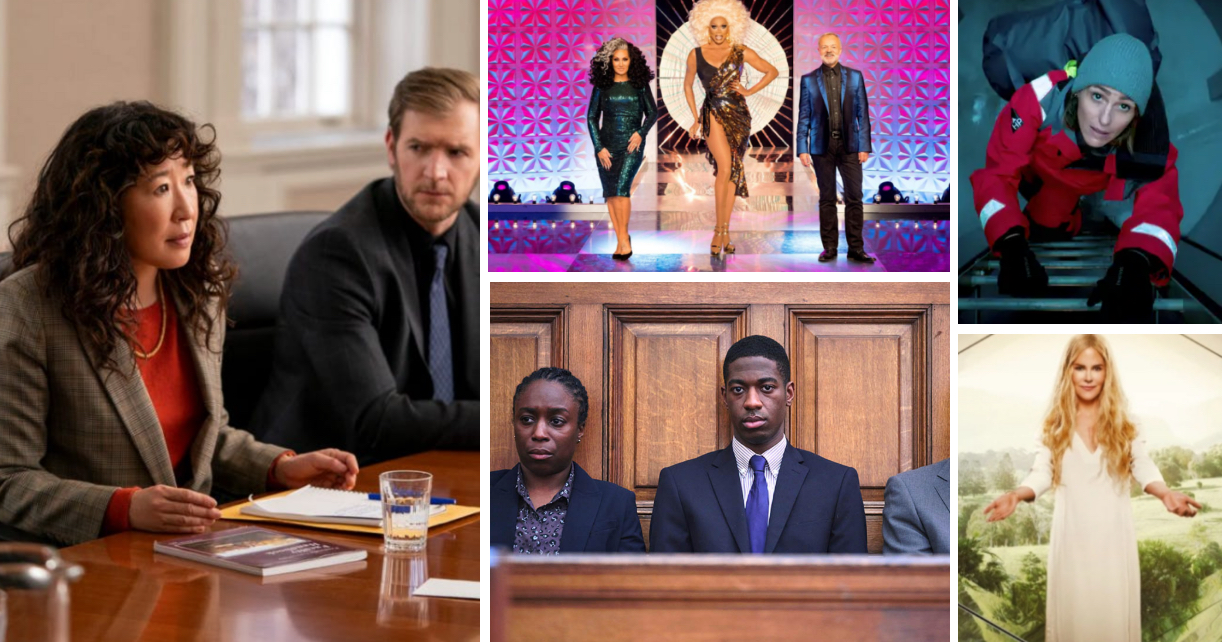 Though we're supposedly living in a "golden age of TV", it can be a challenge to find a show that we really want to watch. There's nothing wrong with a Sunday afternoon Four in a Bed marathon – especially one where contestants are fussing about overdone poached eggs – but sometimes we crave something a little bit more substantial.
With this in mind, here's a guide to five must-watch series coming up in the next couple of months. Whether you're into comedy, drama, true-crime, or reality, there's something here to bookmark and binge-watch. And best of all: they're spread across a variety of platforms, so there’s no need to get sucked into a Netflix vacuum.

The all-star drama that will keep you guessing: Nine Perfect Strangers

Adapted from a novel by Big Little Lies author Liane Moriarty, this eight-part drama reunites that show's screenwriter, David E. Kelley, with its award-winning lead, Nicole Kidman. (Kelley and Kidman also teamed up for this year's The Undoing, so they're forging quite the creative partnership). This time, she plays the somewhat eccentric host of a health and wellness resort that promises to transform the lives of nine stressed city-dwellers. The brilliant cast also includes Melissa McCarthy, Regina Hall and Luke Evans; if the creepy trailer is anything to go by, it won't end well for everyone. Coming to Amazon Prime Video on 20th August.

The dark comedy with a topical edge: The Chair

Killing Eve fans will know that Sandra Oh can be truly hilarious, so her new comedy series should be a must-watch. She plays Professor Ji-Yoon Kim, the first female and first POC chair of the English department at Pembroke College, a stuffy-looking fictional American university. Teasers suggest she's been drafted in to steer Pembroke through a major crisis, though the exact plot is being kept under wraps. There's no doubting the show's pedigree, though: it counts Game of Thrones creators David Benioff and D. B. Weiss as executive producers and Togetherness actress Amanda Peet – Benioff's wife – as its writer. Oh has already delivered some first-class slapstick in the trailer. Coming to Netflix on 20th August.

This three-part miniseries is a sequel to the 1999's The Murder of Stephen Lawrence, an acclaimed docudrama about the killing of Black British teenager Stephen Lawrence in a racist attack. Set in 2006 – six years after an inquiry heavily criticised the Met Police's handling of the case – it follows grieving parents Doreen (Sharlene Whyte) and Neville Lawrence (Hugh Quarshie) as they continue to fight for justice on behalf of their son. Line of Duty creator Jed Mercurio serves as an executive producer on what looks like a powerful and incredibly poignant follow-up. It's been made with the full support of the Lawrence family. Coming to ITV in early autumn.

This super-sassy reality show has become a global phenomenon, but the British version is now the jewel in its crown. Expect to become fully hooked as queens from all over the country compete to prove they have the charisma, uniqueness, nerve and talent to become the "the UKs next drag superstar". Show-stopping outfits, intricate makeup looks and hilarious challenges are a given, but part of the fun is watching American host RuPaul grapple with some very British pop culture references. For a taster, check out standout queen Bimini Bon Boulash’s brilliant impression of Katie Price from the last series. Coming to BBC Three in September.

The twisty thriller that will get the whole country talking: Vigil

This six-part thriller is destined to become the next Line of Duty-style event series – or at least that's what the BBC is hoping. Suranne Jones and Rose Leslie star as police officers investigating the mysterious disappearance of a Scottish fishing trawler and a death onboard the submarine HMS Vigil. According to the blurb, it's "an investigation on land and at sea into a conspiracy that goes to the very heart of Britain’s national security". To add to its meme appeal, Line of Duty's Martin Compston – a.k.a. waistcoat-wearing DS Steve Arnott – co-stars as a member of the submarine crew. Bring it on. Coming to BBC One and iPlayer in the autumn.