Missing your movie fix? Try these open-air experiences this summer

Where’s the best place to watch a film?

Over the last few months, we’ve trialled them all – a rom-com flickering on our smart phone screens; cowering behind the sofa cushions while streaming a horror movie on the TV; even dragging a laptop outside in an attempt to deceive ourselves that we’re not in the same four walls.

But try as we might, we still miss the cinema. The smell of freshly popped buttery popcorn. The huge screen with surround sound. The collective gasps and laughter from fellow audience members. Nothing can beat it – or so we thought, until along came outdoor cinema. ­

Drive-ins and open-air screenings have already become a key panel of this summer’s tapestry. As the country has opened up, we've swapped living room Netflix for a sky stitched with stars, a beautiful location and a handful of immersive activities to boot – and, of course, a classic movie and all the good stuff that comes with an indoor movie theatre.

We’re talking drive-in movies with Michelin-starred grub, blockbusters served with a side of real-life theatrics and candy-striped (and socially distanced) deckchairs set in front of Britain’s most beautiful buildings. Sound good? Grab your popcorn and read on.

Luna Cinema: for a drive-in singalong 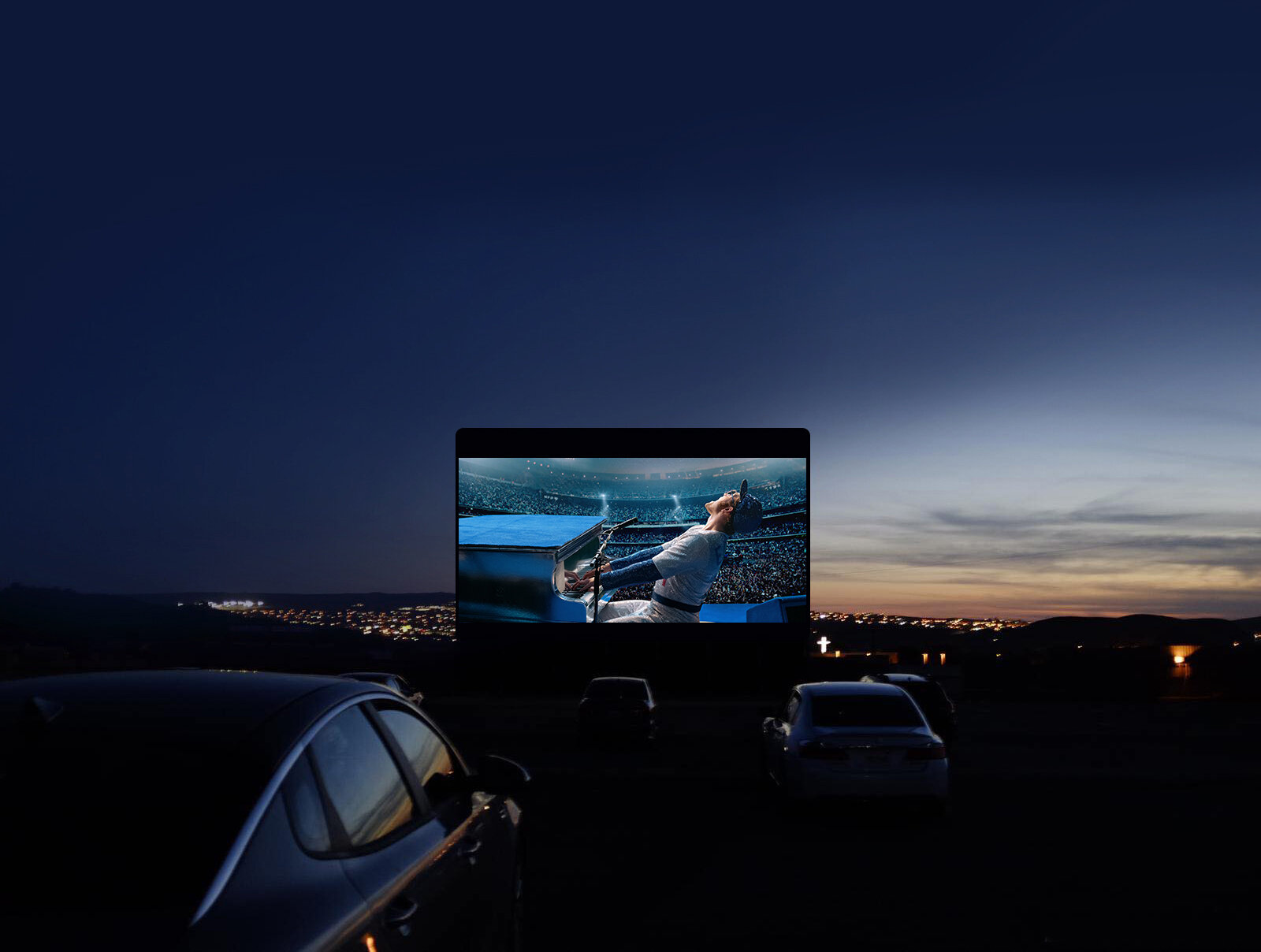 Ever fancied belting along to Grease in your car while a waitress on roller skates brings you a mustard-smothered hotdog? At Luna Cinema you can do just that – and more. The 1950s-style drive-in cinema allows you to live out your American date night dreams with a stacked line-up including Jurassic Park, Parasite and Mary Poppins – and, yes, there are singalongs on offer, too. Simply book your ticket, drive to your selected location and enjoy your film using the provided state-of-the-art in-car sound system. Book your mid-movie munch in advance – for us, it's a toss-up between the retro snack hamper or the cheese board.

The Star & Mouse Picture Show: for dressing up and deckchairs 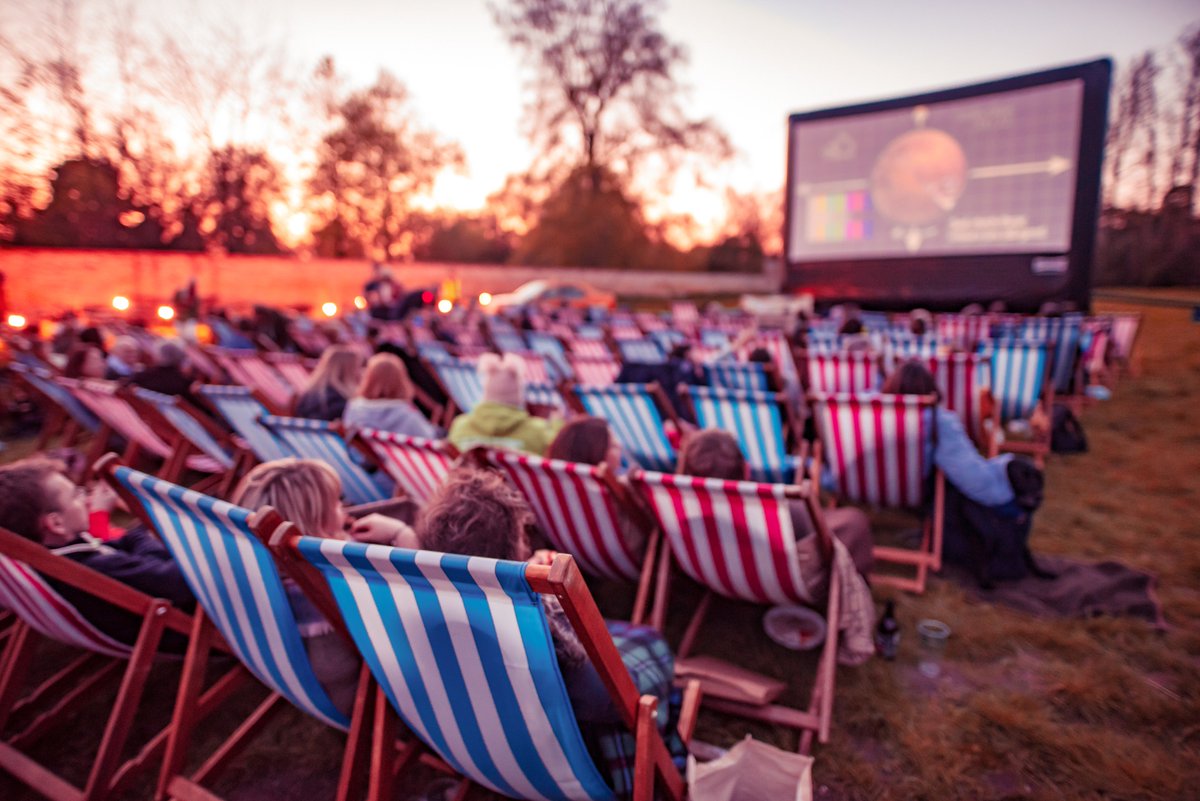 It’s no wonder this outdoor cinema feels like you’re crashing someone’s back garden – the project started with the owners hosting immersive film screenings for their mates. While technically a drive-in cinema, purchasing a gold ticket grants you access to front row socially distanced deckchairs. And that’s not even the half of it – before the show starts, there’s a cracking line up of activities to get involved with including car bingo, a DJ set and live music. Dressing up is not compulsory but actively encouraged, so you’ll catch us channelling our best Audrey Hepburn vibes while watching Breakfast at Tiffany’s.

Where? Locations include Yorkshire, Oakham and Cambridge; image from Star & Mouse on Twitter

The Lost Cinema: for a setting like no other 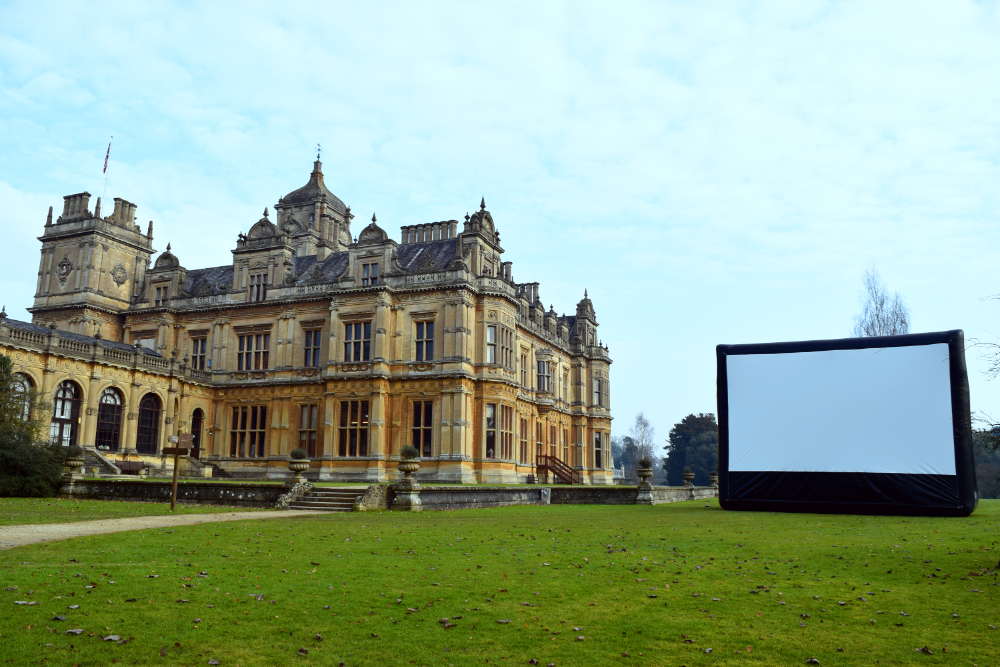 You can double your culture fix with The Lost Cinema: all of the films are projected onto the walls of some of Britain’s most picturesque historic buildings. Watching Harry Potter with Salisbury Cathedral as the backdrop? Count us in. You can either BYOB (that’s bring your own blanket as well as booze) and park yourself on the grass or splash out some extra cash to bag one of the comfy seats in prime Potter-watching position. Other films on offer include Rocketman set among the turrets of Berkeley Castle and Pretty Woman at the neoclassical Buscot Park & House. 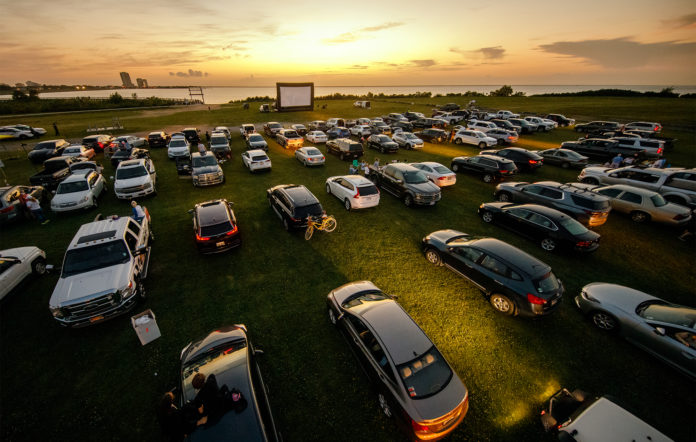 In the land of immersive films, Secret Cinema reigns supreme. They’ve been putting on interactive extravaganzas in London for the last 12 years, and now they’ve joined forces with Goodwood Motor Circuit to wow audiences with drive-in cinema. Expect a great line up of films (we’re eyeing up Moana and Bohemian Rhapsody) and, of course, Secret Cinema's signature theatrics. To eat, it’s either American diner-style food or a drive-in ice cream trolley from sponsors Haagen-Dazs – and don’t forget to decorate. You’ll be sent instructions in advance on how to dress yourself and your car to match the theme.

Drive & Dine by Tom Kerridge: for Michelin-starred dinner and a show 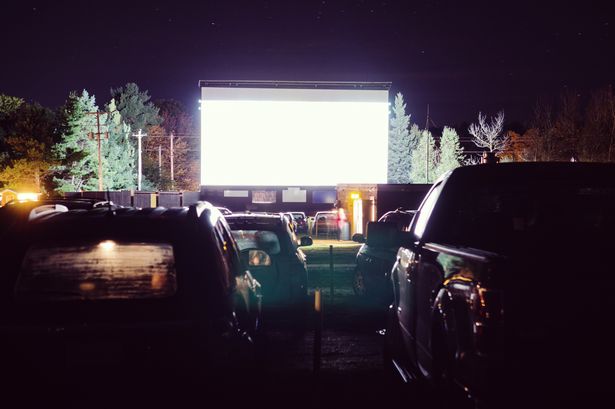 Foodies and comedy fans: this one’s for you. As well as the films (like Jaws, La La Land and Back to the Future) this drive-in theatre also offers a stunning menu devised by Michelin-starred chef, Tom Kerridge. You can tuck into devilishly good cheeseburgers, burritos and cheesecake as well as swish picnic boxes packed with sausage rolls and the West Country’s finest cheese. If that wasn’t enough, you’ll also be joined by some of the country’s top comics (Dara Ó Briain, Ed Gamble and Shappi Khorsandi are all set to appear) for the first ever live stand up Carpool Comedy Club.

Where? Eight locations including Bath, Chichester, Warwick and London.