Where to see the UK’s best outdoor art

It’s a summer of sun, sea and sculpture at these galleries without walls 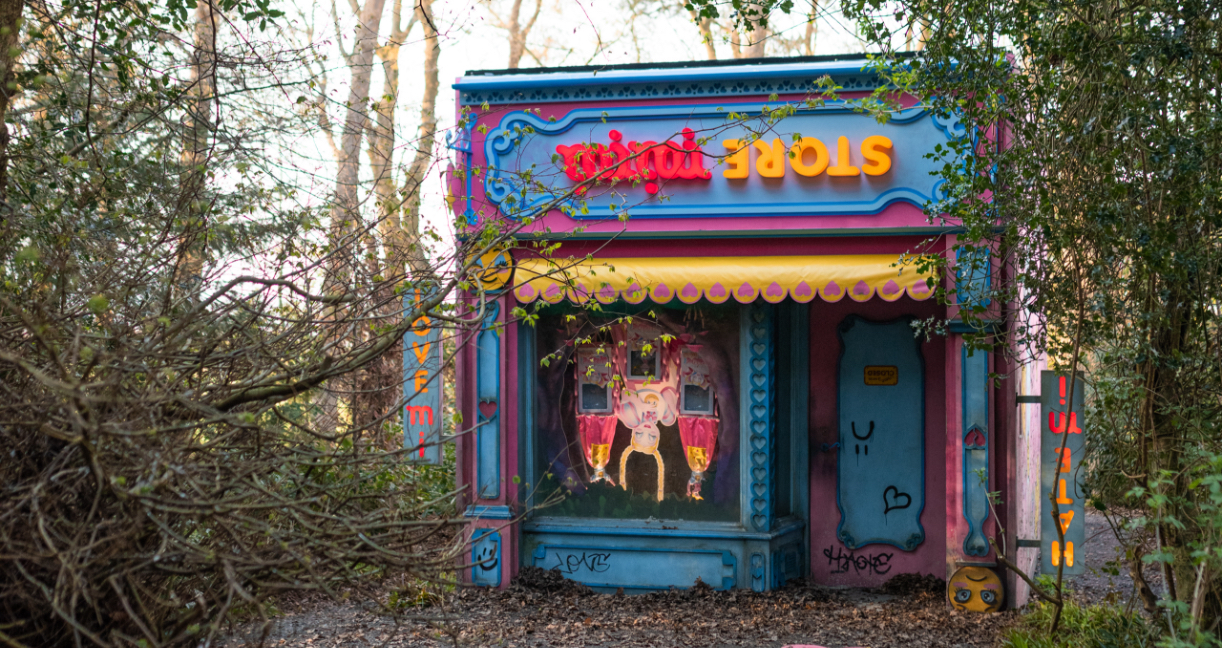 It’ll come as news to absolutely nobody that galleries have taken a battering over the last year. From cancelled exhibitions to staff layoffs and closures, Britain’s art scene has suffered. Whilst we’re happy as Larry (Bell) that galleries are re-throwing open their doors, there is, as anyone who tried to get tickets for Yayoi Kusama’s sold-out show at the Tate will know, a new issue: getting tickets.

However, we do come bearing good news: there are exhibitions that you don’t need to book, and, perhaps even better, they’re all outside.

Before images of wind-tattered paper, bleeding colours and battered frames fill your mind, let us reassure you: these are artworks sans frontiers that are specifically designed to outlast nature’s more destructive forces. Plus, as befits a summer of staycations, they’re in some of the country’s prettiest spots – meaning you can work a little art appreciation into your home-based holidays this year.

So, we’ve scoured the country to find the best outdoor exhibitions – from sculptures suspended along the seaside to political caricatures scrawled onto the cityscape.

Explore London's urban jungle at Sculpture in the City 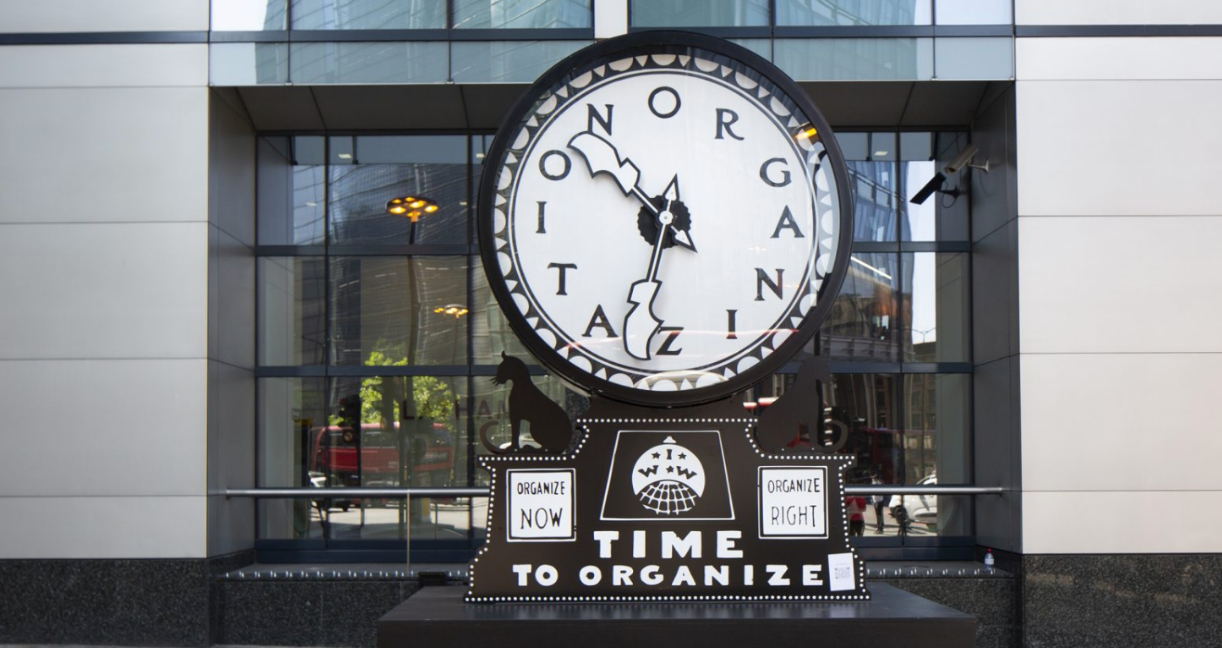 Set amongst London’s insurance quarter, this sculptural bonanza breathes life into even the stuffiest of the capital’s corporate corners. Bright, bulbous flowers bloom out of the concrete at Fenchurch Station; neon letters glow among foliage behind The Gherkin; giant clock hands pointing to the letters ORGANIZATION invite us to ponder how we can take control of our time (or when we’re going to sort out our overflowing inboxes). This tenth edition of the open-air exhibition opens on 15th June – perfect for a summery stroll around the capital. Sculpture in the City, on now in London. 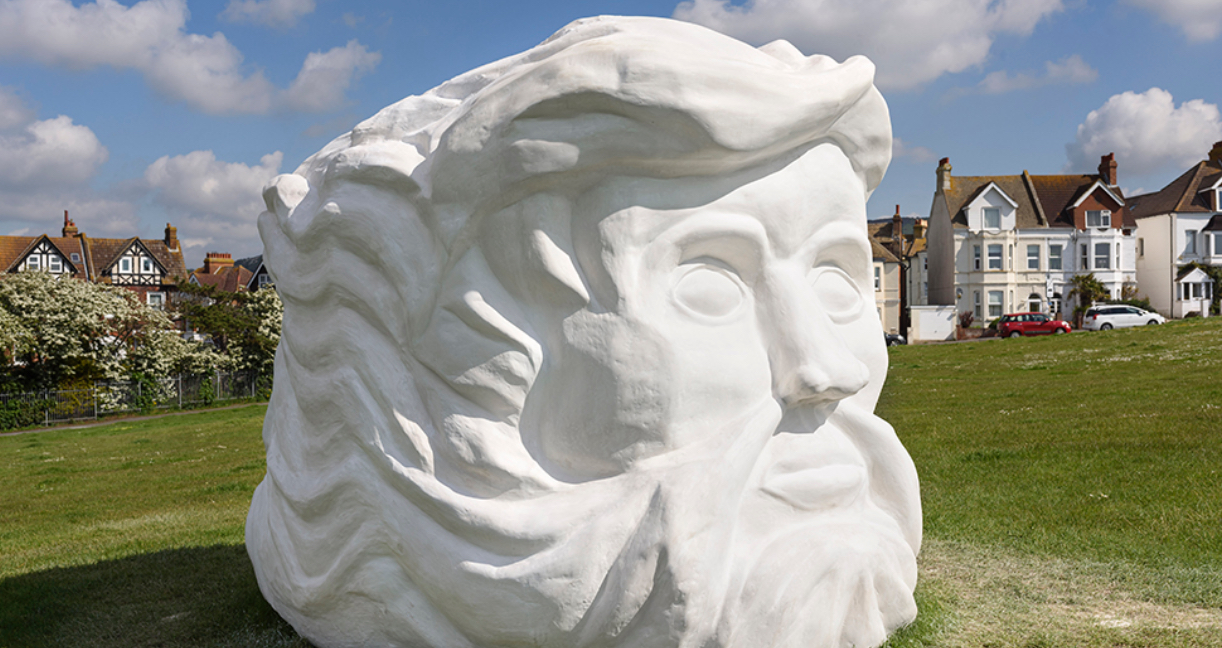 Almost all 76 of the impressive artworks hugging Folkestone’s sunrise coast borrow elements from the seaside town, inviting visitors to explore the area as you would a gallery. Going by train? The first piece you’ll see after leaving the station is The Luckiest Place on Earth, where you can bolster your luck at the quirky penny wishes recycling point. A blustery ramble along the beach front brings you to Cornelia Parker’s Folkstone Mermaid gazing across the Dover Strait. Look up to the clifftop to see the new face for 2021: Pilar Quinteros’s Janus, a double-faced stone head that the artist describes as “a monument to uncertainty”. Folkstone Artworks, Kent, open year-round. 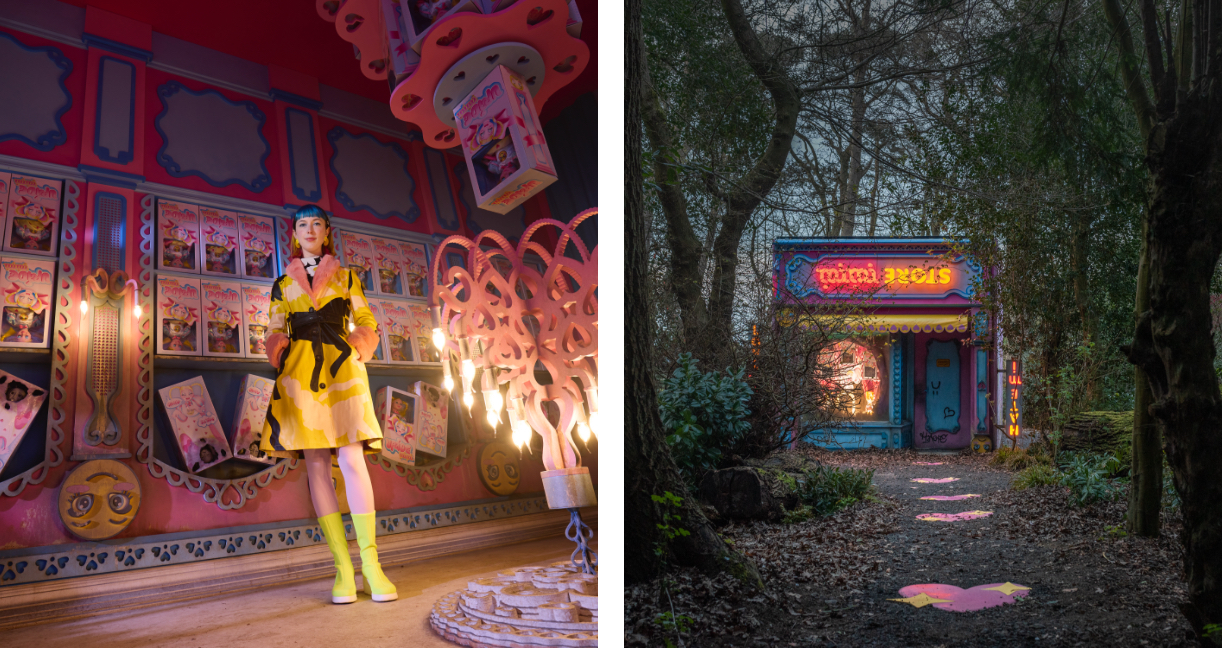 This sculpture garden sits on the outskirts of Edinburgh. More than 100 acres of digger-chiselled hills and tangled forests are sewn together by specially commissioned pieces from some of the world’s greatest artists. Nathan Coley’s letters “You imagine what you desire” glow over the entrance like a mission statement; Gateway by Joana Vasconcelos is a sprawling, psychedelic swimming pool that you can actually take a dip in, should Scotland’s weather permit it. New for 2021 is Rachel Maclean’s Mimi – a pastel-and-neon cottage in the woods that puts the Grimm’s gingerbread edition to shame. Jupiter Artland, Edinburgh, open now; tickets start at £10 and must be pre-booked online. 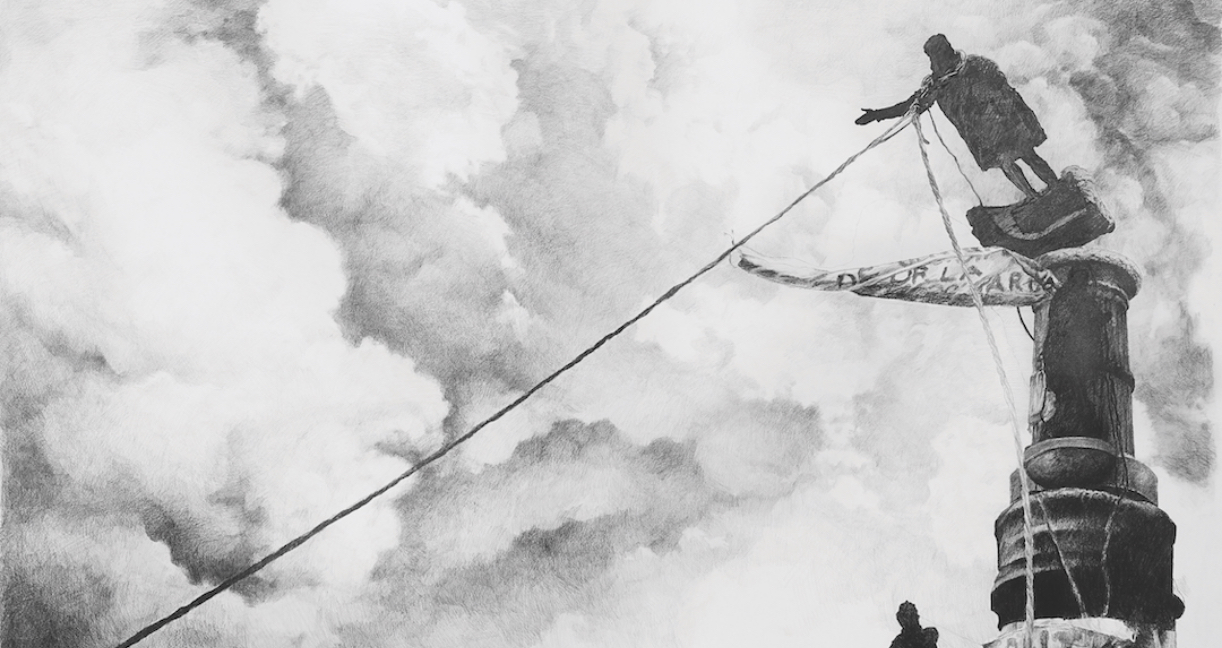 We don’t need to tell you how contentious statues have become over the last year; but Sam Durant will show you in his series of drawings displayed across billboards in Glasgow. Iconoclasm is a collection of graphite sketches based on real newspaper and television reports, and depicts statues (including the likes of Stalin, Jesus and Napoleon) being toppled, smashed and sank across the centuries.  A powerful and poignant addition to the question about who is represented in our public spaces. Glasgow International Festival, 17 May – 11 July.

Big Ben and books in Manchester 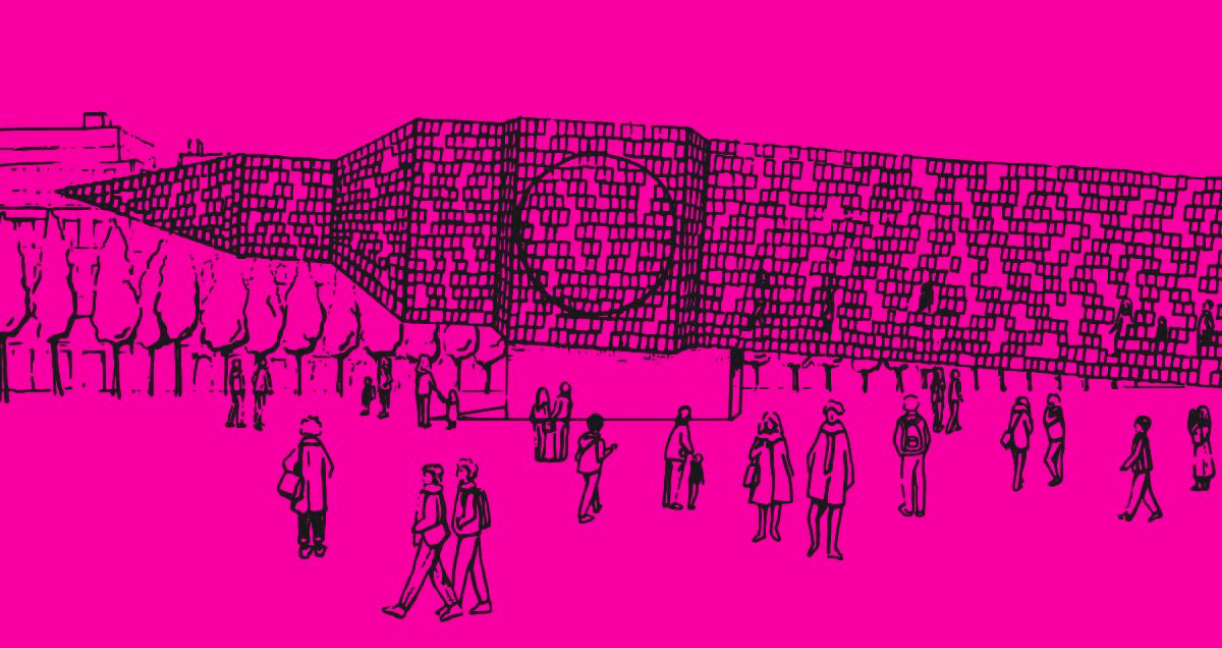 Big Ben has packed up his bags and headed to Manchester – at least, according to sculptor Marta Minujín. Her 42-metre replica of the big smoke’s best-known clock will lie in Piccadilly Gardens under a pile of 20,000 books that have shaped British politics until 18th July. After this, people will be invited to come and destroy the sculpture and take a book home with them for free. A joyful interpretation of the public’s power to reclaim seemingly unchangeable symbols and ideals. Piccadilly Gardens, Manchester, 1 – 18 July. 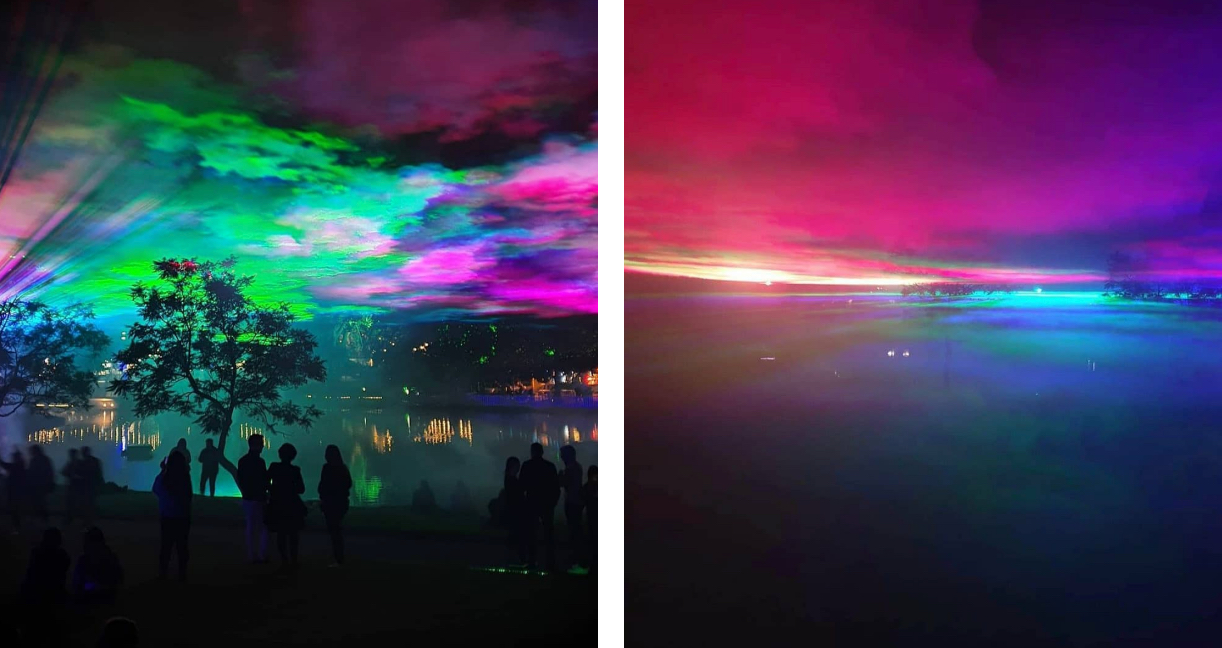 If you’ve got the immersive art itch, scratch it at this pop-up festival springing up in London at the end of August. There’ll be dancing, sculpture and, inconceivably, alchemy, all designed to connect the city after a year of social dissonance. This year, we’ll be heading straight for Borealis, which aims to bring the magic of the Northern Lights to the city via lasers, although The Lost Opera’s offer to let viewers become part of their twisting, mysterious soundscape via smartphone has also captured our interest. Greenwich and Docklands International Festival, London, 27 August –11 September. 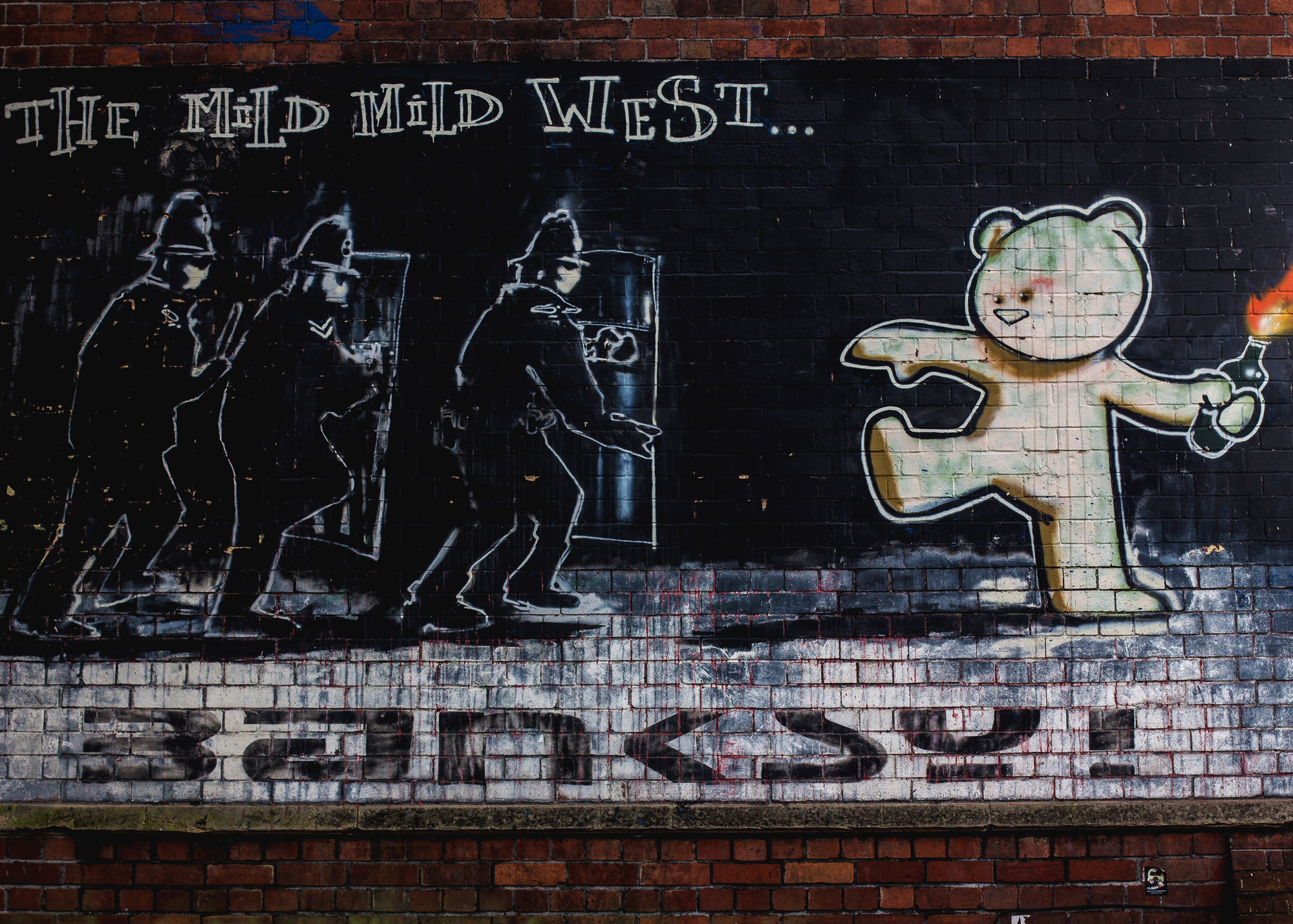 In Bristol, the streets are paved with spray paint. It’s home to Banksy, Britain’s most prolific graffiti artist, and over the years he’s turned the city’s cracks and crannies into his sketchbook, showcasing his scrawlings on shopfronts and street corners alike. Although you’ll be able to find his work hung on many a monolithic gallery wall, by far the best way to see his spirited sketches is on a self-guided tour of Bristol’s most colourful corners. You can find a map of the must-see murals on Visit Bristol's website, and don’t forget your camera – these politically-charged musings are perfect Instagram material. Bristol, open year-round, image from Visit Bristol.