It looks like you're visiting from country. Please click here to continue shopping.
10% off all full price styles with code TREAT10 Free delivery on all orders over £50 Free returns collection via Royal Mail

It’s the Easter holidays at last, and the long weekend sprawls before you. Perhaps you’re pootling into the countryside for some rustic R&R, or jumping on the Eurostar to wander the winding streets of Paris. You may even be taking to the skies for a dose of continental sunshine. But the summer hols this is not, so heavy tomes (To Paradise, we’re looking at you) won’t do. Nope, it’s short fiction we’re after (as well as sunshine), so we’ve asked publishing pal Alice Hart for her pick of the best novellas and story collections of recent times… 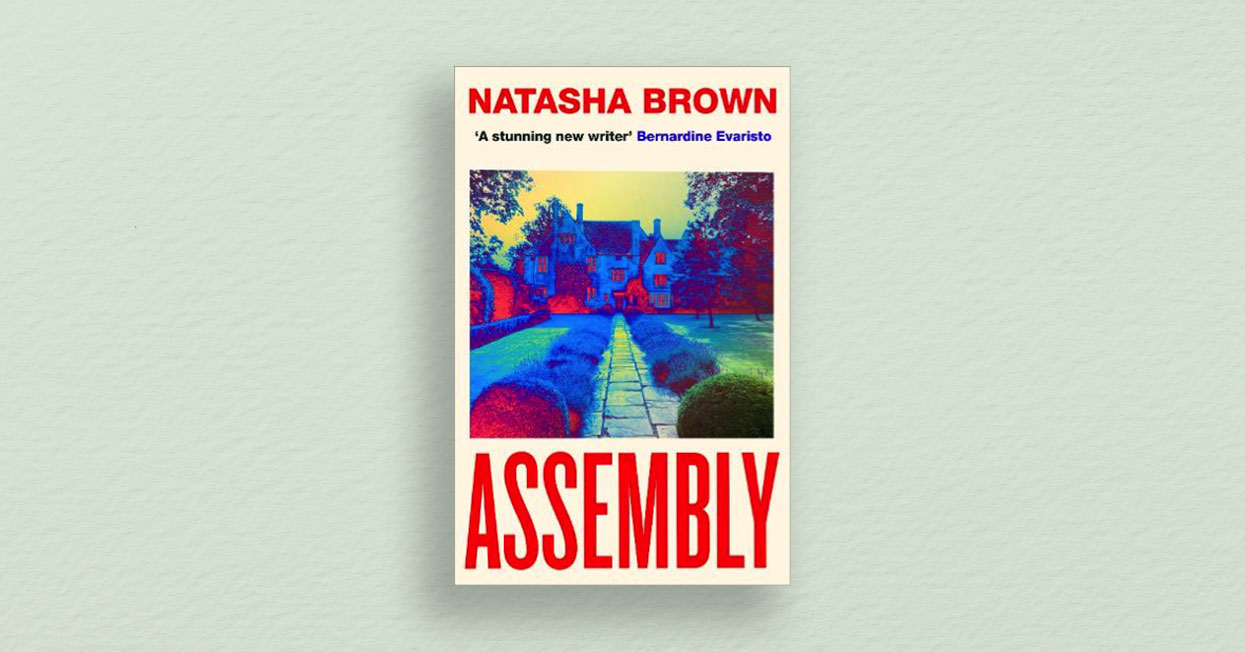 This boldly original novella was one of the buzziest literary breakouts of last year, and you’ll soon see why. In fewer than a hundred pages and via a series of elegant, charismatic vignettes, we follow a Black British woman as she prepares to attend a lavish garden party in the English countryside, thrown by her wealthy boyfriend’s family. But as well as reflecting on the endless micro-aggressions she endures in and out of the workplace, our nameless narrator is contending with a devastating piece of news, not yet shared. In spare, stylish prose, Brown exposes the deeply entrenched biases and inequalities of our times. Out 5 May, Hamish Hamilton 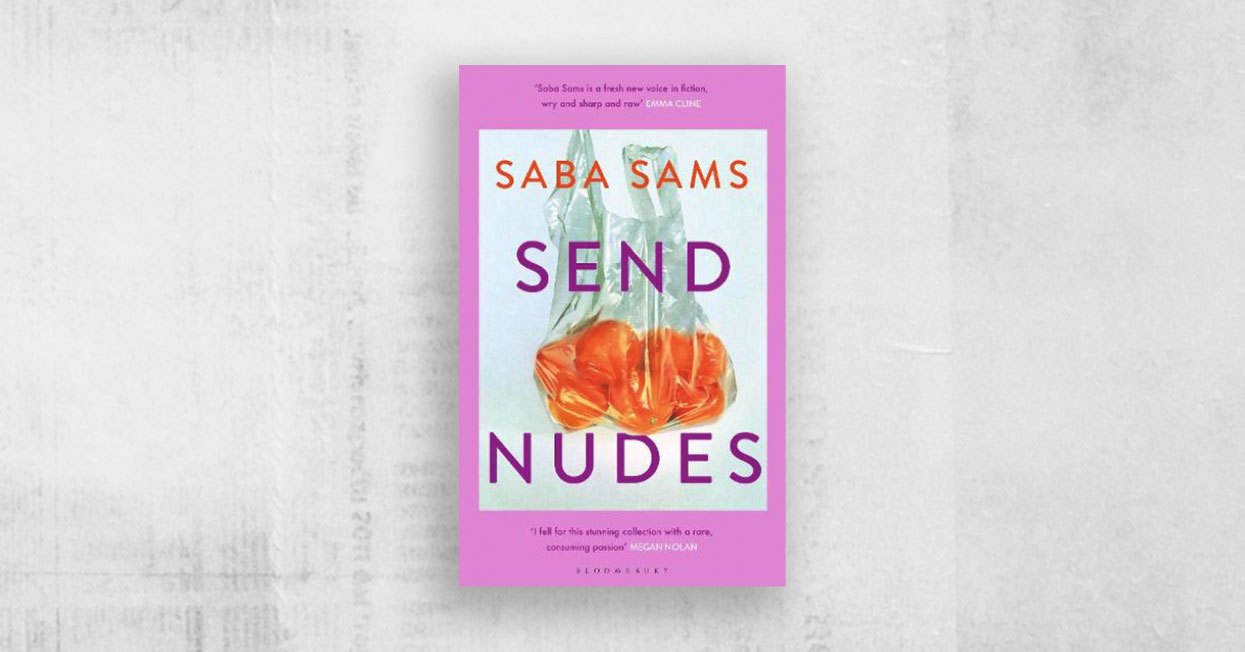 Counting Emma Cline, Megan Nolan and Pandora Sykes among her fans, Saba Sams’s debut collection has been making waves since it was published in January. In ten stories, she exposes early womanhood for all its horrors, joys, contradictions and complexities. The writing is pleasingly spare and direct, restrained yet somehow explicit. In ‘Tinderloin’, a young woman’s love for her boyfriend’s dog overturns the relationship, while in the titular story, another – wrestling with body dysmorphia – finds liberation and release in sending a sext. Above all, this is about the messiness of coming of age: the intense friendships, the turbulent trysts, the revulsion and thrill of one’s own body. Witty and sharp yet tender, it marks a writer to watch. Also: check out this eye-popping cover! Out now, £14.99, Bloomsbury 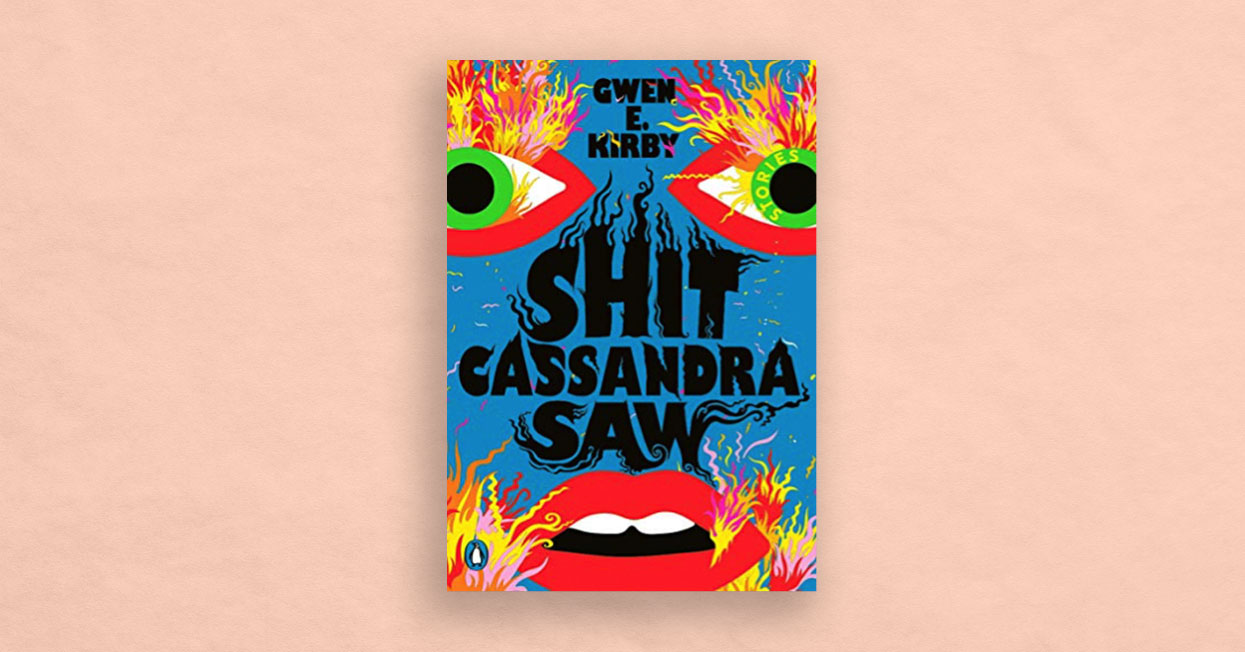 Speaking of wondrously arresting covers, this absolute riot of design and colour is surely hard to beat? Happily, the stories within are every bit as impressive and attention-grabbing. Described as Margaret Atwood meets Buffy the Vampire Slayer, this collection is an ambitious and eclectic exploration of fierce, irreverent women who refuse to be defined or subdued – either by men or by society at large. In the brilliant worlds Kirby constructs, prostitutes live without shame, virgins escape sacrifice and witches say no to being burned. There is formal experimentation too; the third story, ‘Jerry’s Crab Shack: One Star’ may appear at first to be a Yelp restaurant review, but is in fact an agonising portrait of a date endured by a husband and wife struggling to hold it together. These stories are daring, surprising, unique – and very funny. Out now, £12.99, Penguin 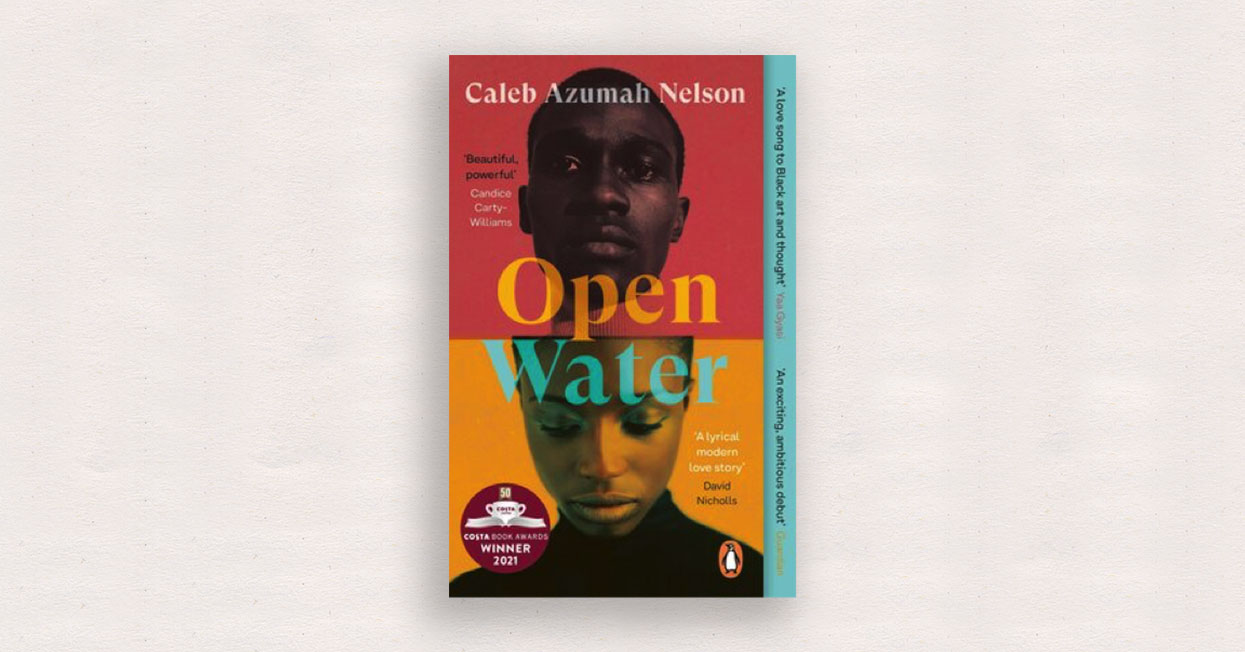 Ok, so this may be a novel but, newly available in paperback, it’s a slim tome perfect for your weekend bag and the kind of book you can devour in one train journey alone. A major breakout title of 2021, it won the Costa First Novel Award amongst other prizes, and was a Times Number One Bestseller, so it’s probably already on your radar. But I’m here to tell you, it lives up to the hype. This is a brave and beautiful London-set story of two Black British artists – a photographer and a dancer – tentatively falling in love in a city that at once embraces and rejects them. It’s both a lyrical, emotional, deeply romantic love story and a powerful, important exploration of art, race and masculinity. As the title suggests, it also looks at the importance of vulnerability, and laying oneself open to all the joy and heartache that love can wreak. Out now, £8.99, Viking 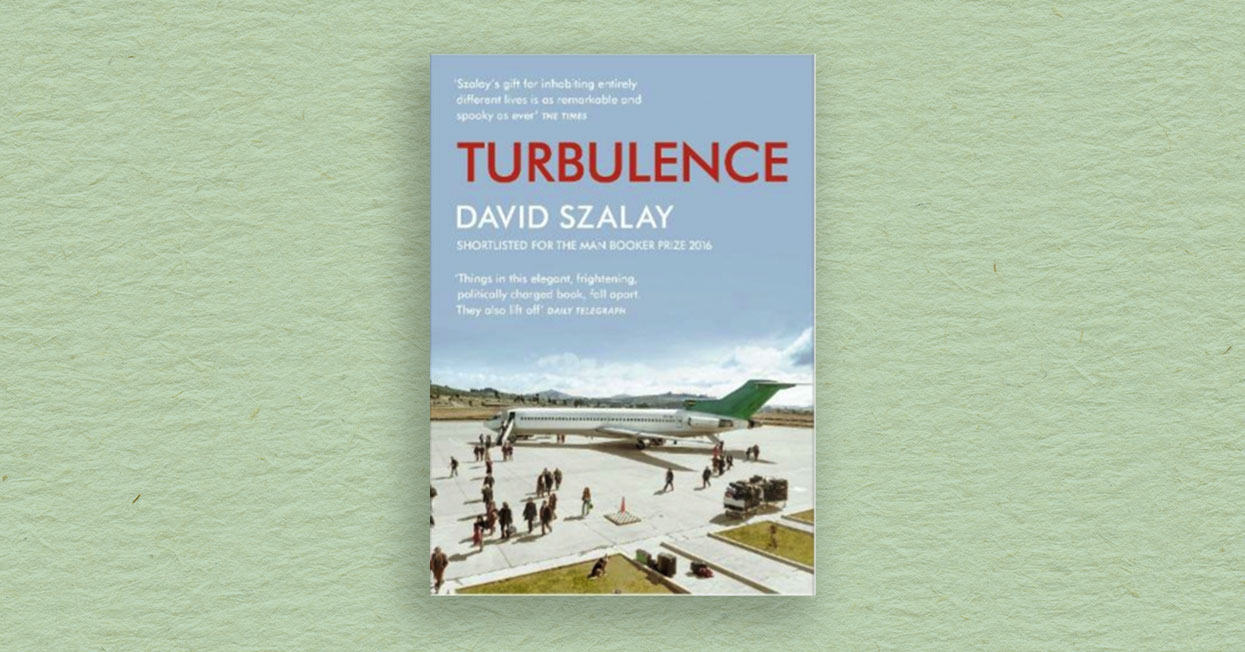 These twelve linked short stories are written in elegant, effortless prose that holds you in its thrall from start to finish. Each story gives us a fleeting yet surprisingly poignant glimpse of a lone traveller on a flight, be it from London to Madrid, Dakar to Sao Paulo, as well as Delhi, Toronto and beyond. These people are all in the midst of some kind of turmoil, or on the cusp of something monumental. Their lives either link or brush past one another in the most deliciously satisfying ways. Ultimately, Turbulence exposes how, though we may feel more connected than ever in this increasingly globalised world, the cost of rootlessness can be dear. Just like the characters he follows around the planet, Szalay takes the reader on a journey – and it’s well worth the ride. Out now, £8.99, Vintage

You Have a Friend in 10A by Maggie Shipstead and The Secret Lives of Church Ladies by Deesha Philyaw, both excellent, both publishing in May. 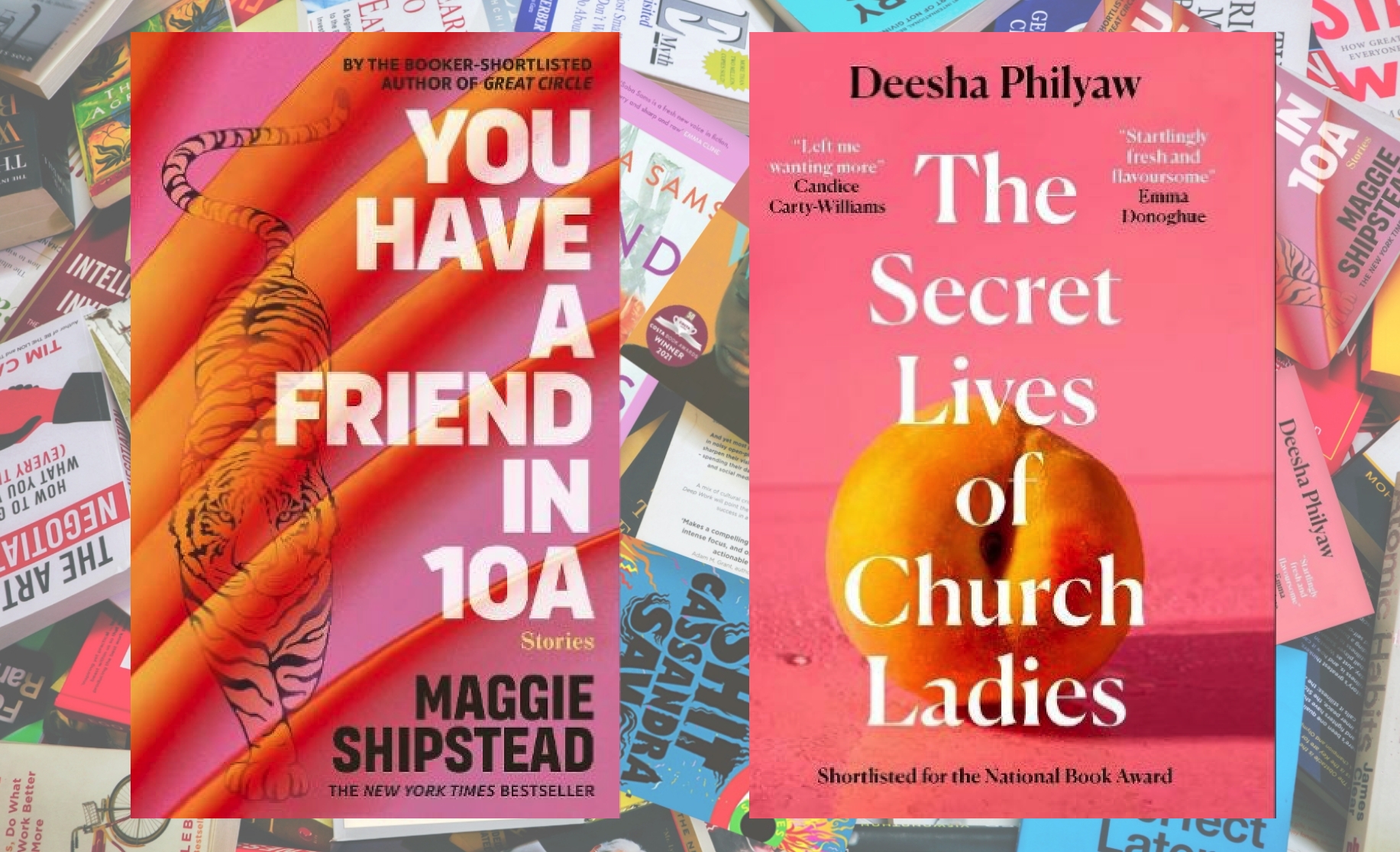