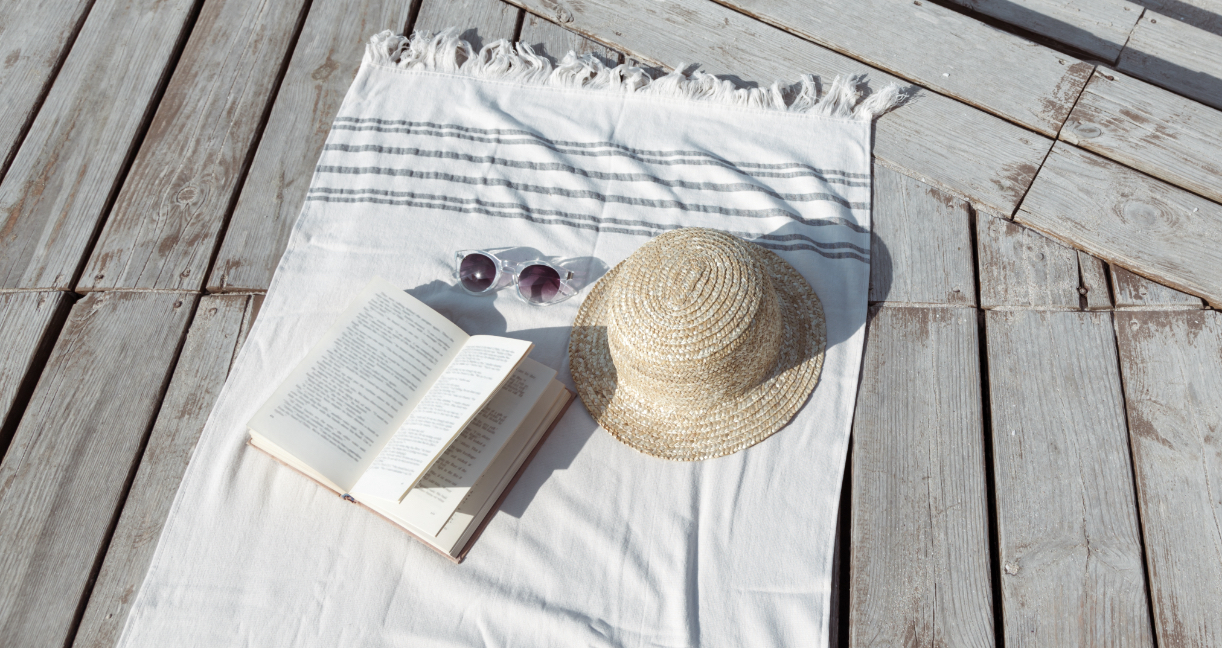 Whether you’re cautiously optimistic for a holiday this summer or thinking ahead only to some sunshine in the local park, you will need, if I may be so bold, a good yarn. Well, pull up a collapsible deck chair, pour yourself a glass of your preferred poison, and settle back – for I’ve curated a summer reading list, with a personal touch: they are all books that I read on a memorable holiday, or that are well-suited to that holiday feeling.

The Interestings by Meg Wolitzer 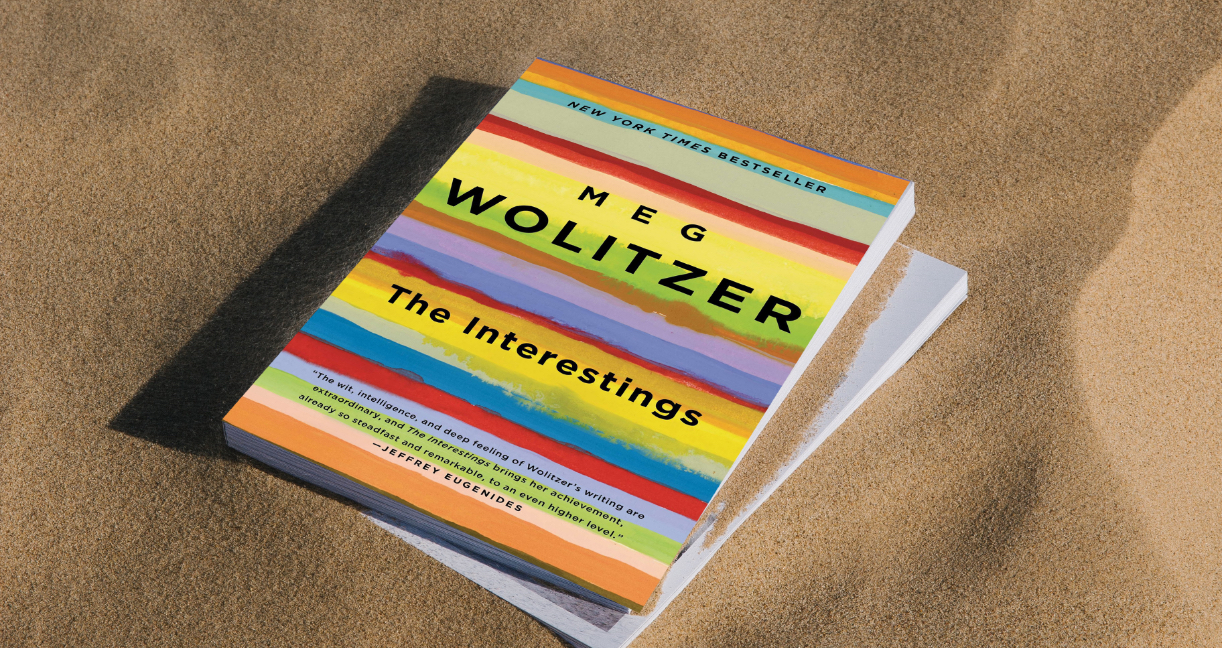 I was in my late twenties when I discovered Meg Wolitzer. I can remember the moment that I first read her with complete clarity because as soon as I opened The Interestings, I was struck with the specific feeling of ‘Where have you been all my life?’ I was lying in a hammock in a cafe in Managua, Nicaragua, when a jazzy multi-coloured striped cover, sticking out of a planter-cum-book shelf like a tube of fruit pastilles, caught my eye. (It remains one of my favourite book covers ever, which shows, despite my protestations, how much I am drawn to a book by its cover.) I opened it up, read a page and was so hooked that I sidled off with it in my tote. Wolitzer is a best-selling author who writes with the same kind of literary punch as Jonathan Franzen and Donna Tartt (we later had her on to The High Low podcast to discuss The Female Persuasion). While I eventually read all her other books with greedy enthusiasm, The Interestings remains my favourite. What makes it an ideal pool-side or beach-side yarn is the meaty yet fail-safe plot: it is about six teenage best friends who struggle to sustain their close relationships into adulthood. The tenderness of bonds forged in adolescence and the trauma of them rupturing is one of my favourite plot arcs. Looking at The Interestings’ wavy pages reminds me of sweat and suncream and makes me want to read it all over again. 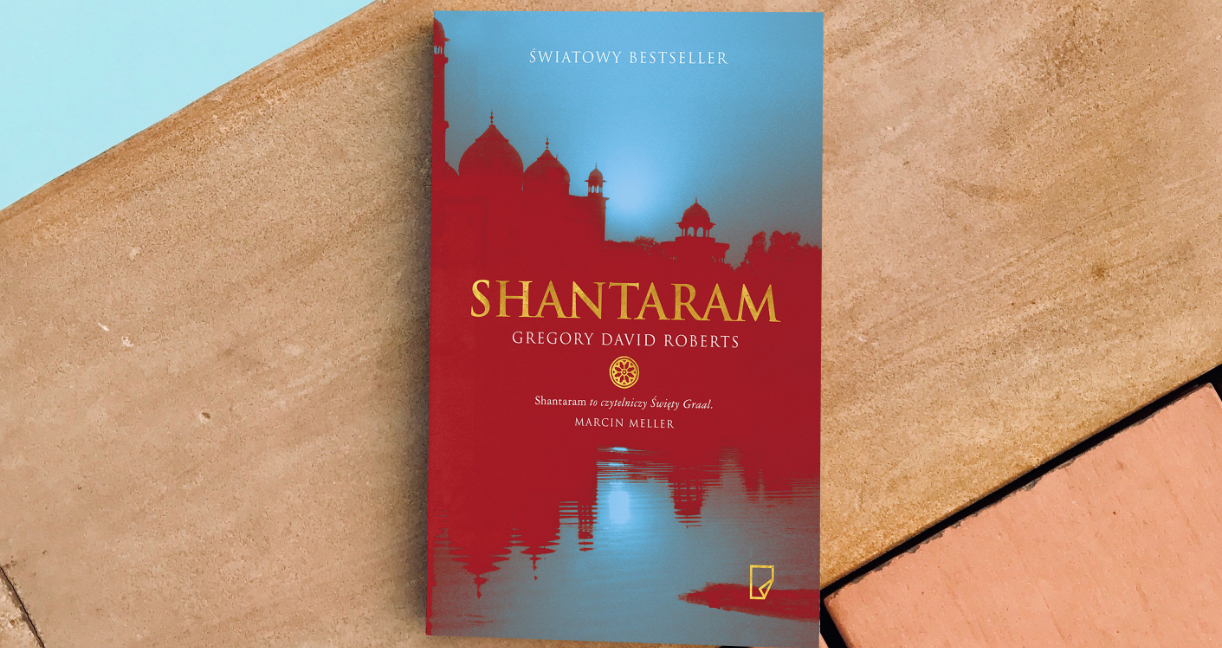 Okay, so this is a War and Peace-sized beast, a 900-page book of frankly epic proportions. You could quite feasibly knock someone out with it, which is perhaps not an un-useful tool to have when that person lying next to you is using his iPhone like a jukebox that no-one requested. Don’t be put off by the size; it’s pacier than a book a tenth its weight. It’s also drenched in teenage memories for me – I can almost smell the Tommy Hilfiger wafting of its pages. It’s also the second copy I own since someone pilfered my first when I was on a bus in Australia aged 18. I’d chosen to read it in Australia because the author is Australian – he was a heroin addict and armed robber who had escaped jail in Australia for India in 1981, where he lived in a slum in Bombay, amongst other places. Shantaram is a frankly extraordinary epic – it even covers a stint of acting in Bollywood – but I think the most astounding thing about what Roberts describes as a ‘strongly autobiographical novel’ is that he wrote it three times after prison guards destroyed the first two attempts. I have no idea what the reading experience would be of it, in my thirties – whether I would feel perennially 18 when reading it, in the same way that I do when I read The Beach – but I think as epics go, there couldn’t be a better one to get lost pool-side in.

The Confession by Jessie Burton 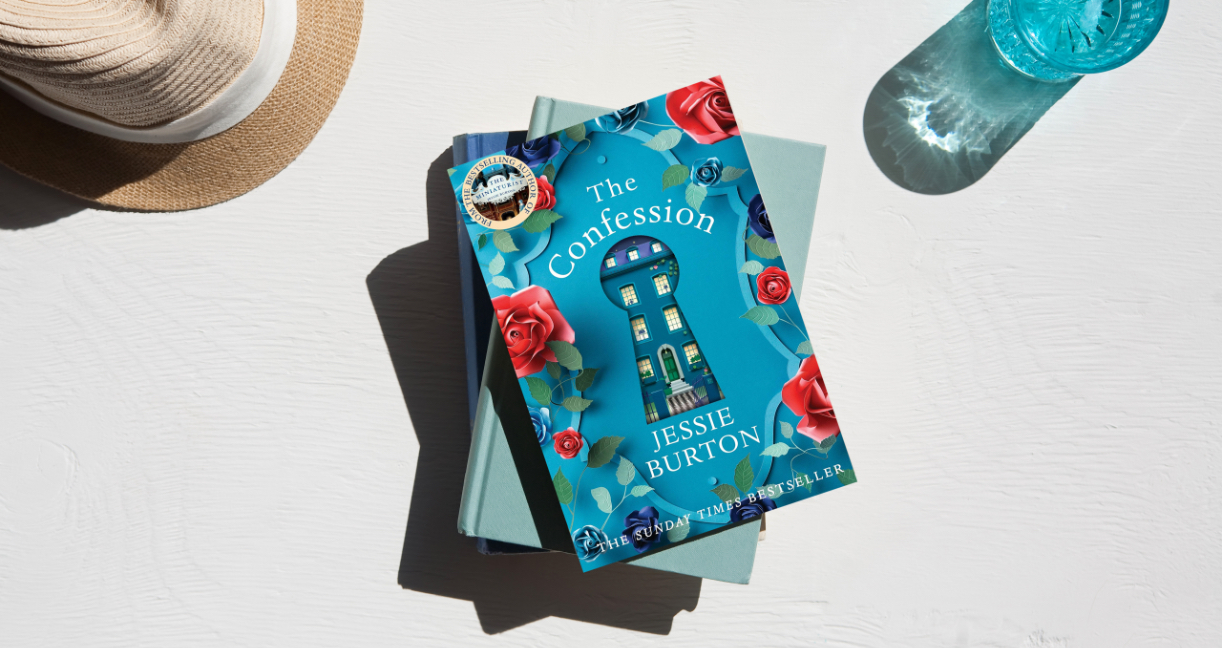 There is something particularly affecting reading a novel about the very thing you feel you are going through. The Confession is about a woman who feels fractured and lost. I read it last summer, when I felt like I had lost sight of myself. It is written beautifully and meant so much to me that I wrote to Burton afterwards, thanking her for saving me, just a little bit, during a really confusing time. Rose is in her early thirties and desperate to find out the story of her mother, Elise, who her father never talks about. On realising that a novelist in her seventies, Connie, had a relationship with her mother in California, she inveigles herself into Connie’s literary London life to find out what happened to Elise. It’s not a whodunnit, so much as a really moving dual narrative about a young woman in the 80s, trying to figure out who she is, and her daughter, doing the same thing, thirty years later. I think it helped me find myself a little bit, too. 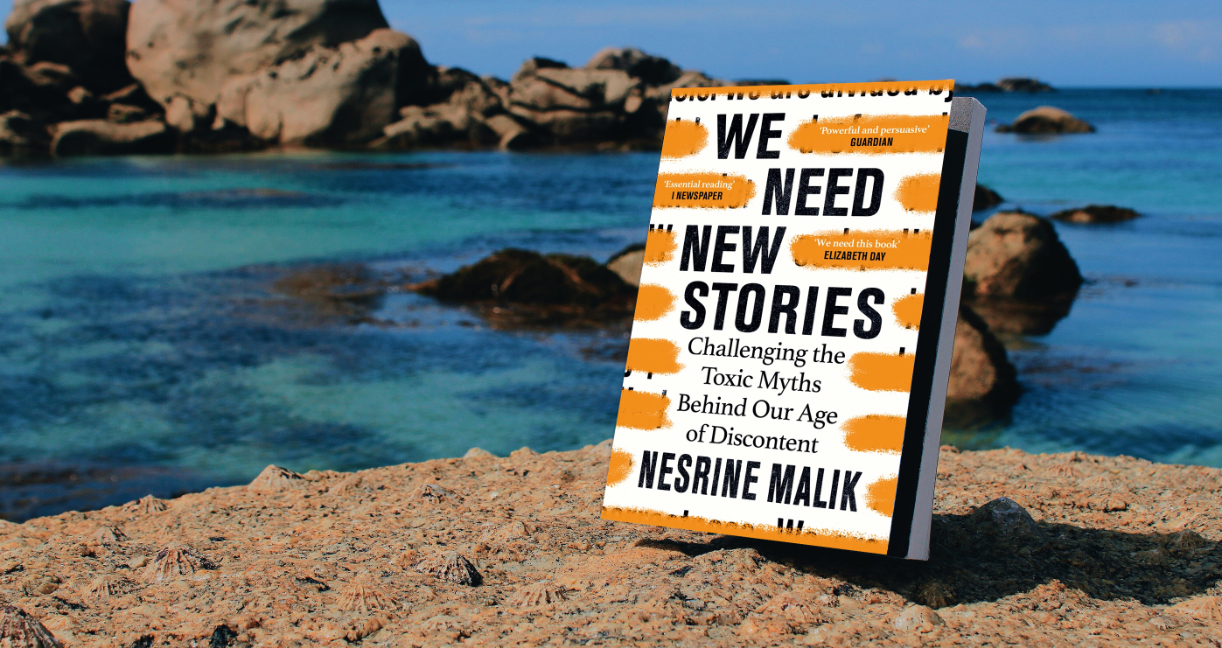 The term ‘pool-side reads’ exists as a section in an airport WH Smith and more often than not consists of Gone Girl-type novels. Easy to rip through, with minimal investment. But I often find that I can focus my brain on a challenging book more easily on holiday than I can at home. On a child-free holiday to California in the summer of 2019 (thank you, grandparents), I found myself drawn to meaty non-fiction that I could learn from, perhaps because I was writing my own book at the time and was extra porous to the thinking of others. Nesrine Malik is one of the best journalists writing right now, and We Need New Stories is an electrifying manifesto about how we must dismantle social myths before we attempt to dismantle structural inequality. From the gender pay gap to the ‘free speech crisis’ she uses facts to give depth and context to divisive issues commonly thrashed out in 260-character tweets. If you read just one thinky book this summer, make it this one. 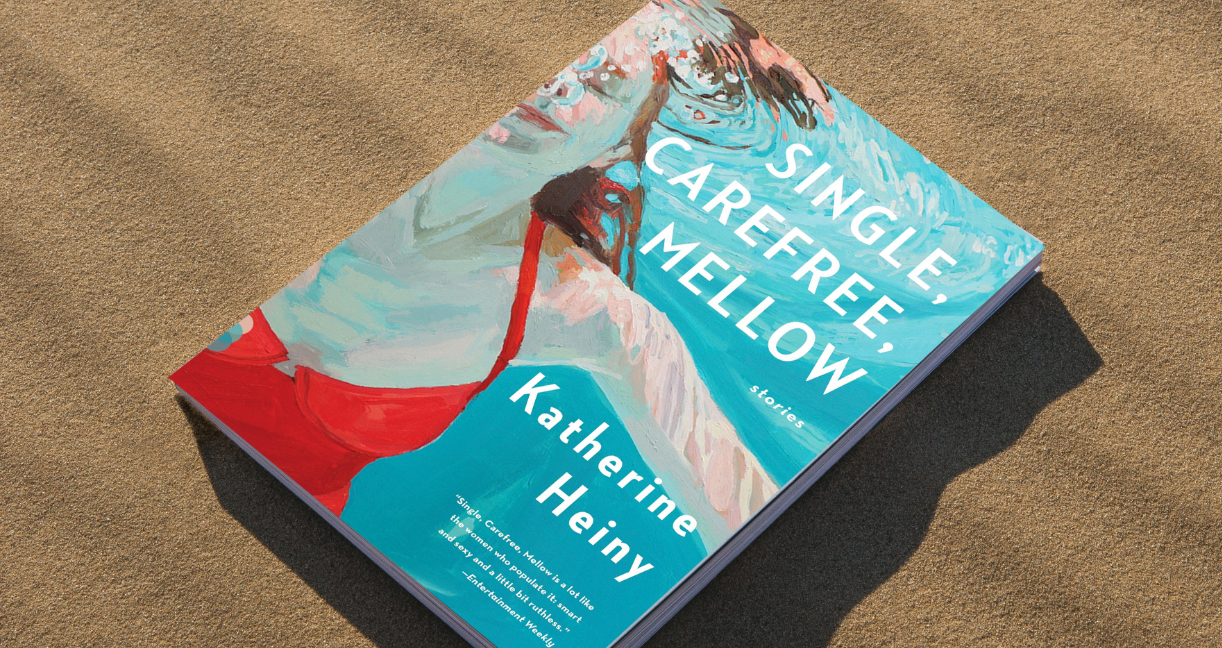 All that said, holidays are a mental rest as well as a physical. And whilst I don’t think that has to mean you read only Heat magazine (unless you want to – and then, go forth, my friend), it means that short stories can be just the ticket for lazy-brain holidays. If you can only manage 10 pages of a book before you nod off, or have to slink into the water/ shower/ garden hose, then they’re perfect. A perfectly contained soupcon of, if you are reading the good ones – literary wit and impact. One of my absolute favourites is by the incomparable Katherine Heiny, who has become known for her slightly weird, sweet, poignant, and very funny fiction. The heroines of her stories are less carefree and mellow than they are disorientated but hopeful. A little like us all, then.