From Model to Shepherd: The Extraordinary Life of Heida

When it comes to careers, modern women are adept at pivoting, changing course and trying out new things. But Heida Ásgeirsdottír, a 41-year-old Icelander, trumps us all on that front. For this is a woman who gave up a promising modelling career in New York City to single-handedly run her family’s sheep farm. With just her 500 woolly friends and her German shepherd dog for company, she lives in Ljotarstadir, a wild, volcanic area of southern Iceland so remote it’s known colloquially as “the end of the world”. 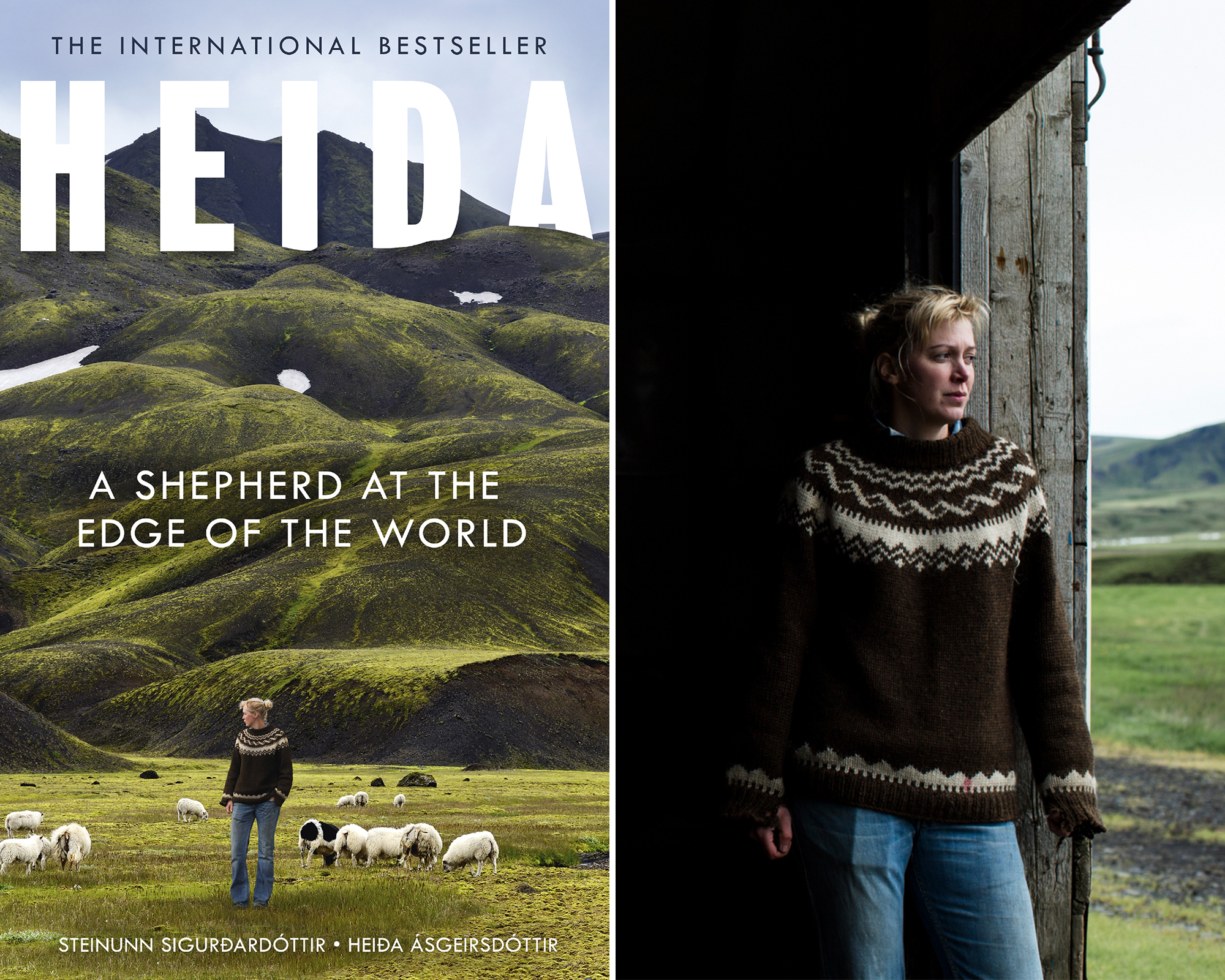 “Modelling was fun and good for my self-esteem but I knew it wasn’t something I wanted to pursue,” says Heida in her brusque Nordic tones. “I thought it a very silly idea to earn a living simply by being pretty. My looks aren’t thanks to me, they’re just genetic. But pay me a compliment on something that I’ve built and then I melt like chocolate in the sunshine!”

She’s certainly hands on. “To be a good farmer you need to also be a carpenter, a mechanic, a plumber and an electrician,” she says. “I’ve had to figure out how to do things that seemed far too hard at first, like rebuilding my sheep house. I didn’t know how to use the tools but I worked it out and built something that wasn’t beautiful but it was strong. Then the next time, I learned from my mistakes and built a better house.” 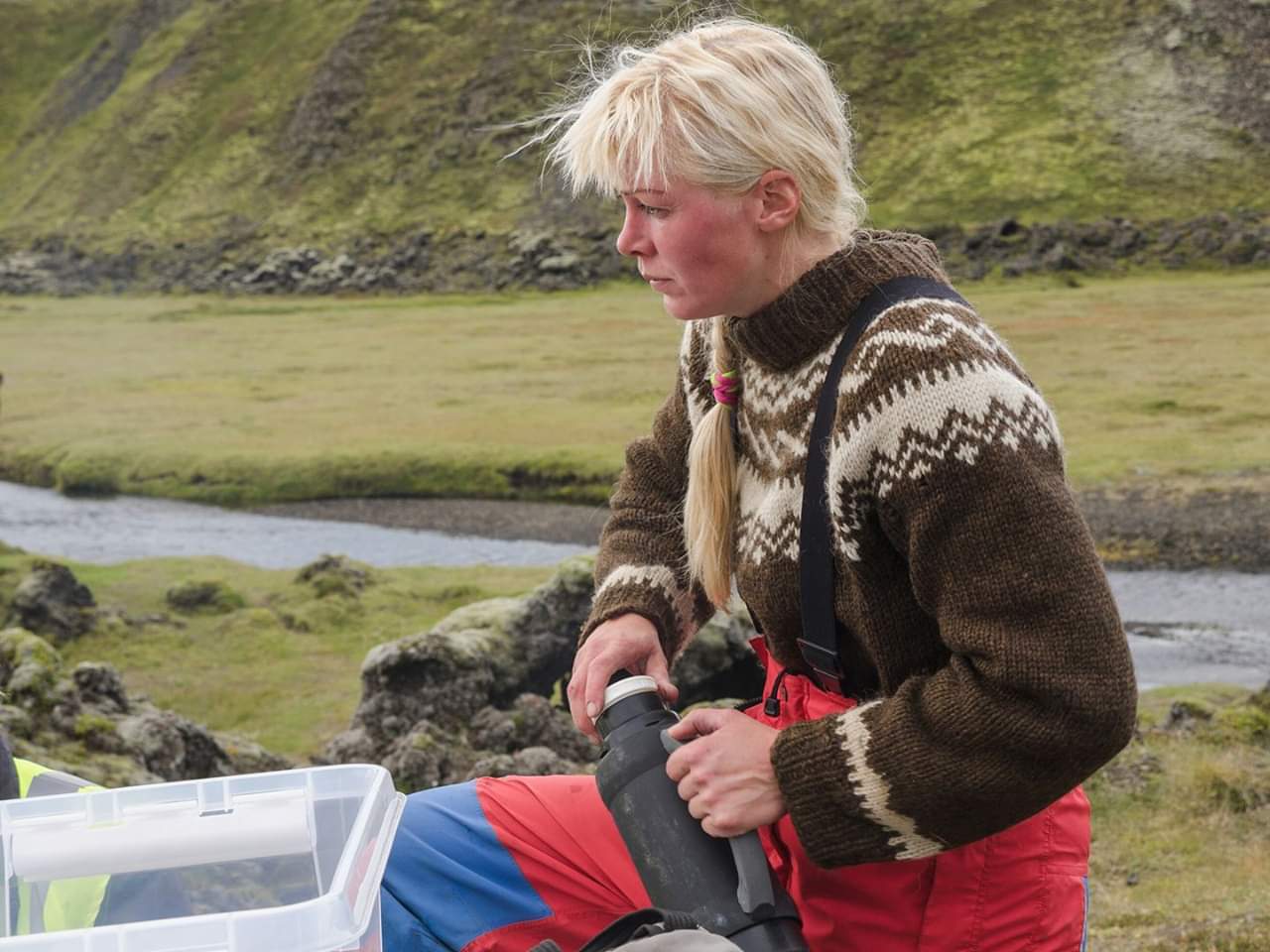 Heida has written an enchanting book about a year in her life, season by season; an international best-seller in Iceland that’s recently been published in the UK. Heida: A Shepherd At The Edge Of The World is one of those memoirs you can utterly lose yourself in because it details a life so far removed from your own. Naturally shy (“I’ve just got better at hiding it as I’ve got older”), she reluctantly decided to commit her life story to paper when her farm came under threat. The book’s aim was to publicise Heida’s fight against plans to build a power station on her land, a battle that’s thrust her into local politics.  “I also saw the book as a useful opportunity to talk about feminism – I want to tell women they can do anything and that sheep farming isn’t just a man’s game. I find the phrase ‘farmer’s wife’ so annoying and old-fashioned. The farmer’s wife is of course actually a farmer too.” When she first took over the farm following her father’s retirement, she wasn’t short of suitors – “I’ve been made every offer imaginable over the years”, she quips – but prefers to maintain her independence and go it alone. Not that she’s lonely. Social media keeps her connected to the outside world – she’s honed the unique skill of driving her tractor one-handed while posting a Snapchat update on her phone. “I have a lot of followers who live in cities who love to see what modern farming life is really like,” she says. And if she gets bored of counting sheep, she’ll drive three hours to Reykjavik for a night out dancing.

While we’re all desperately trying to spend more time outdoors to enhance our well-being,  Heida sees nature as a double-edged sword. “It can cause me stress as I’m so reliant on the weather – if there’s unexpected snow during lambing season, for example, that’s a problem. But nature is also great for combatting stress. I have a river that runs through my land. Whatever has gone wrong or however hard my day has been, my river is always there, constantly flowing. I sit and watch it and find that very comforting.”

To do such an unpredictable and solitary job takes immense reserves of resilience and pragmatism. What’s the biggest lesson Heida has learned in life? “That phrase that psychologists use - ‘This too shall pass’. It came in handy when I was having difficult meetings opposing the building of a power plant on my land. People see me as a fighter but I hate arguing so I would say to myself, ‘This meeting will be over in two hours and you’ll still be alive. You’ll be OK.’” And, sure enough, she was.

Heida: A Shepherd at the Edge of the World by Heida Asgeirsdottir with Steinunn Sigurdardottir is out now