Meet Stella Zawistowski: The Best Female Crossworder in the US

Some of us enjoy the occasional crossword. A Sunday morning spent in bed with a cup of tea in hand, and at least two unanswerable bits of trivia taunting us (surely no one knows the capital of Fiji?!). And if we do manage to fill the entire grid, you’d think we’d just won University Challenge. At most, we do one crossword a week. Stella Zawistowski does 45.

Based in Brooklyn, Stella, who works by day as a copywriter, is one of the best crossword solvers in the US. Averaging 2-4 minutes to complete the New York Times puzzle, she’s also the highest placing woman at the American Crossword Puzzle Tournament. Oh, and in her spare time she lifts weights (her personal best is lifting 325 pounds, talk about impressive hobbies). 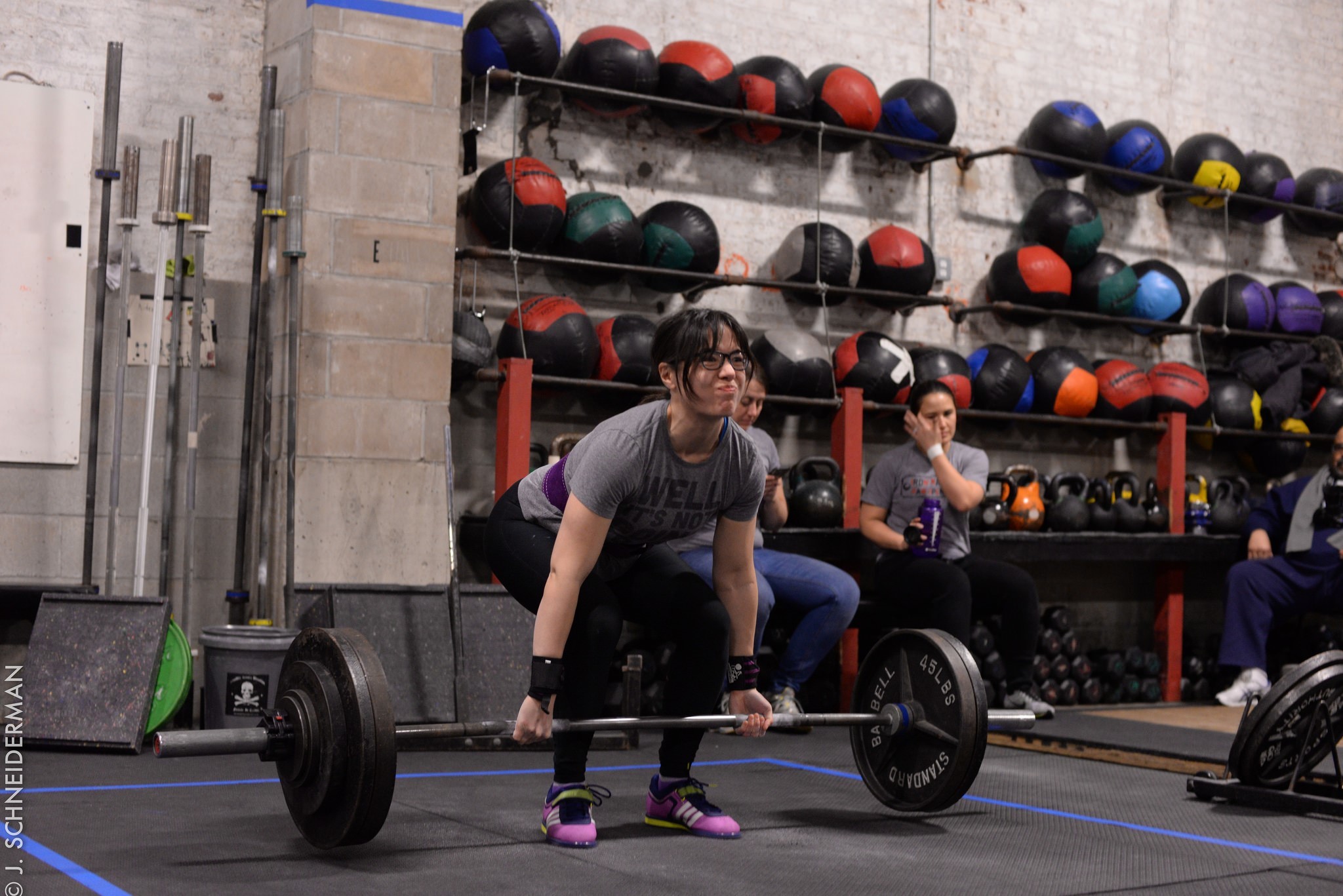 As a child, she had a keen aptitude for puzzles. “I’ve always loved playing with words in some way or another. My parents gave me puzzle books when I was a little kid and when I discovered crosswords as a university student, I used them as a diversion to what I was supposed to be doing in school.”

Back then, she needed a partner to help solve, spending afternoons huddled over the New York Times, bouncing answers off one another, learning the tricks of the grid until she was good enough to go solo. “I don’t try and memorise lists of state capitals or presidents of the United States. It’s more the things I pick up reading and in everyday life. Also, crossword puzzles aren’t necessarily about how much you know, there is a component of knowledge, but it’s much more pattern recognition.”

As an eager graduate with a slightly unusual hobby, Stella admits she often felt self conscious. “It’s a very nerdy thing to do,” she says, “I was also dating a guy at the time who thought it was nerdy and weird. He made fun of me for it.” However, with growing up, came a new-found confidence, realising her unique talent was actually something to be celebrated. “I don’t care what people think of me anymore. I’m also married to someone who thinks it’s amazing. But it’s not like the approval has to come from the outside; at some point I realised that what I can do is very special, it’s a good thing, not something to be embarrassed about.”

In 2001, she entered her first American Crossword Puzzle Tournament, returning to compete every year since. But with meeting so many fellow puzzlers came the realisation that the competitive crossword realm was overwhelmingly male dominated. “In the American crosswording tournament, a woman hasn’t won since 2001. That really bothers me.” And it’s not just expert solvers that face this gender disparity. Only 19% of New York Times crosswords are constructed by women, and even then, most female-made grids appear on Mondays or Tuesdays, the week’s easiest puzzles. As an avid cruciverbalist herself (not a foot disease, but the technical term for crossword constructors), Stella speaks passionately about her desire to change the status quo. “For many years I made standard American crosswords with a partner. He was an older white man; the flavour of our puzzles was different from the ones I’m making now by myself because I tend to put in answers that are about fashion or classical music… more women friendly subject matters.” Because puzzles carry the intellectual footprint of their author, she believes women can often suffer a disadvantage with clues slanted towards a male thought pattern.

“Certain feedback that I’ve got back on my puzzles, and I know other women have got back on theirs, is ‘Oh I’ve never heard of this’ and it’s because the editor is a guy. If they asked a woman if she’d heard of it, she’d probably say yes.”

Although female solvers and constructors are currently something of a rarity, the gears may be shifting. Anna Shectman hit the news recently dubbed ‘The New Crossword Queen’, a 28-year-old constructor who’s shaking up the rulebook with her razor sharp questions and zeitgeist vocabulary. Stella agrees that a new generation of social-media-savvy puzzling wizzkids could shake up the industry. “I think change will be slow in the mainstream markets but someone younger and more ‘woke’ will get the editorship of News Day or one of the other large newspapers and that will be a big turning point.”

In the meantime, she’s excited to continue making (and solving) puzzles. Doing her bit to inject some much needed femininity into the ‘CrossWorld’, with the occasional weightlifting tournament in between, no doubt.