Why is Pride still important?

Martin Perry, Creative Director of OutThere Magazine, on why it’s essential that we continue to celebrate Pride in 2021 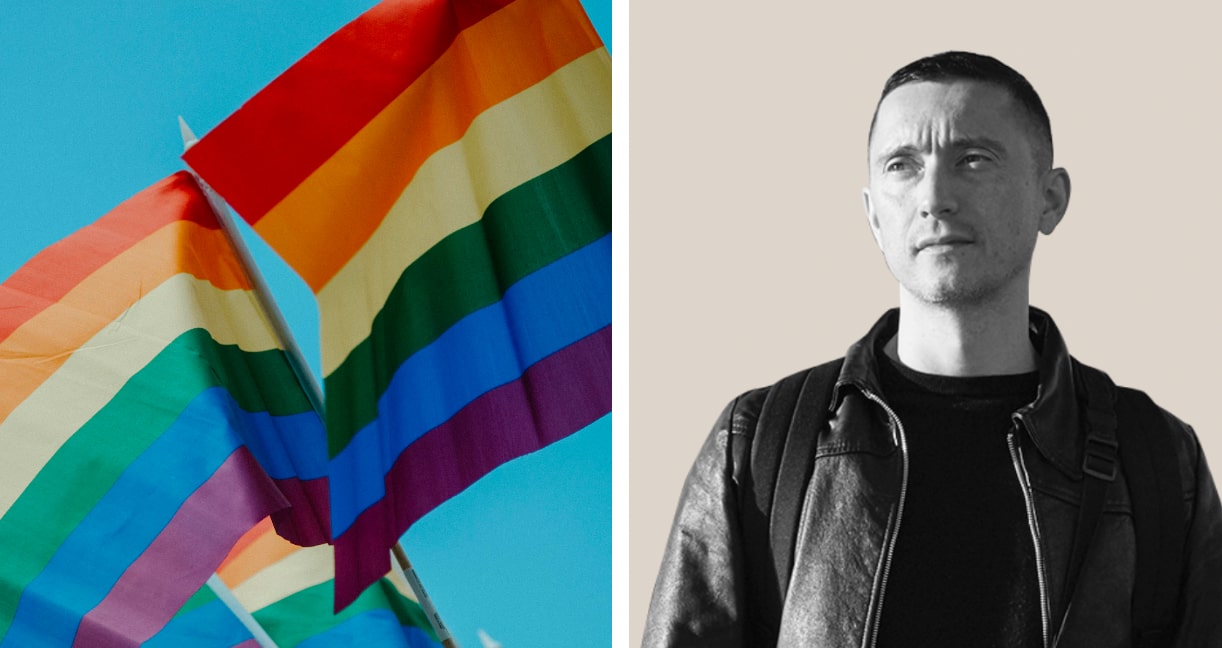 Attending my first Pride in London at the age of 19 was a pivotal moment in my life. Being surrounded by thousands of other LGBT*Q+ people for the first time was empowering in a way that I could never have imagined; it gave me a sense of belonging, which is something that until then had alluded me. It gave me a taste for what it must feel like for straight people: to be accepted for who I was without needing to hide important aspects of myself to fit in. For the first time in my life, I felt seen.

The experience gave me the strength I needed to push forward to come out and explore who I was – not who I felt pressured to be by society. It set me on a course that I am still on today. But, even after all this time living 'out and proud', despite all of the changes of public opinion and awareness surrounding LGBT*Q+ issues and the significant advances in our rights that I have witnessed, I still have moments of insecurity when I am in a predominantly straight environment. I can still feel a pang of self-consciousness when my husband takes my hand or kisses me in public. I still have to consciously make an effort not to speed up when I walk past a group of straight men on the street. And I am white, cis-gendered and male. I have many of society's cards stacked in my favour; I have the choice whether to reveal my sexuality – my point of difference – or not. If I want to, I can remain 'on the down low' and enjoy all the benefits that entails: not living with the fear of random insults or violence as I walk down the street; not suffering the not-so-subtle stares of strangers on the tube; not needing to think twice about whether to wear my favourite heels or short skirt. I don't have my opinions belittled or ignored altogether; when I speak, people generally listen. 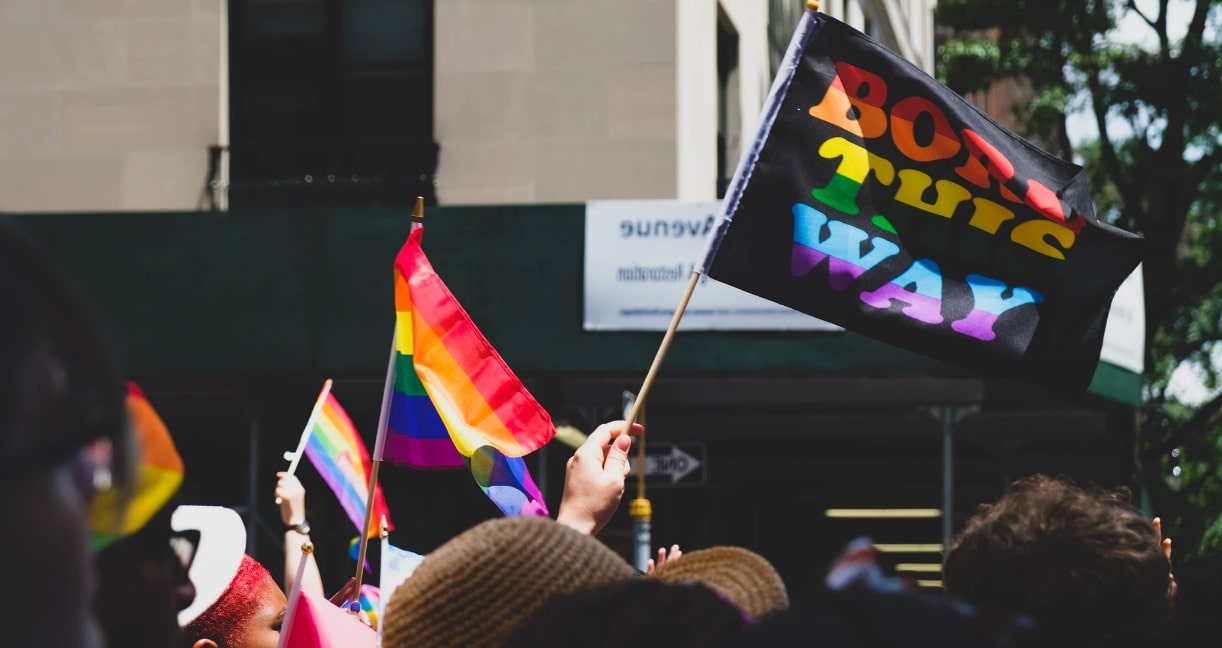 I sometimes imagine a world where I hadn't decided to go on that first Pride march. In this alternate reality, perhaps I would never have even thought about my privilege. I may never have met the trans* people who educated me on the inequalities they face every day of their lives; I may never have met the queer person-of-colour who was locked in the cupboard under the stairs by their mother for wearing lipstick. I may never have witnessed firsthand how waiters seldom offer my black, non-binary husband wine to taste, especially when they are wearing a dress. Similarly, I may never have found the peace that comes from knowing how it feels to be accepted for who I am.

I have attended Pride events worldwide, first as a member of the public and then as a journalist. I've seen a notable shift from marches of solidarity and visibility to parades, celebrations that focus upon our hard-won freedoms. As the movement has grown over the decades, Pride has become an enormous marketing opportunity for large international businesses. It is the perfect place for them to show how socially conscious they are, and in turn, put themselves squarely in front of a vast market. Ubiquitous rainbow flags work their way onto corporate marketing, and corporate marketing makes its way into LGBT*Q+ spaces. This mainstreaming has been seen both as a positive and a negative. Supporters believe that it shows how far we have come and that by normalising an LGBT*Q+ presence, we are increasing social awareness of difference. However, on the flip side, many in the LGBT*Q+ community believe it shifts the focus from the critical issues upon which Pride was built – when the fight for equality is far from over. 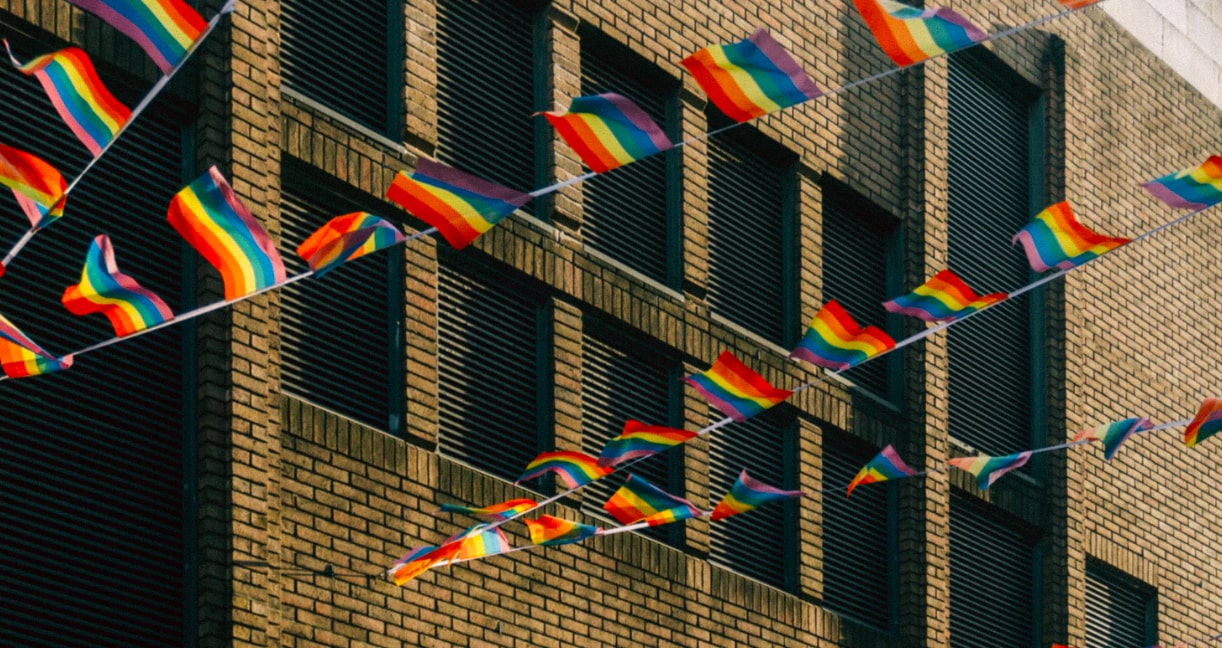 Yes, times have changed. Equality and diversity are now championed in mainstream politics. LGBT*Q+ children have gained some empowering role models in film, TV, and social media. The language of the ballroom culture – cries of "Yas queen!", "You go girl" and "Fierce!" – are now thrown around by people who don't have the slightest idea what it's like to put on their emotional armour, walk head high and face adversity and discrimination every time they step outside, just to be themselves. Yes, divisions and stereotypes have been broken down in ways the younger me would never have even dared to imagine. Yes, the right to same-sex marriage exists in several countries around the world. But true equality is still far from being achieved.

I have come to believe that no society is truly equal unless everyone enjoys the same freedoms. I agree with the prominent human rights activist Peter Tatchell that "As well as being a joyful celebration (Pride) should also profile LGBT+ human rights issues". Peter calls for a return to a community-driven, issues-based London Pride March this month, ahead of the official corporate-sponsored parade in September. According to Peter's website, the UK government "has been stalling on a conversion therapy ban, blocking reform of the Gender Recognition Act and failing to end the detention of LGBT+ asylum seekers." In the UK, there is also still a disproportionate number of homeless LGBT*Q+ youth, and serious assaults and murder of trans* people are still happening at an alarming rate. In the states, we have seen the roll-back of anti-discrimination laws, and state-sponsored homophobia in countries like Saudi Arabia, Lithuania and Russia is still very much a fact of life. Sadly, these are just a few of the battles we are yet to win. 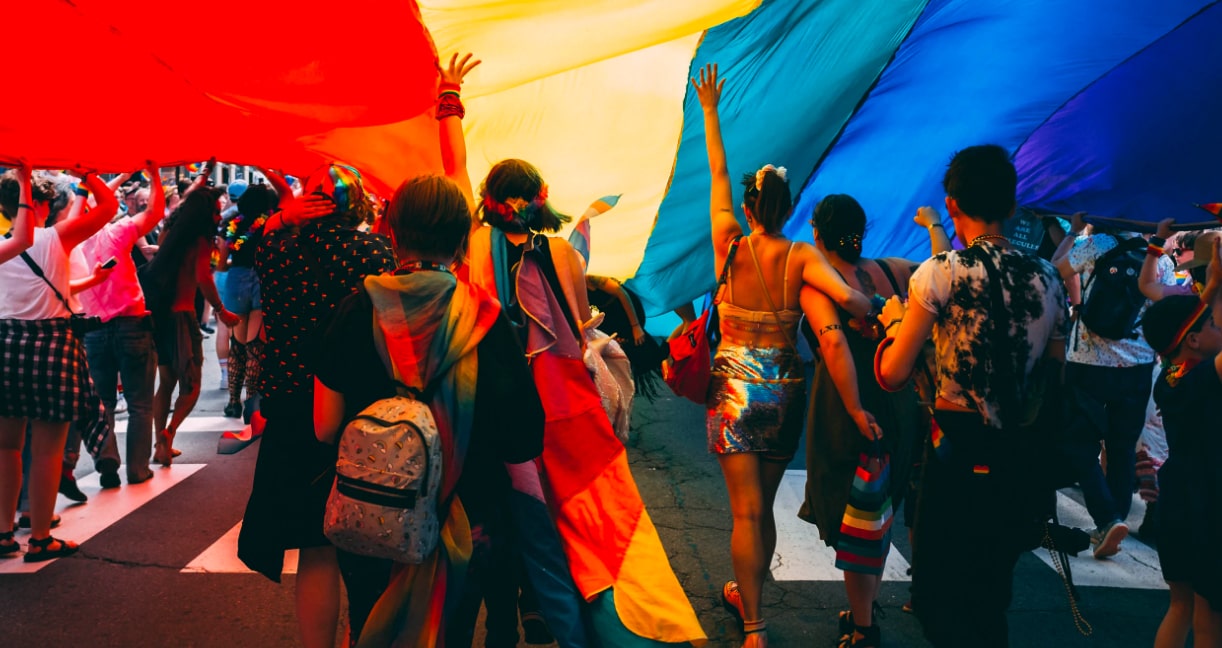 As for me, I will be attending as many Pride events as I can. Whether corporate-sponsored 'pink-washed' spectaculars, community-driven grassroots protests, or a mix of the two, like the burgeoning Margate Pride, I see value in each of these approaches. I know that the very fact of being surrounded by so many wonderful people will remind me of the feelings I had on my first march. As someone who has benefited so much from the achievements of LGBT*Q+ activists of all kinds, I believe that I have a responsibility to support and to represent each and every initiative that combats discrimination. And I urge everyone to do the same, regardless of their sexuality or gender identification. By standing together, we really can affect change, sometimes on a micro level, like showing a young LGBT*Q+ kid that they are accepted and loved, or on a large scale, like changing laws and saving lives. And if my experience is an example, supporting Pride may somehow change your own life in the process.