Meet the Wild Woman of Wye

We chat to Angela Jones, the wild swimmer working hard to save our polluted rivers

Things you expect to see drifting down the river on a sunny day. A family of ducks, perhaps? Or a few stray leaves? Maybe the odd log. But one thing you don’t expect? A coffin, dragged along by a single wild swimmer and flanked by a flotilla of grim reapers on paddle boards...

While it sounds like something out of a black comedy, this was a real environmental demonstration which took place on the River Wye last summer  – and the issue it was highlighting is no joke. The river is in serious danger from pollution, according to Angela Jones, an environmental campaigner nick-named the ‘Wild Woman of Wye’. Angela has spent over 30 years swimming in, sleeping next to and caring for this river — and now its pulse has begun to flatline.

“I could see the river dying, so I asked myself ‘how do I feel'?” she says, speaking from her garden in Herefordshire six months later. "I felt bereaved. So I thought, ‘I’ll get a coffin and bring it down the Wye’.”

For those who aren’t familiar with it, the Wye is a 155-mile river stretching from mid-Wales to the Severn estuary. It’s also pretty special – a Special Area of Conservation that is, which is protected by two Sites of Special Scientific Interest.

But the bad news is that it’s also seriously polluted. Chicken and dairy farms have been draining into it for years, causing algal blooms that deplete the oxygen in the water, which in turn causes plants and fish to perish.

Despite this, it’s Angela’s favourite place in the world. She spends up to eight hours a day swimming in it, sleeps on its banks twice a week, monitors plant and animal populations, and even penned a book, Wild Swimming The River Wye, while sitting alongside it. She’s also a wild swimming instructor, and teaches people how to relax in the water while respecting the river’s unique ecosystem.

“Open water swimming has increased by 325% in one year. It’s the fastest growing sport,” she says matter-of-factly. “But with that comes people abusing the natural resource.”

To state the obvious, the joy of wild swimming is that it’s, well, wild. Unlike pool swimming, there are no chemicals in the water — which means that the ecosystem can be knocked out of whack when products like perfume or deodorant end up in the waterways. There’s also the risk of cross-contamination from other water sources. 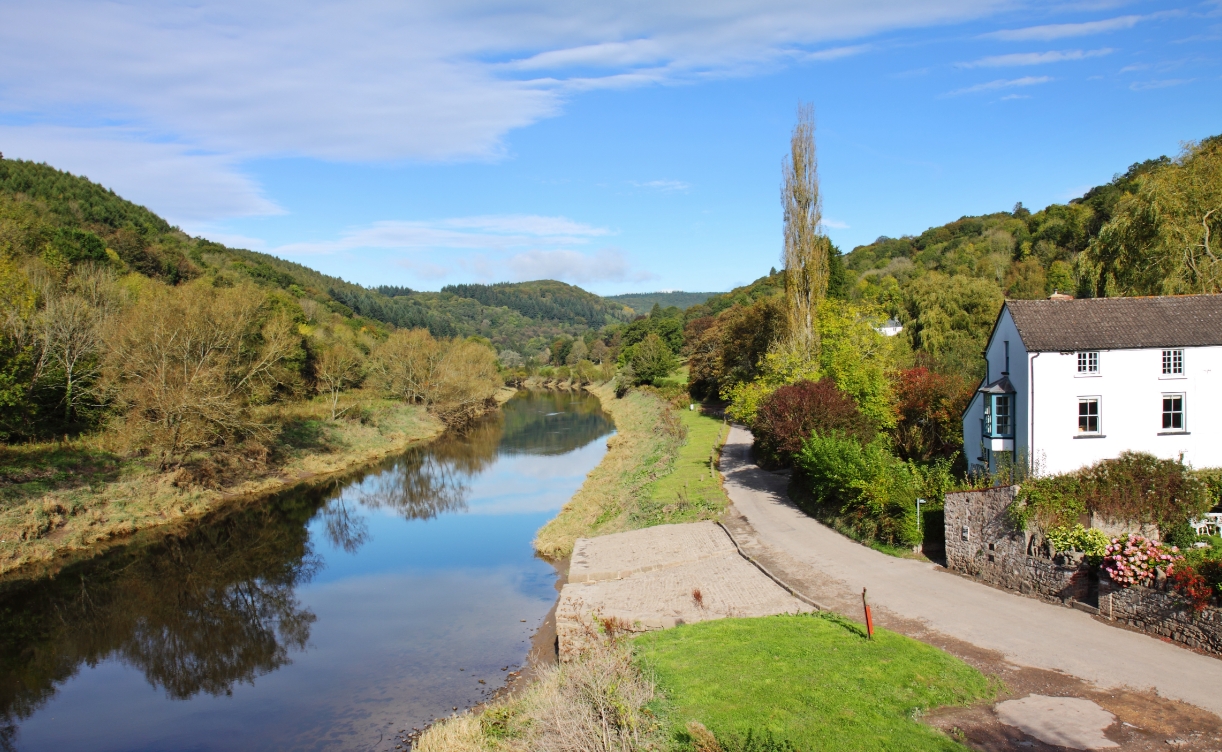 “If you swim in the sea and then come into a lake or river, you’re cross contaminating,” says Angela. “You can clean your wetsuit and make it look fresh, but that doesn’t kill the plagues created by cross-contamination.”

She’s working with a university to create a wetsuit cleaner that won’t damage the river because, unbelievably, one doesn’t already exist. She’s also writing articles, taking MPs (including David Davies) for a dip, and organising protests — like the Wye’s ‘funeral’ — to create as much noise about river pollution as possible.

One of the reasons Angela is so vocal on the subject is because of the benefits you can get from wild swimming. Able to reduce inflammation while simultaneously boosting circulation and metabolism, wild swimming is also being hailed as an effective treatment for alleviating symptoms of depression. Angela herself views it as life changing.

“Once you properly do cold water swimming, it brings on a whole new experience for you,” she says. “When people come to me, I strip them of everything, put them in the water and get them to relax.” She pauses. “Then, they actually find who they are.”
It’s experiences like this – alongside the river itself – that she’s fighting to protect.

“I’m very much about the environment and what we as swimmers can do to help,” she says. “I don’t want to put people off wild swimming — the health benefits are huge. But it’s got to be about respect and knowledge.”

She recommends educating yourself on exactly what is going into the rivers (and put it this way, it’s not just wild swimmers). She also suggests writing to your MP and the environment agencies — anything that will cast the first ripple to bring about change.

“Even though we’re hitting bad times in the rivers, you have to remember the beauty in nature,” she says, as birds chirp idyllically in the garden behind her. “I’ve got an invitation into nature. And I will never stop until I see change.”
You can find out more about Angela Jones and how you can help on her website.