Five of the best wintry walks in the UK

Where to stroll (and stay) this winter, according to travel writer Ianthe Butt 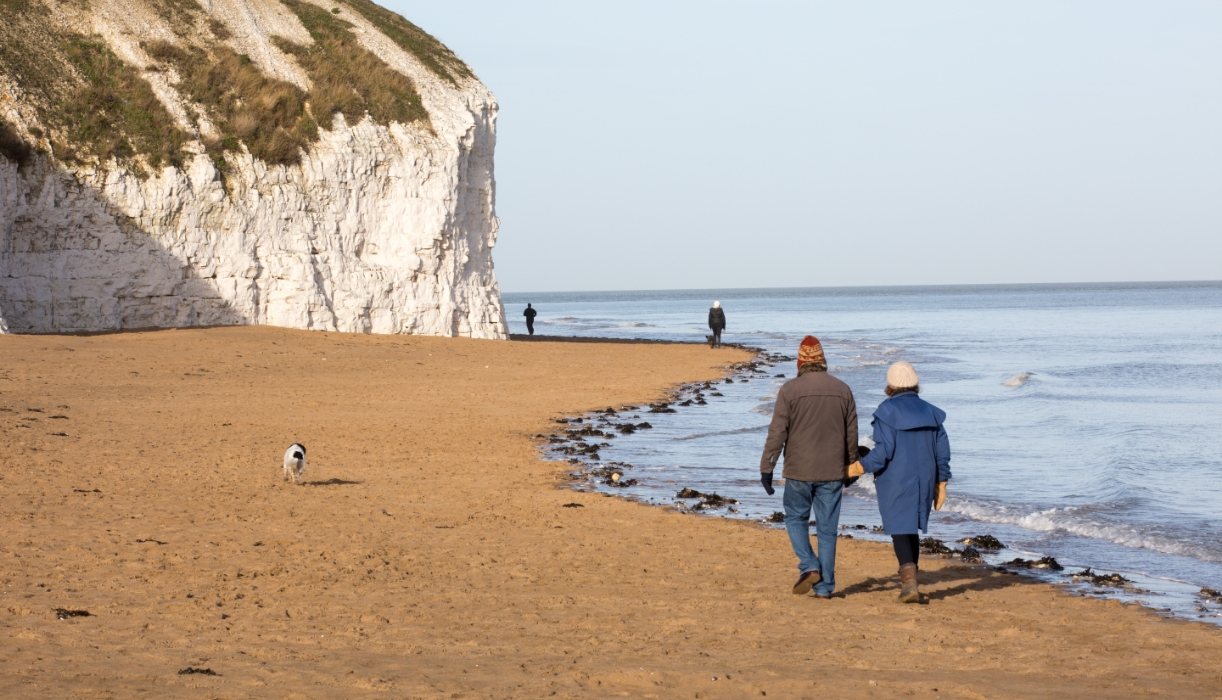 Going for a long, wintry walk is one of our favourite ways to while away the festive break. So, travel writer Ianthe Butt asks, why not make a wholesome getaway of them? Pairing as dreamily as a chunky knit and a blanket scarf, winter strolls and cosy hotels go hand-in-mitten-clad-hand during the festive season. And it turns out, with its wild coast, countryside trails and sparkling forests, the UK does walking stays so well. We’re already digging out our boots…

Despite being an easygoing couple-of-hours stroll, this circuit, starting at Braemar village, delivers on Highland scenery, passing through juniper-filled, ancient birch woods, known locally as ‘birks.’ The forest’s at its most spectacular when the temperature drops and the trees take on an icy glimmer, as though Jack Frost’s taken a merry dance through the woodland. From Braemar, head along Chapel Brae Road past the pond to Morrone, before heading west through the birch wood, which bends towards the River Dee and Braemar. Along the way, enjoy Cairngorms vistas and look out for red deer and ptarmigan. Stay nearby at The Fife Arms, masterminded by gallerists Iwan and Manuela Wirth. Expect a warm welcome and grand bedrooms decked out with curio, contemporary artwork, and tweed-y, tartan-y riffs. Book here.

While Box Hill might be the Surrey walk that gets all the attention, the six-mile Mole Gap Walk – a train-station-to-train-station ramble bookended by two market towns, Leatherhead and Dorking, which follows the winding path the River Mole’s cut through the picturesque Downs – is rather lovely. After a takeout caffeine fix from Leatherhead indie coffee shop Charlie & Ginger, beat a path to the river, passing manor houses, meadows where cows gently moo, holly-fringed paths, impressive railway arches and ancient yew forests, before emerging into one of the UK’s largest vineyards at Denbies estate. Here, oenophiles will find plenty of cheer, from festive afternoon tea (featuring mulled and sparkling wines) to bedrooms decked out with vine-patterned wallpaper. Book here.

The Brecon Beacons National Park is a Welsh wonder, and while nature reserve Pwyll-y-Wrach in Powys might be small, it’s marvellously atmospheric. Head for a ramble around its oak-ash woodland along well-worn paths, or – if you’re more adventurous – take the slightly rougher path for waterfall views of the River Enig cascading into a ‘Witches Pool’. Afterwards, head to Talgarth Mill, which has a working waterwheel and artisan bakes at Pobl (hello, apple and blackberry crumble pastries), before a peek at 12th-century keep Bronllys Castle. Ten minutes’ drive away, bed down at Felin Fach Griffin, an unpretentious bolthole with eight charming rooms – think snuggly Welsh blankets, Roberts Radios and fresh flowers – and a cosy fire-lit library. Don’t miss the cooked ‘Borders’ breakfast and Usk Valley apple juice. Book here.

The wildlife-rich pootle: Cley next the Sea to Morston, Norfolk

While the entire Norfolk Coast Path runs at 84 miles, one of its prettiest portions is the segment from Cley next the Sea – with its fairytale pretty windmill and swishing reedbeds, where marsh harriers and tufted duck can be spotted – to Morston’s haunting marshes. On the way, you’ll pass through Blakeney, where a stop at Two Magpies Bakery for a bite to eat is a must. Early birds can enjoy rose petal granola or spiced apple vanilla porridge for breakfast, while lunch options include hazelnut, honey and garlic baked brie, before heading to Morston. Round things off in laid-back rural style at boutique hotel The Harper, which has homely rooms and an array of armchairs by woodburner-lit Ivy’s, which demand to be sunk into. Book here.

Nothing blows the cobwebs away like a brisk coastal walk, and Kent serves up high drama cliffs and sandy sweeps in abundance. Starting on Margate’s golden sands, the six-mile walk to Broadstairs allows for an arty pitstop – meandering past The Turner Contemporary, named for the artist who described Thanet’s skies as ‘the loveliest in Europe’ – as well as taking in Palm Bay, the toothy chalk stacks of Botany Bay, and Kingsgate Castle in Broadstairs. Tide dependent, pick ’n’ mix between cliff stretches and beachy segments enroute, then hop on public transport back to Margate’s Fort Road Hotel. At this reimagined landmark property, sip a 70% dark hot chocolate with spiced rum by the restaurant’s roaring fire or below a Tracy Emin neon in the underground bar, before retreating to design-led rooms decorated in earthy shades. Book here.