Winter pop ups to get us in the festive mood

Still have space left in your festive calendar? Take a look at our pick of the best Christmas events across the country 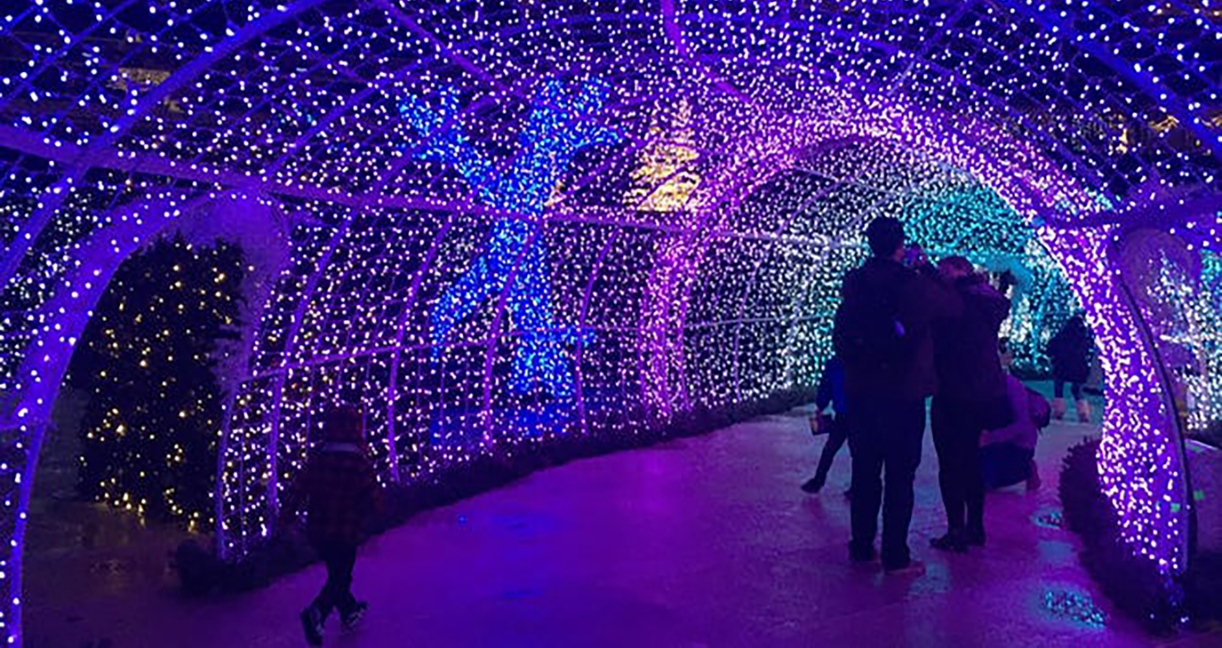 Clear your calendar, winter pop-ups are back and better than ever before. While last year’s, erm, ‘hiatus’ crushed our dreams of drinking something hot, warm and spiced on a fake-snow filled terrace, nothing can stop us rocking up at all the pop-ups this year (we hope, anyway).

There are brand-new bars with even funkier themes, pop-up ice rinks everywhere from Scarborough to Surrey, immersive cinema (and theatre), carols in breweries, festive installations and much, much more. In fact, there’s almost too much to do – so we’ve picked out the absolute highlights. 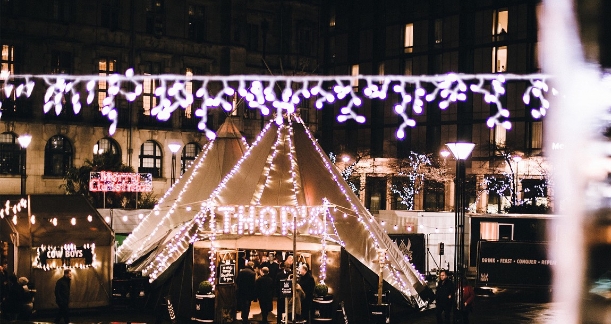 We’re not sure the Vikings celebrated Christmas, but if they did, they’d probably have had a few at Thor’s Tipi Bar. The warrior-themed outposts in York, Brighton, Lincoln, Leeds and London are fitted with faux furs and firepits, as well as a ‘hot choc-tails’ menu that includes tequila-infused hot choc. If you’ve ever wondered what happens when karaoke meets après ski, check yourself into a Bar Hutte (found in Edinburgh, Liverpool and Manchester) for ‘Bombardinos’ – Italy’s answer to eggnog – and 1hr 45 mins of murdering/nailing Mariah tunes (delete as appropriate).Up in Newcastle, Christmas on Pilgrim Street has transformed historic pub The Monkey Bar into a brand-new festive bar, complete with Geordie-inspired cocktails called things like Tinsel Toon and The Grinch Who Got Mortal. 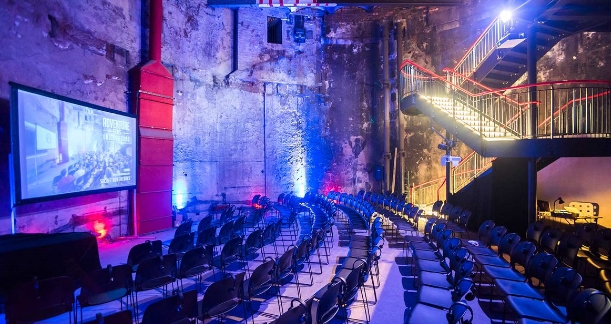 Can’t make it through December without whistling Walking in the Air? Get yourself down to one of the cathedrals all over the country that will be showing The Snowman complete with a live choir. In the capital, Backyard Cinema have – yet again – taken immersive cinema to the next level with their Christmas roster. They’ve filled a Grade-II listed music hall with a lake, a live choir, poetry readings and a non-stop dance party – and that’s before the films even start… For something more low-key, Brunel Museum is celebrating all things A Christmas Carol by transforming its grand entrance hall into a beautifully decorated underground cinema.

In London, the Natural History Museum’s ever-popular ice rink is back for a final hurrah this year, but you can also head to the rooftop at Tobacco Docks to combine skating with ever-popular igloos and an alpine-style bar. There are loads of new rinks all over the country (including the first-ever rinks in Scarborough and Whitby), but the most extra of them all is Manchester’s Unreal Xmas. It’s two full stories of snow-capped trees interwoven with an ice rink and includes a skate up bar… Also offering, er, spirited skating is Luna Springs in Birmingham. Their outdoor rink is next to a colourful Bavarian Booze H all, and they’ve even got a Brunch on Ice option involving bottomless bubbles and burgers – after your hour of skating is up, of course. 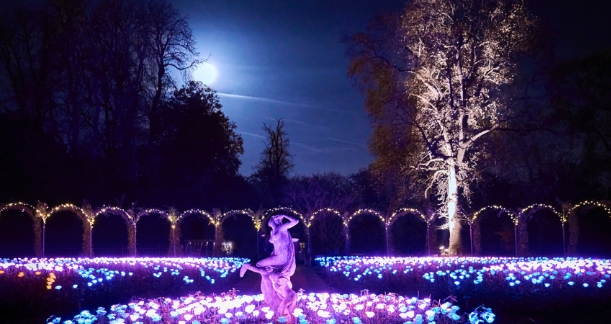 We’re unashamed fans of a good National Trust property here at hush HQ – and especially when the vintage halls have been decked out for Christmas. This year, Oxford’s Blenheim Palace is themed around The Nutcracker, complete with a toymaker’s workshop, larger-than-life gingerbread men and a music box version of the Sugar Plum Fairy. The decorations at York’s Castle Howard are bringing Christmas to Narnia – and, by extension, Yorkshire, while in Bristol, Ashton Court has created their version of the 12 days of Christmas with a jam-packed roster of events including comedy, drag cabaret and live jazz. 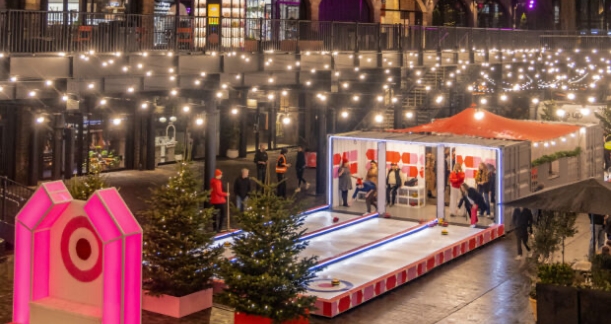 In case you weren’t aware, curling is now (apparently) cool. It’ll probably become even more of A Thing following the Winter Olympics in February, so we’re getting our practice in now. Location-wise, the pop-up curling club at Kings Cross’s Coal Drops Yard is attracting quite the crowds – although the 10m curling lane at Spinningfields in Manchester is right next to a bar selling pigs in blankets loaded fries, so…. 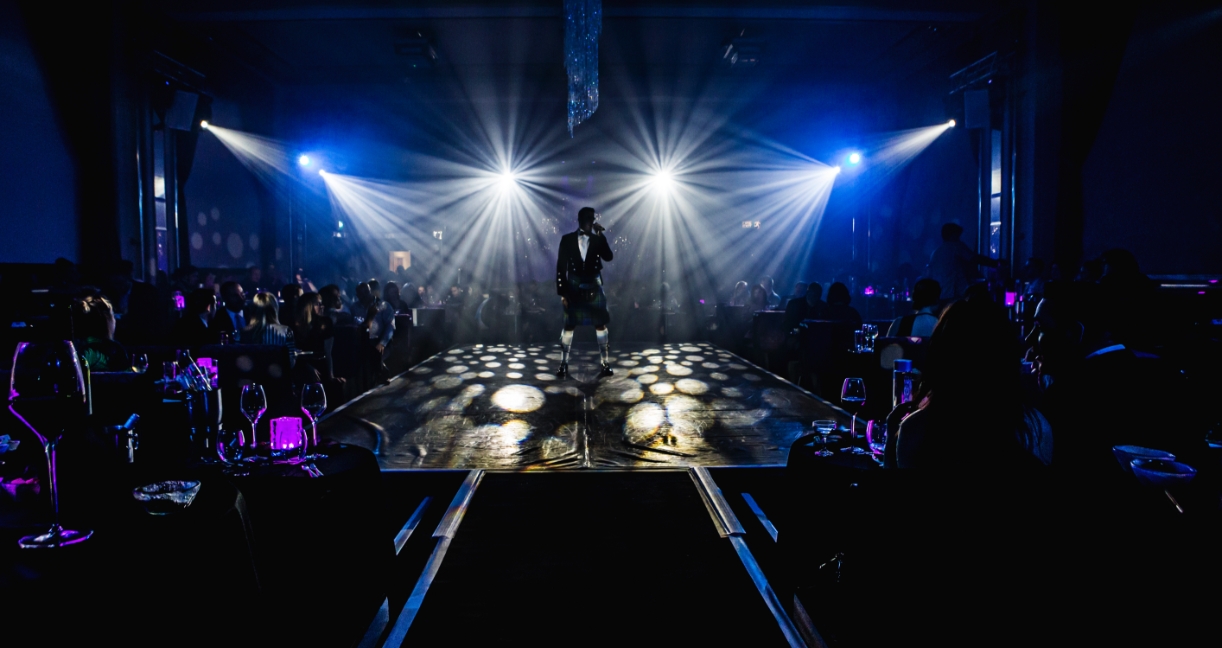 Last year, even the idea of being inside a theatre seemed laughable – let alone getting up close and personal with the cast. So, there seems little better way to embrace the return of theatre with the Great Gatsby Christmas extravaganza at London’s Cabaret Club – an all-singing, all-dancing (ok, and all-drinking) performance allowing us to finally celebrate the roaring twenties 2.0, albeit two years later… We’re also eyeing up Wonderland in Nottingham – an immersive Alice-themed pop-up taking over an ex-Disney store – and Liverpool’s Christmas Countdown, which will see live, interactive performances taking over the city centre every day from 6pm. 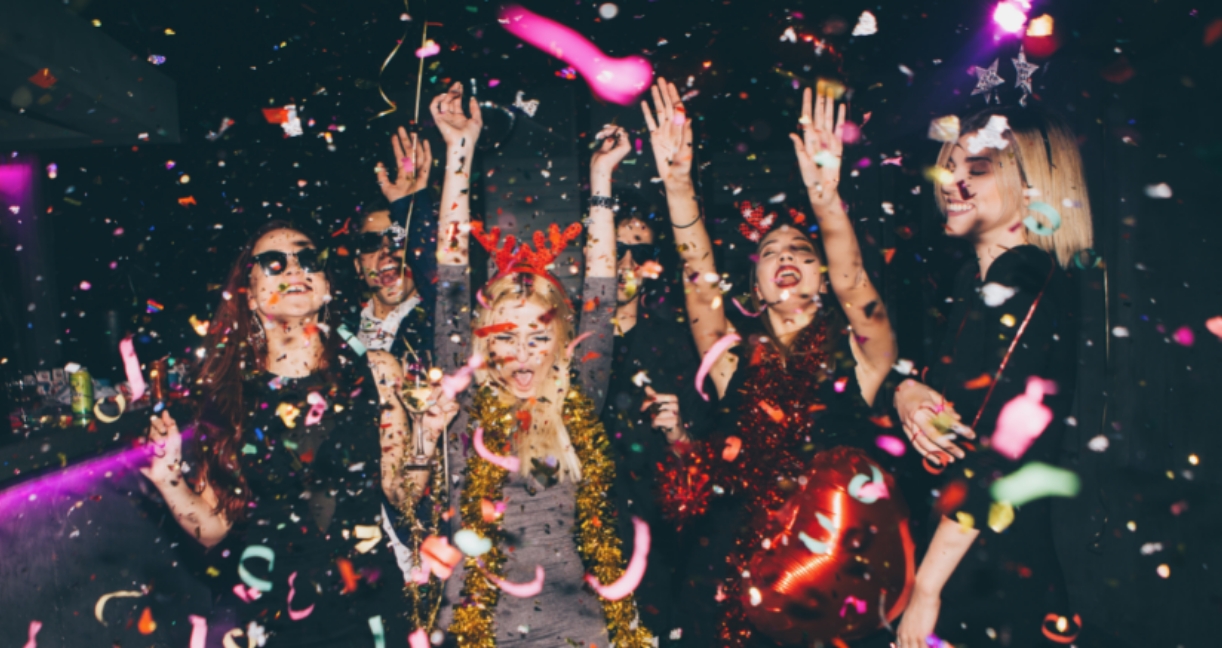 It wouldn’t be Christmas without a few bars – whether they’re boozy or of the musical variety.  That’s the philosophy at Firebird Brewery, anyway, who will be clearing the halls of their Surrey-based brewery only to fill them with carol singers again. Similar vibes can be found at Anthologist Manchester, who have created a carol-themed bottomless brunch, complete with four-piece piano ensemble (and camembert-topped turkey burgers).