It looks like you're visiting from country. Please click here to continue shopping.
Final reductions | Sale now up to 70% off Free delivery on all orders over £50 Free returns collection via Royal Mail

Where is the one place on earth that you’ve felt truly awe-inspired? We asked five adventurers to share their most memorable, spine-tingling moments, and the astonishing destinations that truly gave them goosebumps...

Capturing a life-changing moment under the Northern Lights 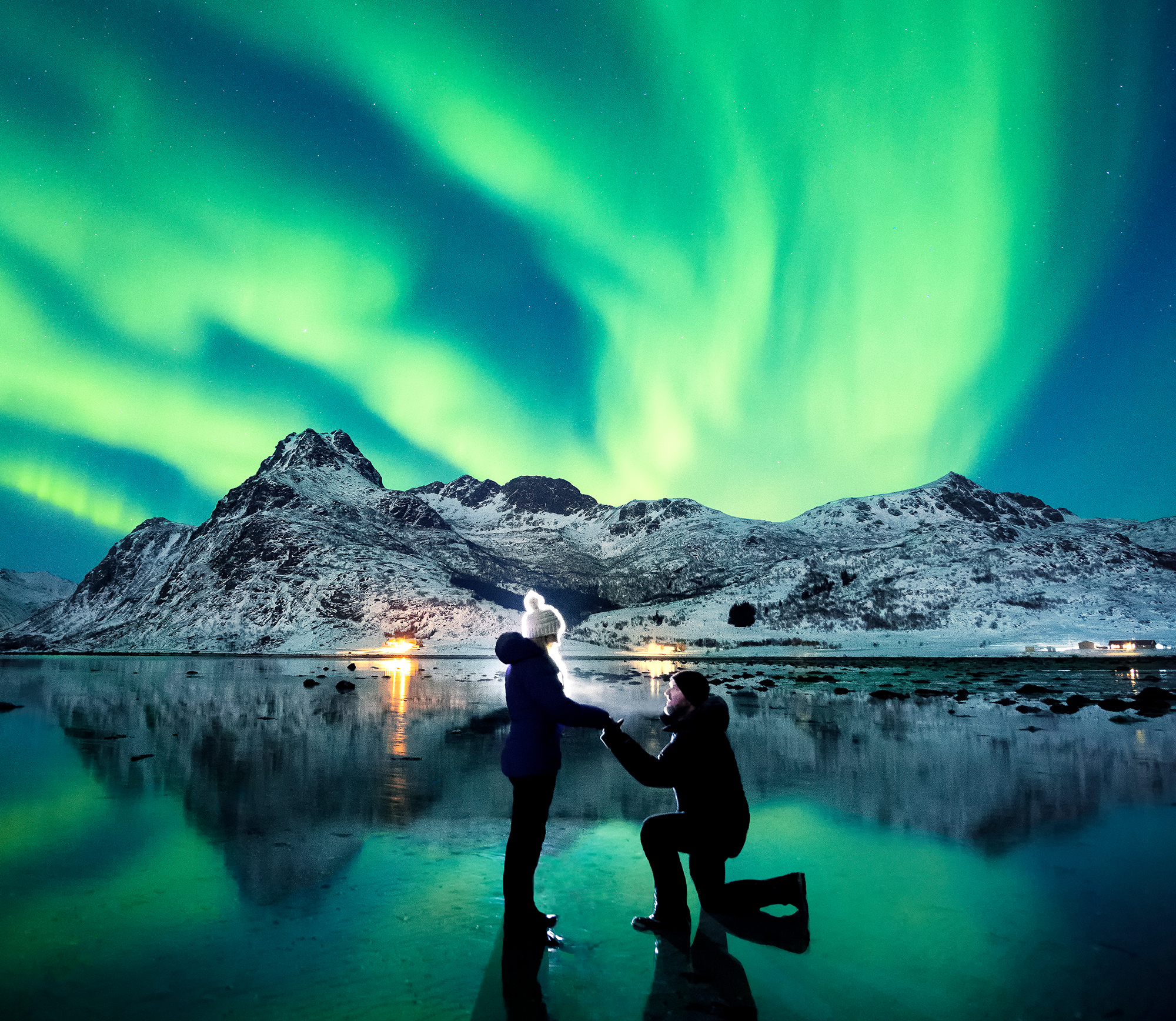 “To take a great picture of the Northern Lights you need the right conditions – clear skies, a striking composition, your camera settings perfected. You have to pinpoint the ideal moment. To time it with a proposal is even tougher.

I always wanted to do something extravagant when I proposed to my partner Karlie; we’re both landscape photographers, so a beautiful setting was important. My first attempt at proposing under the Northern Lights was in Iceland, but Karlie had accidentally thrown away the moisturiser bottle where I’d hidden her engagement ring! I didn’t say anything and saved for a new ring ahead of a trip to Norway. This time I kept it safely in my jacket pocket. 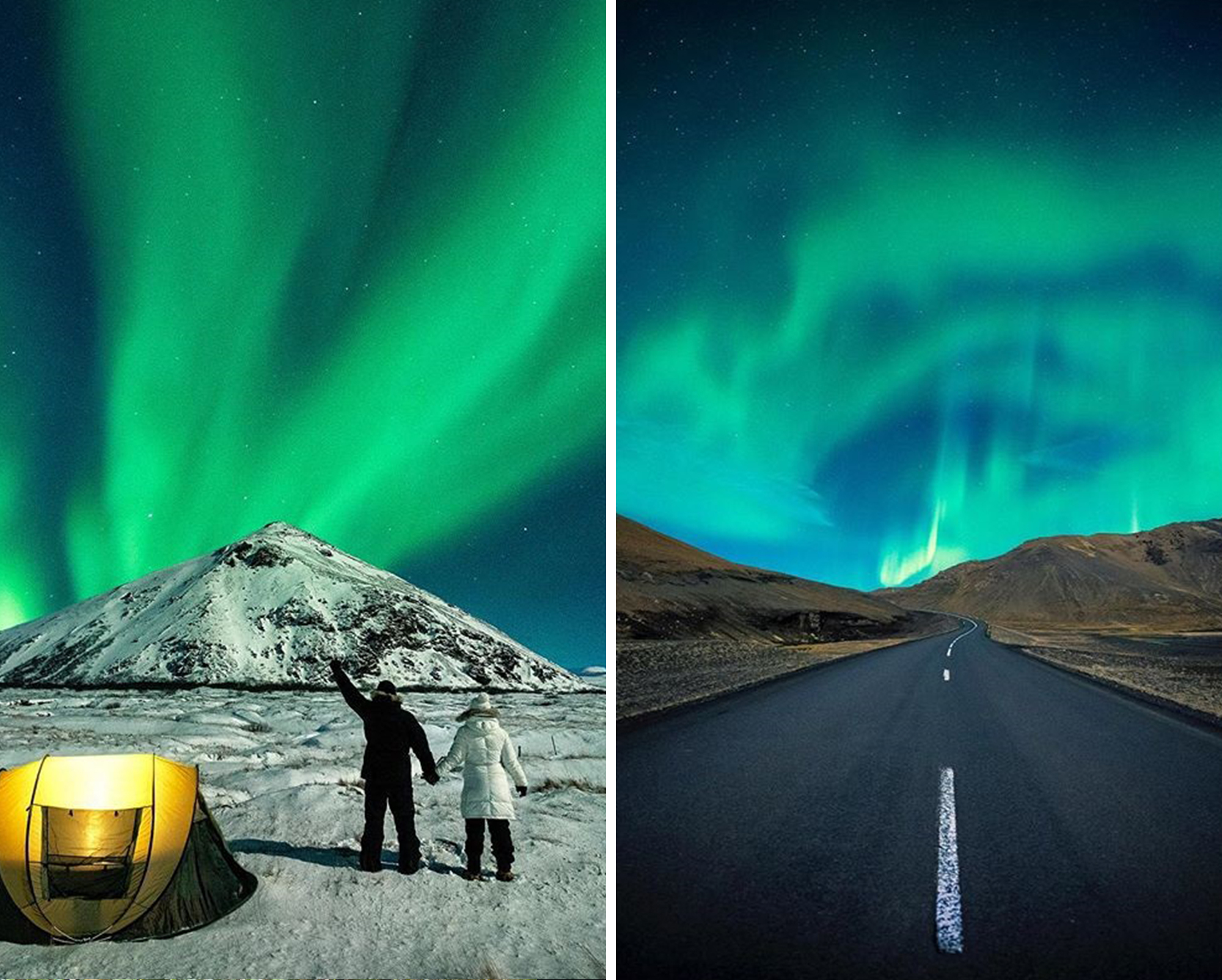 One evening the weather was just right, so I set up my camera and timer to capture the Northern Lights while Karlie grew increasingly impatient. When I went down on one knee she was completely shocked. She kissed me and I had to double check, ‘Is that a yes?’

Afterwards we went to the car and simply watched the multi-coloured waves of the aurora light in the night sky. I edited the photo that night and shared it online. By the next morning 40 million people had seen it. To celebrate our second wedding anniversary in February, we’re heading back to the exact same spot. This time there will be three of us, our baby girl, Mia Aurora, named after the Northern Lights, will be joining us.” “After three hours sleep shoulder-to-shoulder with strangers on a tatami mat on the floor, I found myself outside in the dark at 1am. I was delirious, tired, and shivering in the freezing air 3,000m above sea level. We were somewhere past the eighth station on the side of Mount Fuji, and after hiking for over eight hours the day before, my body did not feel ready for the final push.

But I laced up my hiking boots and set off, determined. The night was crystal clear, and as I walked, dozens of shooting stars zipped across the sky above me.

It was another three hours, scrambling over loose ash and huge chunks of ancient lava, before I made it to the top. Ahead in the darkness I could see the final Torii Gate, bathed in an amber glow from the torchlights of other hikers. Buoyant with emotion, I raced up the last few steps to the gate and turned to see the rust red glow of dawn glimmering in the distance. Against all the odds, and all my self-doubt, I had climbed Mount Fuji – just in time to see a new day breaking as I stood on top of the world.” 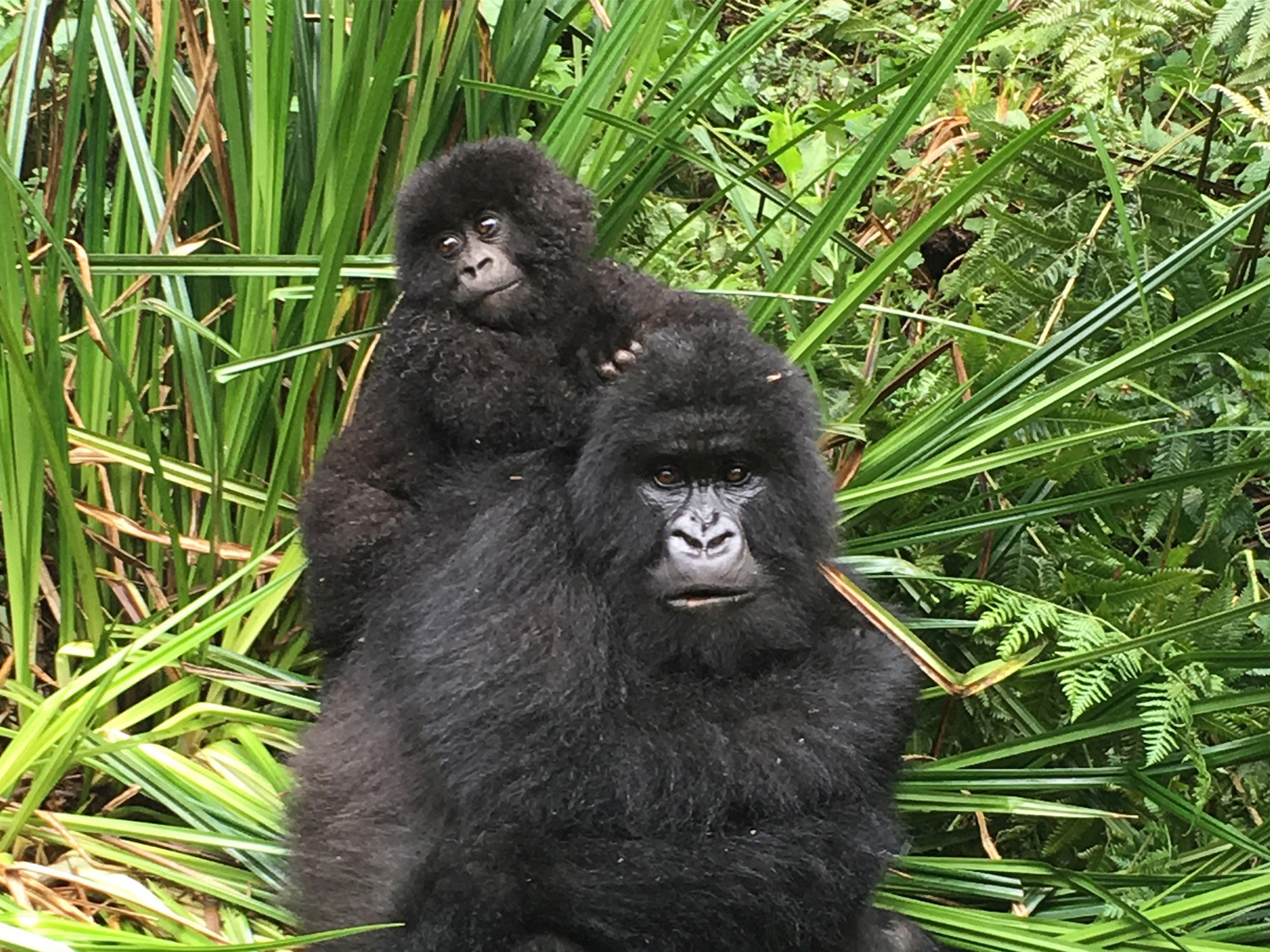 “One of my most memorable adventures was hacking through the bamboo rainforest of the Virunga Volcanoes Range in Rwanda to come face-to-face with a silverback gorilla in the wild.

My base was a lodge on the site where Dian Fossey (of Gorillas In The Mist fame) set up her first conservation camp. Visitor numbers in Virunga are strictly limited to eight humans per gorilla troop each day, so tracking the gorillas felt remarkably intimate; we were like a family of humans visiting our gorilla cousins for tea. 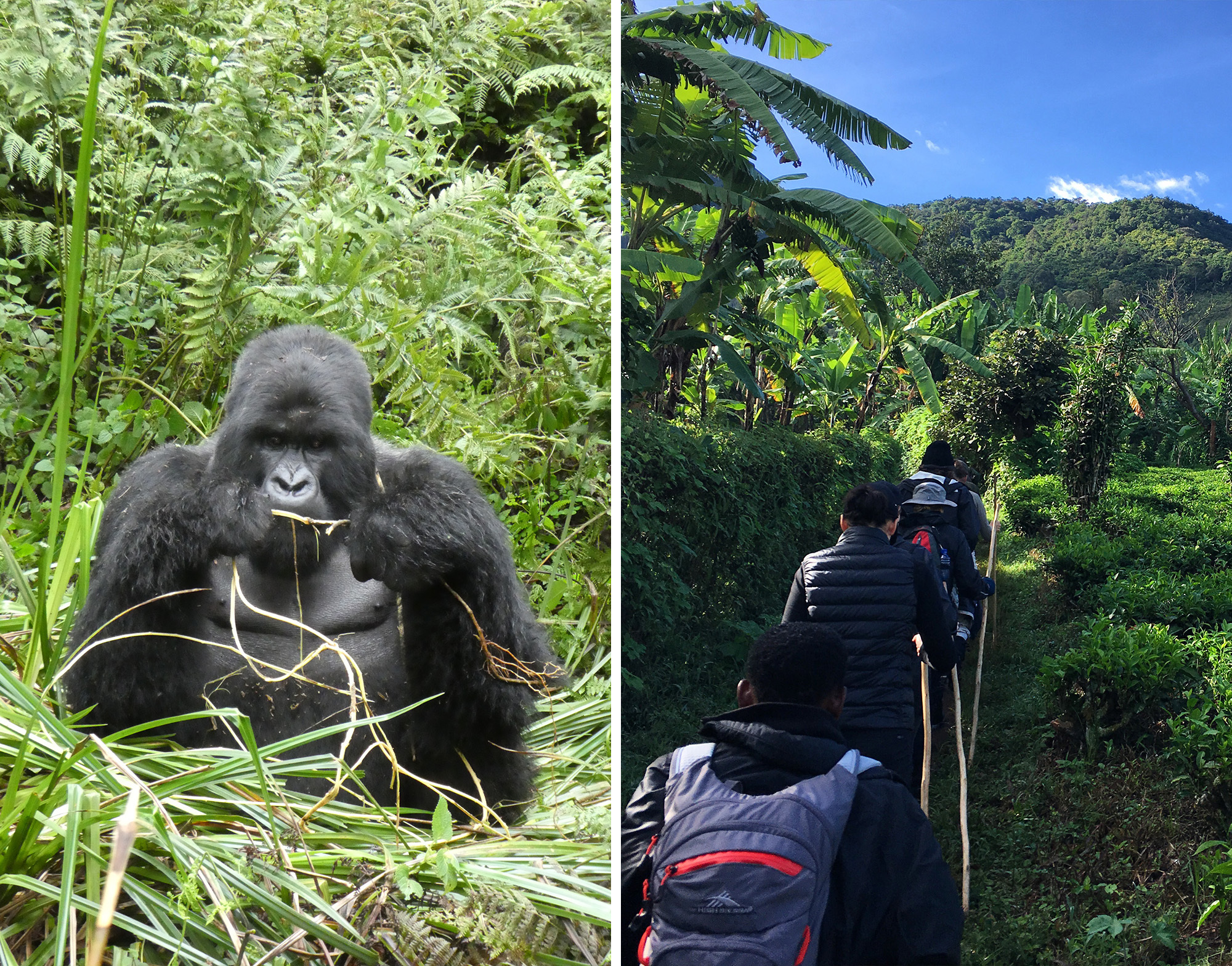 It was a profoundly affecting experience, being welcomed by the species closest to ourselves. They were gloriously untroubled by our squeaks of delight and the occasional shutter flash. They just kept on chewing bamboo, scratching around, doing their thing.

When Fossey began her research in 1967, the mountain gorilla population was an estimated 240; happily it’s now risen to 900. But meeting the mountain gorillas was a sobering reminder just how fragile the world is. For me, the pulse-racing experience of seeking out these mighty apes in the shadow of the dramatic, mist-shrouded Virunga volcanoes was as thrilling as it was humbling."

Anna Hart, Contributing Travel Editor at Stylist and author of Departures: A Guide to Letting Go, One Adventure at a Time

Facing a 40-foot wave in Fiji 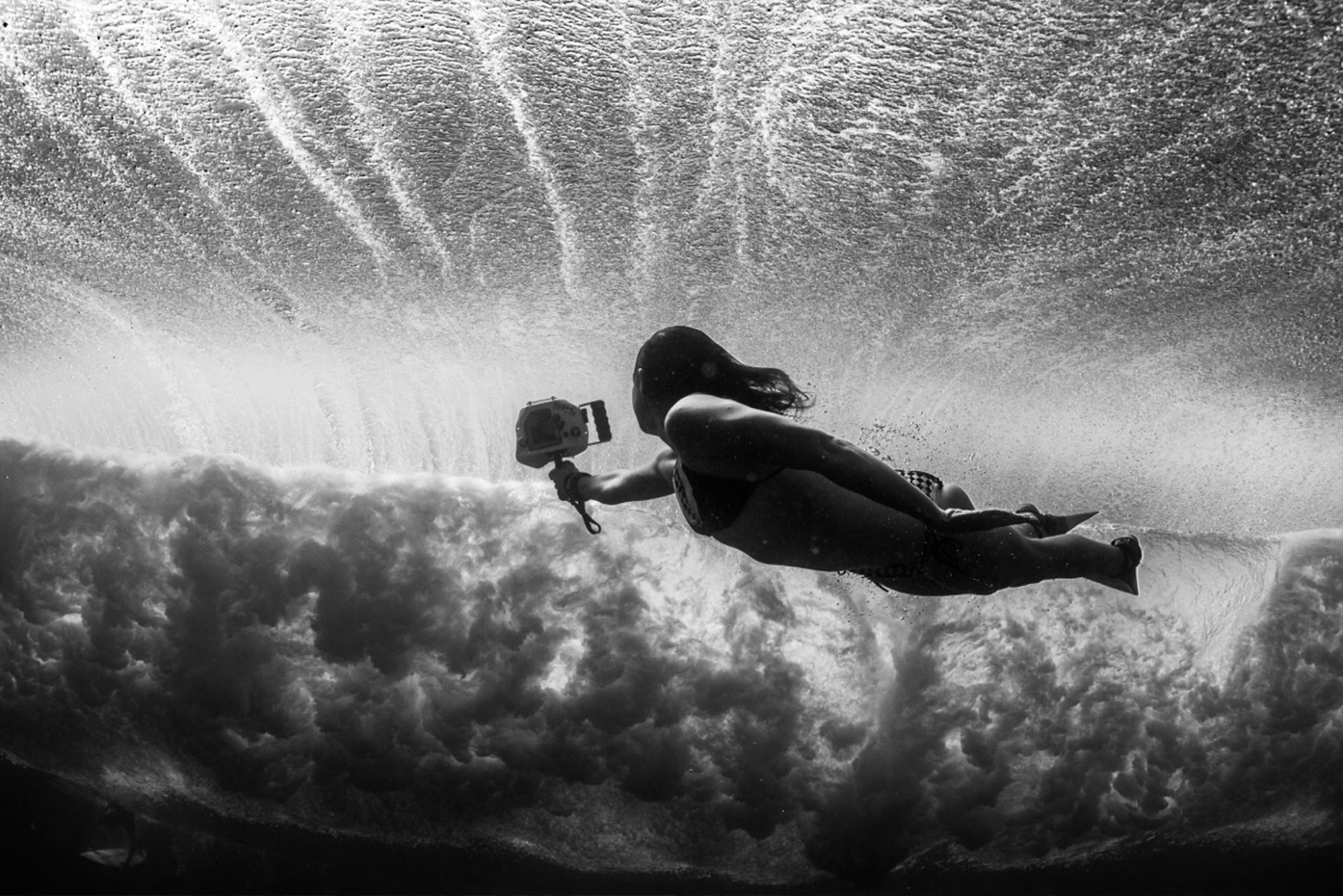 “Three miles from Tavarau island in Fiji is Cloudbreak, a beautiful tropical reef renowned for its fast, dramatic waves. I was there photographing the Surfing World Tour, when news hit that a huge, history-making swell was coming. It lived up to the hype; the waves were humongous, about 40ft high. I was shooting on the water, riding the back of a jet ski, when a surfer wiped out nearby. We had to help. My camera wasn't in underwater casing, so I tucked it in my jacket, and we sped towards him. The next thing I knew, I was thrown in the water. The waves were so powerful, and I felt so small; walls of white water, as big as a house, came rolling at me. I was wearing a life jacket and knew not to panic or struggle – just go with it.

I'd never felt that close and connected to the waves. It's a feeling I won't ever forget. Everyone was helped to safety quickly – but my kit was ruined. I thought all my photos were lost, but later I found a memory card had survived. There are some fantastic shots where the symmetry of the waves and the light are perfect. I spend most of my job in or on the water with my camera, but the experience in Fiji was a reminder that you can't master the ocean. Nature can always catch you out."

Paddling with icebergs in Patagonia 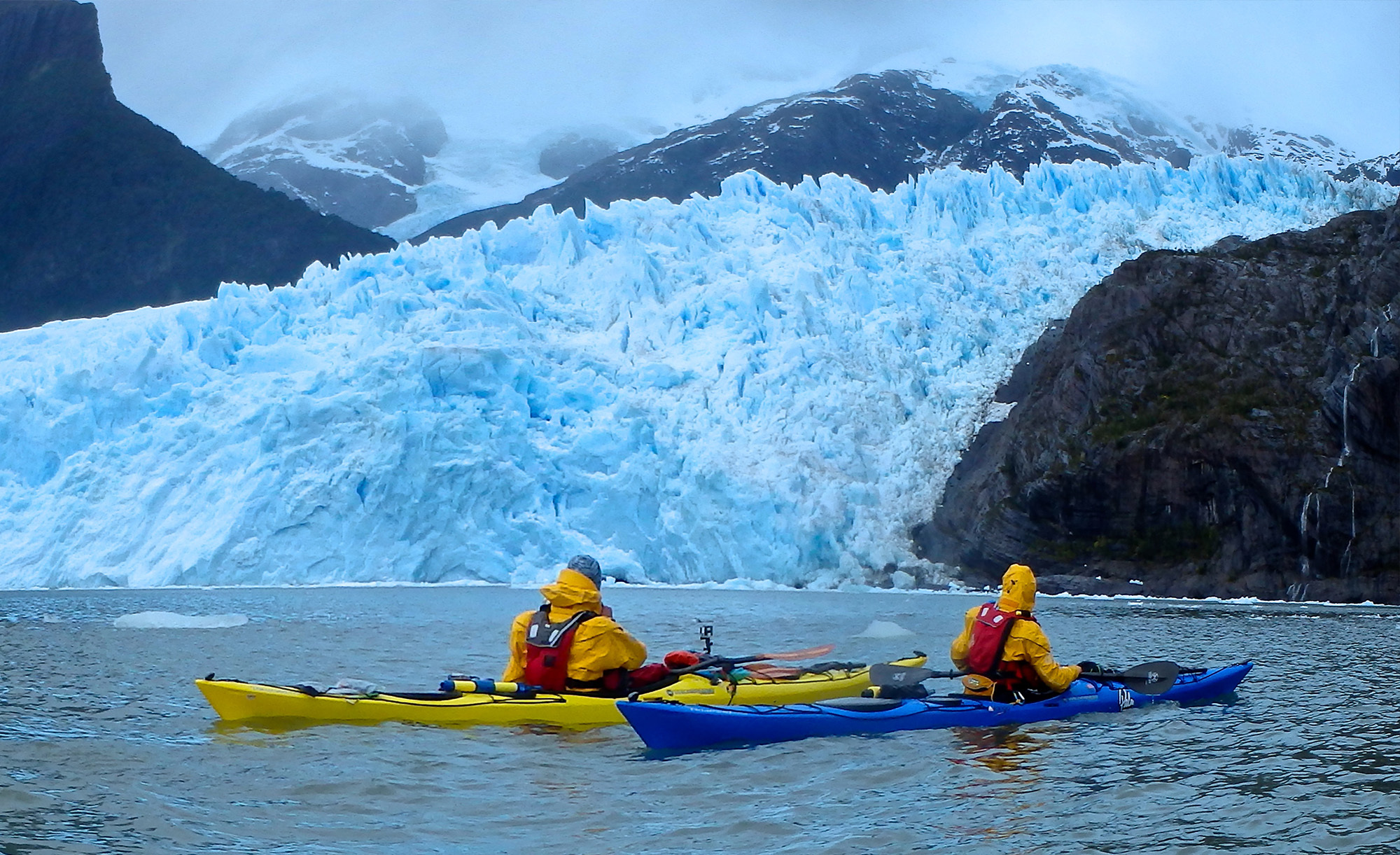 “I’ve kayaked all around the world, from Norway to Menorca, but my most memorable trip was kayaking 800km through Patagonia in South America. It was just me and two friends. We paddled for six hours each day through the untouched wilderness, making camp on land each night and playing lucky dip on the dehydrated meals-in-abag we’d packed. We switched the satellite phone on once every evening to get the weather forecast. Over our five-week journey, we only saw three fishing boats. 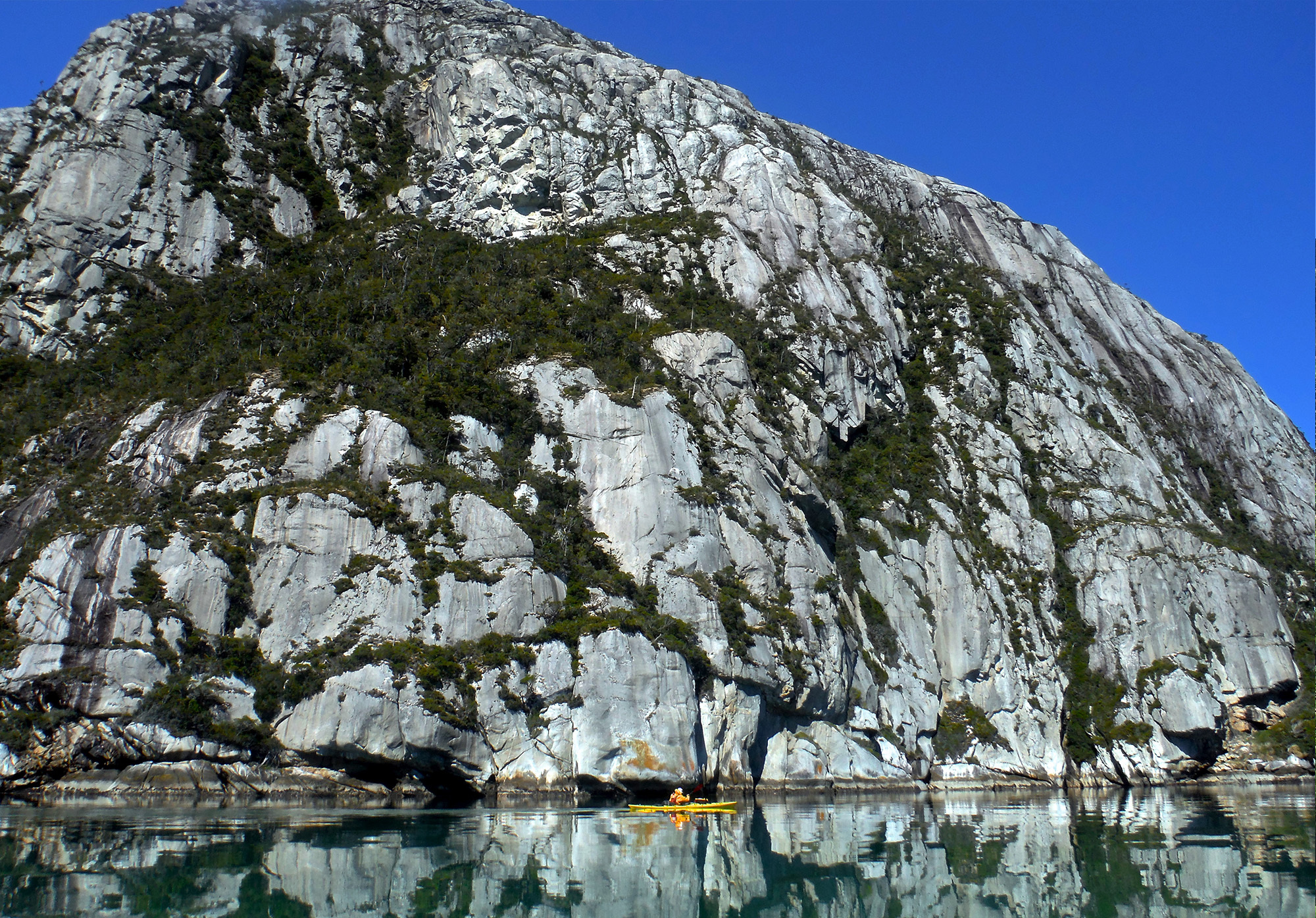 ‘Breath-taking’ doesn’t do the scenery justice, which switches from snow-capped mountains to rugged rocky landscapes to dense rainforest. It was early spring, and still very cold. The area is known for its glacial fjords, and we were paddling in one on a beautiful blue-sky day, when the water was mirror flat. As the tide came in, a flotilla of icebergs floated past us, some the size of a small car, others as big as a double-decker bus. For two hours we watched in amazement as they drifted slowly in, and back out again as the tide subsided.

My urge to explore comes from a desire to discover places few people have been to – and in that moment it was a privilege to witness such a spectacle of nature.”