‘Til the Talking Took You: Part I

Best-selling author and Women's Prize for Fiction nominee Naoise Dolan has written a two-part short story exclusively for us. Read Part I now; Part II will follow in July. 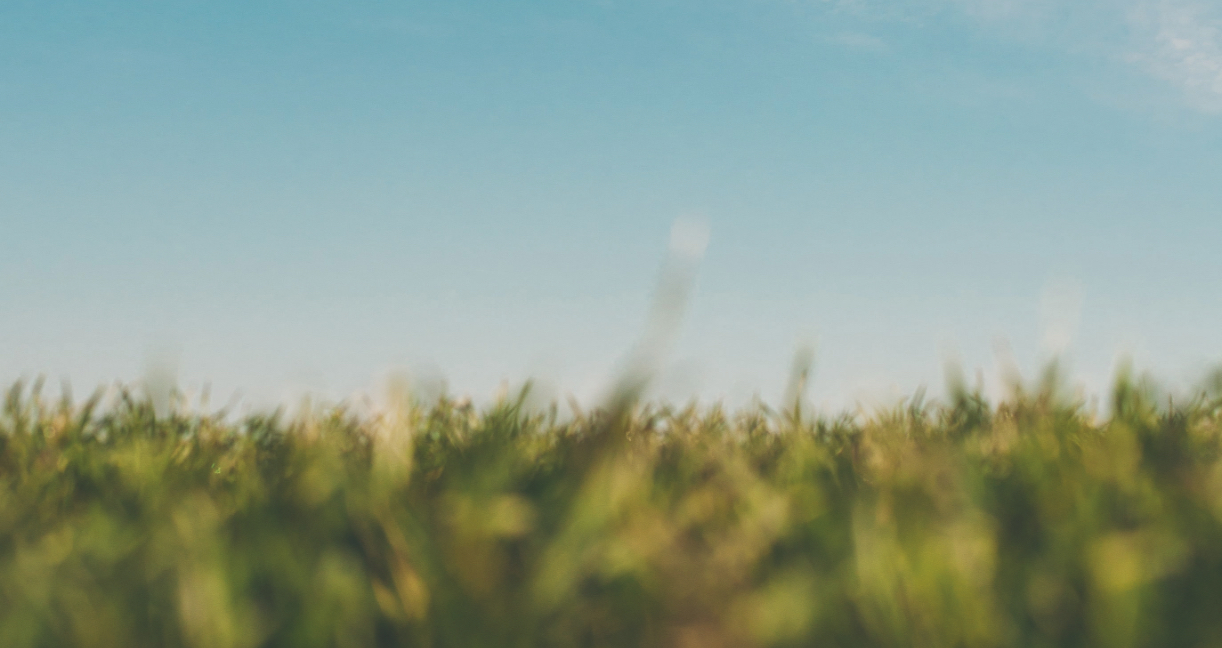 It was a warm summer’s day at a London overground station, and Sophie had to talk to Mia. Her chance to avert eye contact had come and gone. She’d once thought she’d eventually reach a stage in life where she could easily remove herself from unwanted conversations, but the voice instructing her to stay had merely changed from her father’s to her own.

‘Of all places!’ Mia said, as if Sophie’s appearance were not in itself surprising, only the fact of her being at the same station. In fact they had not spoken in three years.

‘I still get trains’, Sophie said. ‘Stations tend to be good places to do that.’

Much had changed about Mia since school, but she still parted her hair in the centre and then a leftwards zigzag down the back of her head. She’d always said it grew that way naturally. One night when they were fifteen and Sophie slept over, she’d challenged Mia on that point. She’d combed a straight line for Mia and pinned it, and in the morning Mia had a headache. ‘It wants to go back’, she said, took the pins out, and shook her hair. Sure enough it fell into the old pattern.

Today, two decades on, Mia wore a floral dress and carried a shopping bag, out of which peeked a newly-bought parlour palm. The houseplant did not know what it was in for, and was better off not knowing.

There were beads of sweat on Sophie’s forehead, but her arms felt cool. She had started wearing linen lately — she would never get a mortgage but she could roll on the trappings like a decal — and she wondered if Mia had noticed this change.

‘I have never in my life been good at getting trains’, Mia said. ‘That’s on you.’

They shared a laugh, which Sophie then recoiled from. They slipped too easily into ditzy Mia and stalwart Sophie, when increasingly their lives did not bear out the assumption within their dynamic that Sophie had everything sorted. From afar Sophie had followed Mia in all those years since school, and Mia seemed to love her job and to be engaged to a man called Clive. Sophie had never once thought to want such a thing for herself until she heard Mia had secured it, and now a Clive, the Clive, seemed another marker she had not achieved. What did Mia know about Sophie?

The last time they’d properly caught up, at a friend’s Christmas party, Sophie had been working at a florist’s. She’d since moved on to new opportunities after confusing a rich woman’s hyacinths with azaleas. Her professional life continued to advance about as well as anyone’s could after that mortal lapse.

‘Is it the next train you’re getting?’ Mia said.

‘The one after’, Sophie lied. She did not urgently need to get home, and there was a token route change for the last two stops that made it a plausible train to need rather than Mia’s. But that first train, Mia’s, was fifteen minutes away. They would talk under the sweltering sun until it came. 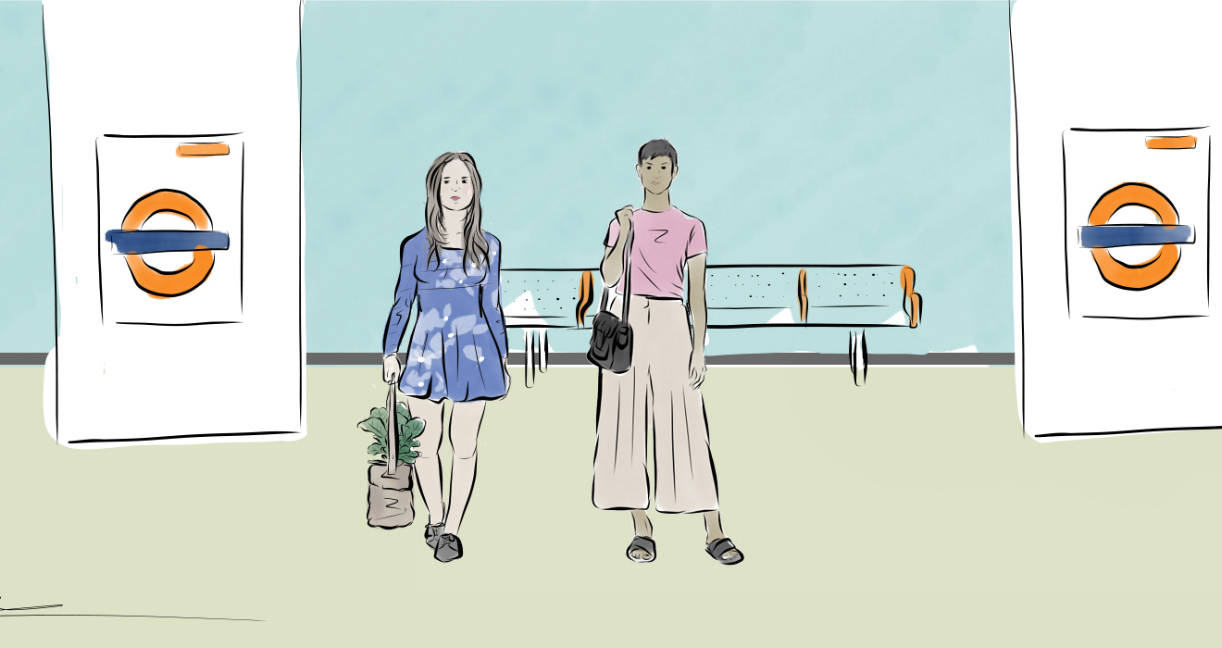 *
Mia had done many mad things before the terminal insane act that made her no longer Sophie’s friend. These had included:

- Aged thirteen, overheard Sophie muttering about a Drew in her sleep, contacted the three boys they knew named Drew and came back to Sophie saying none of the Drews fancied her. Refused to believe Sophie’s claim that her nocturnal self had meant Drew like drew a picture, as in not everything’s about kissing, Mia, as in some of us have brains. Paid even less heed to Sophie’s later comment — not, in fairness, elaborated on — that there was also a girl in their year called Drew.

- Aged sixteen, stood arm in arm with Sophie at the car window of their dealer, or really Mia’s cousin’s dealer, and embroiled herself in conversation with him about her GCSEs. ‘They’re not the be-all and end-all’, the dealer said. ‘Careful with that stuff. It’s potent.’ Sophie had questions, like how could weed be potent, or did he mean GCSEs were potent, and she tried to nudge Mia but Mia was standing there nodding and saying: ‘Wow, potent’. The man was twenty-eight. ‘We don’t need to talk to him’, Sophie said as they walked back down the road. ‘He’s goods and services, and we’ve got the goods and we’ve paid. We’re done.’ Mia laughed at that: ‘Sophie, where’s your manners?’

- Aged seventeen, uploaded a photo of Sophie kissing a girl at a disco and took it down from Facebook when asked but only when asked, and it had been up three hours and like a hundred people saw. ‘I didn’t upload it’, Mia said when they fought. ‘As in I didn’t specifically upload it. I uploaded an album and albums have pictures, and you don’t go through every single one. It’s a thing that happened on the night, so it’s there.’ Sophie made small tight facial expressions, then said: ‘If there was really nothing wrong with it then why are you pulling your hair out trying to make me think it’s okay?’

- Aged twenty-one, their last year at different midlands unis, came to stay at Sophie’s and didn’t leave for six days. It was meant to be a weekend visit but Mia drank her train money and covered three of Joe O’Malley’s shifts at a falafel van until she’d earned enough for a new ticket. Joe wrote his highest-marked essay ever that week and quit the falafel job anyway. Sophie never got Mia’s wine stain out of the carpet.

- Aged twenty-five, met one of Sophie’s girlfriends for the first time and said: ‘God, you look like me’.

Clearly there were issues. But even well into their twenties, Sophie would not have supposed they’d ever stop talking completely. You couldn’t when you’d shared so much. You’d need to be trying, genuinely trying, to be close as they’d been and then wreck things so badly that they now dreaded seeing one another at the station. Then, aged thirty-three, Mia had managed. 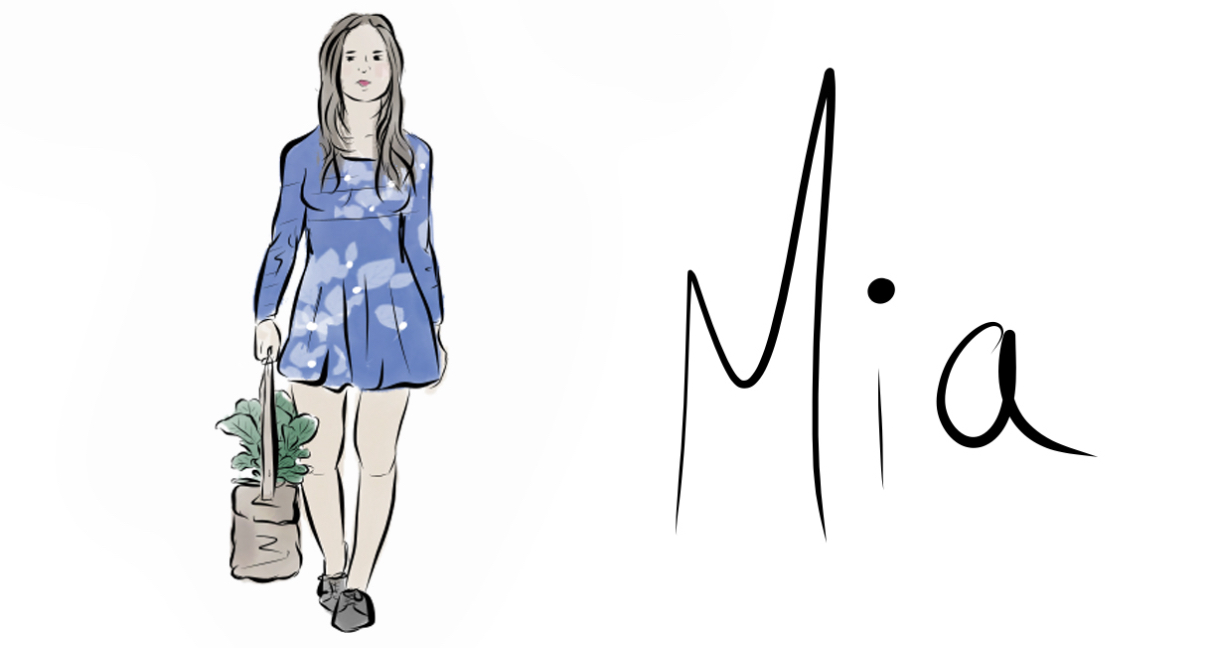 Now Mia was telling Sophie about Clive, and Sophie had to act as if she hadn’t seen it all online.

‘The main character of what?’

‘Their own life. Clive’s type two. If you asked Clive, who’s most important, Clive would not say Clive. But he makes sure he’s okay before he checks in on anyone else.’

Sophie bit back the question: Is that something you find attractive?

Beside them a kid had dropped his ice-cream, and the father was explaining that this was the result of the boy’s own actions and did not entitle him to a replacement. Whatever the legalities at hand, the battle of wills was making it apparent that a second ice cream would ensue, pending confidentiality re: Mum. The sun was at its brightest now. It cast a shadow from the bridge over the platform. Mia stood exactly in the middle of the line, dark side, light side, her own evil twin.

Mia carried on saying: ‘And that’s good to have. I know Clive’s all right when he asks if I’m all right, because he’ll have made sure of it first. Clive sees to Clive. And but I think you’re type one, and maybe I am too.’

‘There are women who are Clive.’

‘There are women who are Drew.’

It was a stupid reference to their school days that Mia seemed not to catch. Mia never remembered anything about when they were younger, though she often accused Sophie of forgetting things too. Most likely they each recalled the moments that best suited their own narrative.

In any case Sophie was saying too much now. The problem with talking to Mia wasn’t awkward silences, but that the words came out of Sophie and later she wished to take them back.

Seven minutes until Mia’s train. Sophie could pull herself together for that long, surely.

‘What I mean is I never know how you’re doing’, Mia said. ‘And maybe one of us should just say it. Maybe I should. That it’s been long.’

It was absurdly hot and busy for Mia to be saying that at the station. The high-rise windows beyond the platform reflected, gleamed, so the whole place burned. Mia’s were quiet words, not ones to bounce off scorching glass.

Sophie wanted to move closer so that Mia would keep her voice down, but what if that only encouraged her?

‘Sorry’, Mia said, seeing Sophie’s face. ‘I didn’t mean to say anything. I wasn’t, this wasn’t a statement in my head. But since you’re here — and you don’t tell people how you’re doing. That’s all I meant. So just, since there’s this chance, there’s something I need to tell you.’ 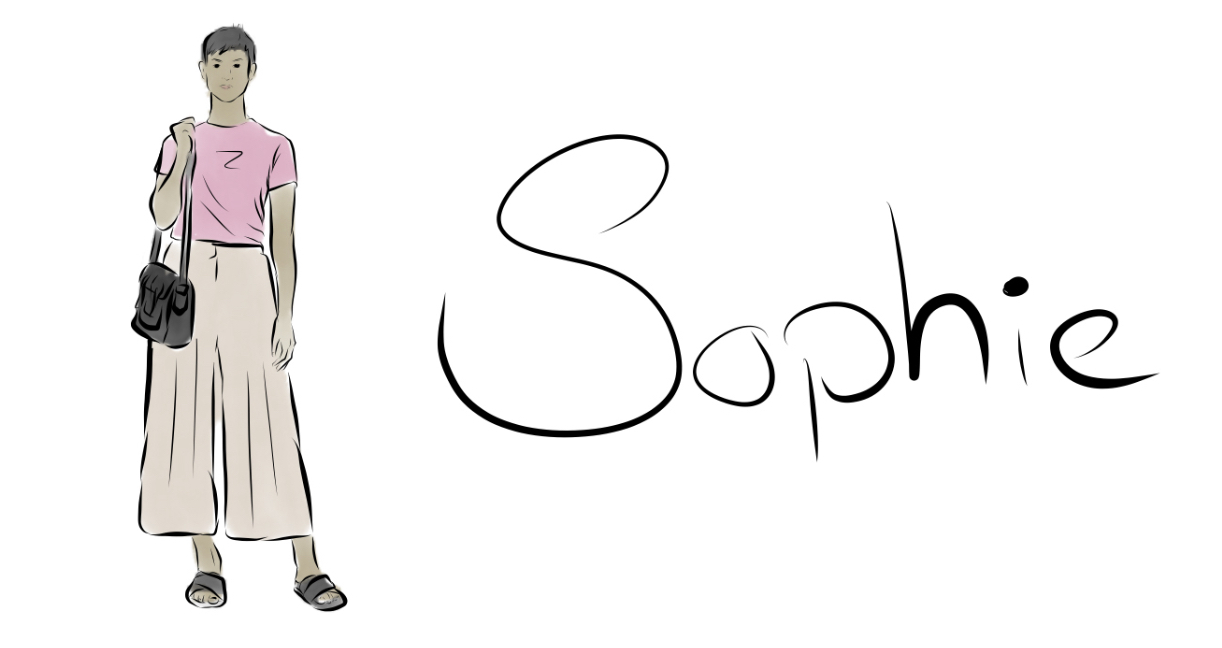