It looks like you're visiting from country. Please click here to continue shopping.
Final reductions | Sale now up to 70% off Free delivery on all orders over £50 Free returns collection via Royal Mail 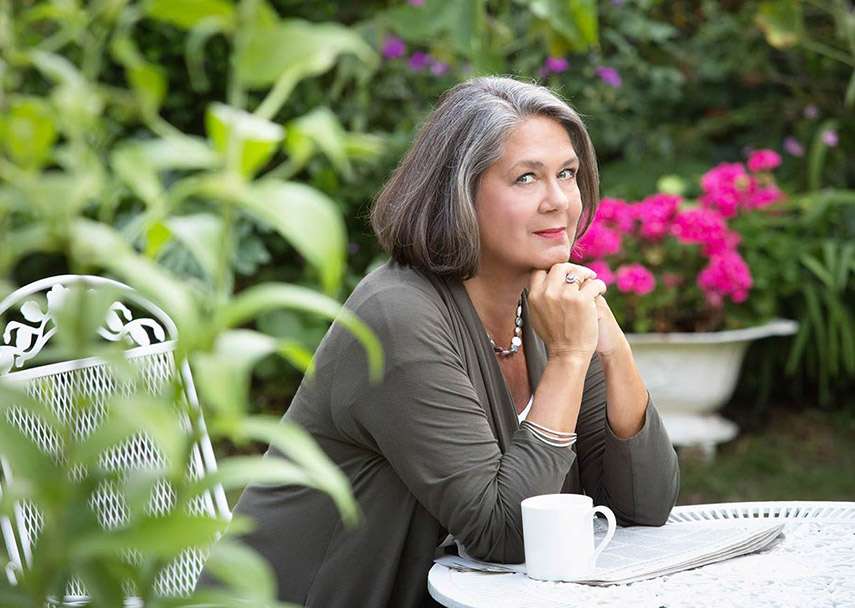 Sandra Horley is a force to be reckoned with. Head of the charity Refuge, she has dedicated her life's work to increasing the awareness of the issues surrounding domestic violence and to improving the lives of those affected by it. Ahead of our partnership with the charity this month, we sat down with her to find out more about the woman behind the UK's largest domestic violence charity…


What does it take to run a domestic violence charity?

My work at Refuge is hugely varied, and every day brings different challenges. I think the really key things are energy, passion and belief – you need to be able to keep giving it 100 per cent even when it gets tough, and I find you can only do that when you really believe in what you are doing.


How have the challenges facing Refuge changed since you started out and how have you adapted to them as a charity?

The challenges facing anybody working to prevent domestic violence are enormous, but there are two that stand out. As Refuge has grown into the UK’s largest provider of domestic violence services (supporting 5000 women and children a day) we now have to fight harder than ever to find the funds to keep them running, especially during a period when the government is under pressure to make savings. And no amount of refuges would be enough to provide protection to every woman who needs it, so we have also made it our mission to push for reform and challenge traditional social attitudes which enable abusers.


Has one story stuck with you throughout your career?

I have heard thousands of stories over the years I have been at Refuge, and no two are ever the same. Every woman has her own unique experience of abuse, but one that I particularly recall is a woman who needed 250 stitches after her husband took a hammer and chisel to her face. I remember it not only because of her horrifying injuries, but also because of the priest who visited her at the refuge and persuaded her to come home. Six months later, she was back. It was a clear example of the social pressures which then, even more than now, keep women trapped with their abusers.


Is it hard not to take the emotional toll of the challenges you face home with you?

I don’t think you can spend every day working with and on behalf of women who have been subjected to vicious abuse and not have it take an emotional toll. But more than anything I feel positive when I am leaving the office – every day, I leave knowing that the hard work the Refuge team and I do saves and changes the lives of women and children. Running Refuge can be all-consuming at times, but I have a wonderfully supportive husband which is an enormous help, and it is also really empowering and rewarding to know that what I do makes a difference.


What does a day in the Refuge office look like, are any two days the same?

One thing I really love about my role at Refuge is that every day is different. One minute I will be meeting ministers or politicians, or speaking on television, or visiting women who use our services to learn about their experiences. Then the next day I am catching up with donors or sorting things out in the office.


What would be your advice to someone wanting to work for a charity organisation?

You really need an affinity to the cause – if you don’t care deeply about the issue then the frustrations of this sort of work may get to you. I delivered speeches a decade ago, calling for changes, which are still relevant today, and Refuge is still combatting many of the same myths which I encountered when I first got involved in the 1970s. You need to be tenacious, love the work, and be able to find satisfaction and meaning in the good you can do.


You’re an inspiration to many, but who inspires you?

Working at Refuge means that I am surrounded by extraordinary and inspirational women every day – I am lucky enough to lead a team of hugely talented, dedicated and compassionate professionals. Most of all I am inspired by the women we support, many of whom have suffered for years or decades at the hands of men who have abused them emotionally, mentally, financially, and physically. To see them putting their lives back together and building a future for themselves is very rewarding.


Your book 'The Charm Syndrome' was recently republished as 'Power and Control', what motivated you to write it initially and was the response to it different this time round?

I wrote ‘The Charm Syndrome’ early in my career, after hearing time and again about how women found themselves in relationships with controlling and abusive men who had initially presented themselves as charm personified. ‘Power and Control’ is still rooted in the experiences of abused women, and focuses very much on how men control women and the gender inequality which allows it to continue.

However, the new book now includes a broader base of controlling techniques, and tries to reflect how women’s experiences of domestic violence have changed as social attitudes, policy, and technology have evolved. It seems people are more prepared to discuss domestic violence than in the 1990s when it was considered to be a private matter and something that only happened to other people.


What is your greatest achievement and what would you like to achieve next?

My proudest achievement is my wonderful daughter. In her thirties now, she is a credit both to me and her father. She has a strong social conscience and is about to work with Burmese refugee children in Thailand. My dearest ambition would be a world where domestic violence is neither tolerated nor ignored – but failing that, I would settle for securing the long-term funding needed for Refuge’s services. It is a travesty that domestic violence services in this country run on such a knife-edge without protected, sustainable funding.


What did you want to be growing up?

The very first job I ever remember wanting was to run an orphanage. I had been homeless and wanted to help others in the same situation. I also really wanted to ride on one of London’s famous red double-decker buses – little did I know that I would end up running homes for abused women and children from this city for more than thirty years!


What is the best advice you have ever been given?

I think the most important lesson I have ever been given was how essential it is to listen, and to learn from what people are telling you. On my very first day at a refuge in the Midlands I walked in with an armful of feminist books, but there was so much going on I didn't get time to read any of them. I soon realised I wasn’t there to teach those women, but to listen to their stories and learn from their experiences. Another vital lesson, of course, is to never give up when you are working for something you really believe in, no matter how dispiriting it can get at times. I learned that from my mother who had a strong sense of justice.


What would you tell your 18-year-old self?

I think the two bits of advice just mentioned – listen and learn and never give up – would be an excellent place to start, but on top of that I would try to explain just how precious her education is and how essential it will be to her future. So many of us only come to truly appreciate the value of education once our youth has passed.


We think female friendships are something that should be treasured and celebrated. What quality do all your friends share?

I look for the same values in my friends that I encounter in my work: generosity, integrity, and kindness to others. Enjoying a laugh over a glass of wine also helps a lot, of course.

How do you unwind?

I am not sure this qualifies, given how much of my work is government-facing, but I read the news a lot. Even after a long day talking politics or policy I still enjoy settling down to catch up on what else has been going on in the world – I am a bit of a news junkie! When I need to tune it all out properly, I really love walking in the countryside with my family and spending time with my daughter and travelling. I love to see new places and it really helps me unwind.


What are you listening to at the moment?

I am going to a recital of Puccini this evening.

‘Scent of a Woman’, starring Al Pacino. He gave a really outstanding performance as a blind veteran, and his character displayed strong social values despite his eccentric behaviour.

I’ve written two books, and learned in the process that they are very hard work. In future, I think I had better leave it to others...

'Power And Control: Why Charming Men Can Make Dangerous Lovers' by Sandra Horley is out now. Visit the Refuge website here and shop our special edition pyjama set with matching eye mask, which has been created in partnership with Refuge.