It looks like you're visiting from country. Please click here to continue shopping.
Winter Sale up to 70% off | Final reductions

Food for thought? We chat to DabbaDrop about how to make sure Friday night feasts don’t cost the earth 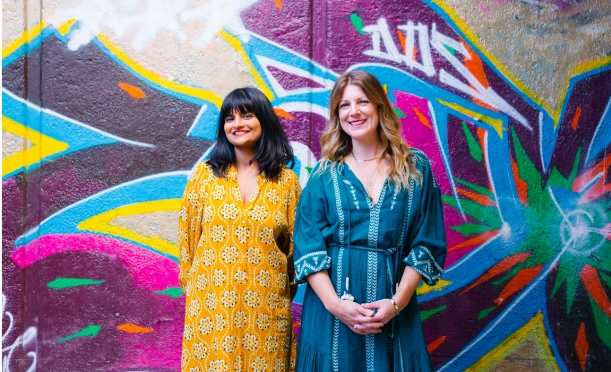 Whether it’s a Chinese chowed down on the couch, or a veg-packed ramen delivered to the office, we are a country of takeaway fanatics. As of 2021, we each spend an average of £641 a year on food to go – a total that’s risen by 42% since 2019 (and it doesn’t take a rocket scientist to work out why). However, there’s a hidden cost to that Friday night feast – and nobody is more aware of it than Anshu Ahuja and Renée Williams, founders of one of the UK’s most sustainable takeaways: DabbaDrop.

"We are massive fans of takeaways,” says Renée. “But more often than not, they were full of greasy, mystery ingredients and arrived in a puff of motorbike smoke – and then we’d feel guilty about the plastic packaging that was piling up on the sink.”

Anshu and Renée were neighbours at the time and so, in the summer of 2018, armed with some of Anshu’s heirloom family recipes, they headed to Anshu’s kitchen for the first trial of what would become DabbaDrop. It was an instant hit. 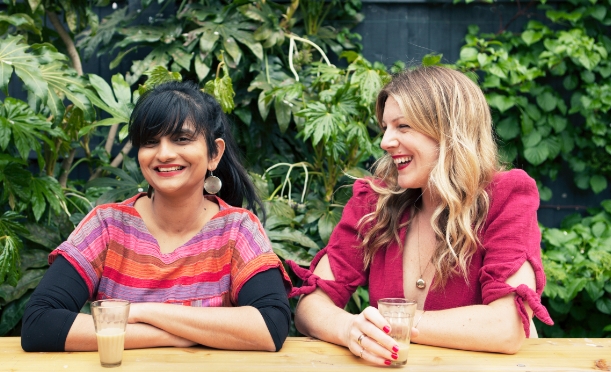 Their business model is inspired by dabbawalas in Anshu’s hometown of Mumbai. Every day, thousands of steel tiffins (the ‘dabbas’) containing home cooked food are delivered by people of bicycles (the ‘dabbawalas’) to hungry office workers. As a food delivery system, it’s reputed to be one of the most efficient in the world. Anshu and Renee wondered if they could create a similar system in London, and, fast forward a few years, it turns out they were right.

DabbaDrop operates on a subscription model. Customers sign up to get a weekly or fortnightly delivery, and the menu changes every time (but is always themed around a different south Asian area). There’s a cut off period for placing your order, meaning that only the right amount of food is cooked, and then the food is delivered to subscribers in big metal tiffins (AKA the dabbas) via emission-free bikes. It arrives, you heat it up and eat it, and then swap out your dabbas on your next delivery. It’s like your mum sending you back to uni with a Wall’s tub of her home cooked chilli – if your Mum was vegan, rode a bike and had access to stainless steel tiffins, of course.

“It’s a closed loop system,” Renée explains. “Which means there’s no packaging waste at all – which is great! You can pause or cancel whenever you like, but it’s designed as a subscription because of the initial cost of the reusable tin.”

It’s a smart system. Subscription models are in vogue precisely because of the mutual benefits to consumer and retailer. It’s a constant stream of revenue for them, and for you, it’s the ultimate convenience – allowing you to discover new meals without leaving your house.

It’s also a brilliant move for the planet. Only 1% of food and beverage packaging is actually recycled, with the FT estimating that packaging makes up 29% of the takeaway industry’s greenhouse emissions. Every meal cooked by DabbaDrop is also plant-based and uses locally sourced, seasonal ingredients – which is, as we all know, a great way to reduce your carbon footprint. And then, of course, there’s how it arrives at your door. That “puff of smoke” Renée mentioned is an all-too-familiar scene – as is a disappointingly soggy, cold takeaway that’s taken a little too long to arrive on the back of a pedal bike

“Right from the start, we wanted to build a business that makes the world a better place,” says Renée. “Our ethos has always been ‘planet before profit’. The pre-order model means we know how many people we’re cooking for each week, which means we eliminate food waste. We use emission-free vehicles, and our entire menu is plant based, thus reducing carbon emissions. And obviously, delivering in the dabbas means we save on disposable packaging.”

To date, DabbaDrop has saved 142,580 plastic containers from being used, avoided 2,500kg of food waste and prevented 18,360kg of carbon and greenhouse gas emissions being produced (a figure that, they note, is the same as flying from London to Amsterdam 314 times).

So, why don’t more food and drink outlets follow suit? It all comes down to the singular word that drives capitalism: convenience.

“It’s much more convenient to whack something in a plastic container and have it arrive semi-hot a short while later,” says Renée. “I think that’s what’s stopping a lot of other businesses from following our model. But hopefully we’ll see a big change in the future.” 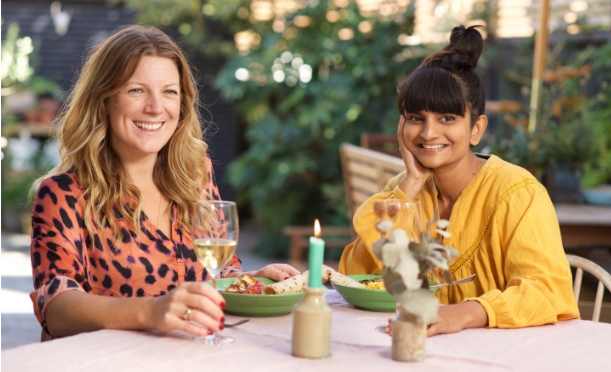 “In such an on-demand world, everything is available at the tip of your fingertips,” she continues. “It’s a challenge to try to change a customer’s mindset. With our model, customers have to be quite organised – they’re thinking on Tuesday what they want to eat on Friday. But people’s habits can be changed – and I think people are becoming more and more in tune with not only eating better for themselves but eating better for the planet as well.”

It’s certainly not all doom and gloom. As well as DabbaDrop, there are loads of initiatives cropping up to try and solve the food and beverage packaging problem. In production already is Notpla, a revolutionary material made from seaweed and plants that naturally biodegrades in a couple weeks. In London, Clubzero is aiming to make the capital a zero-waste city with its returnable packaging system made from recycled plastics.

The main takeaway (sorry!) is that for meaningful change to happen in the world of food delivery, it’s up to us as consumers to demand better. Food for thought for your next takeaway?

You can check if DabbaDrop delivers to your postcode here, and their online shop (with nation-wide delivery) is here.