Home or Away? Travel journalist Ianthe Butt’s guide to the most transportive getaways 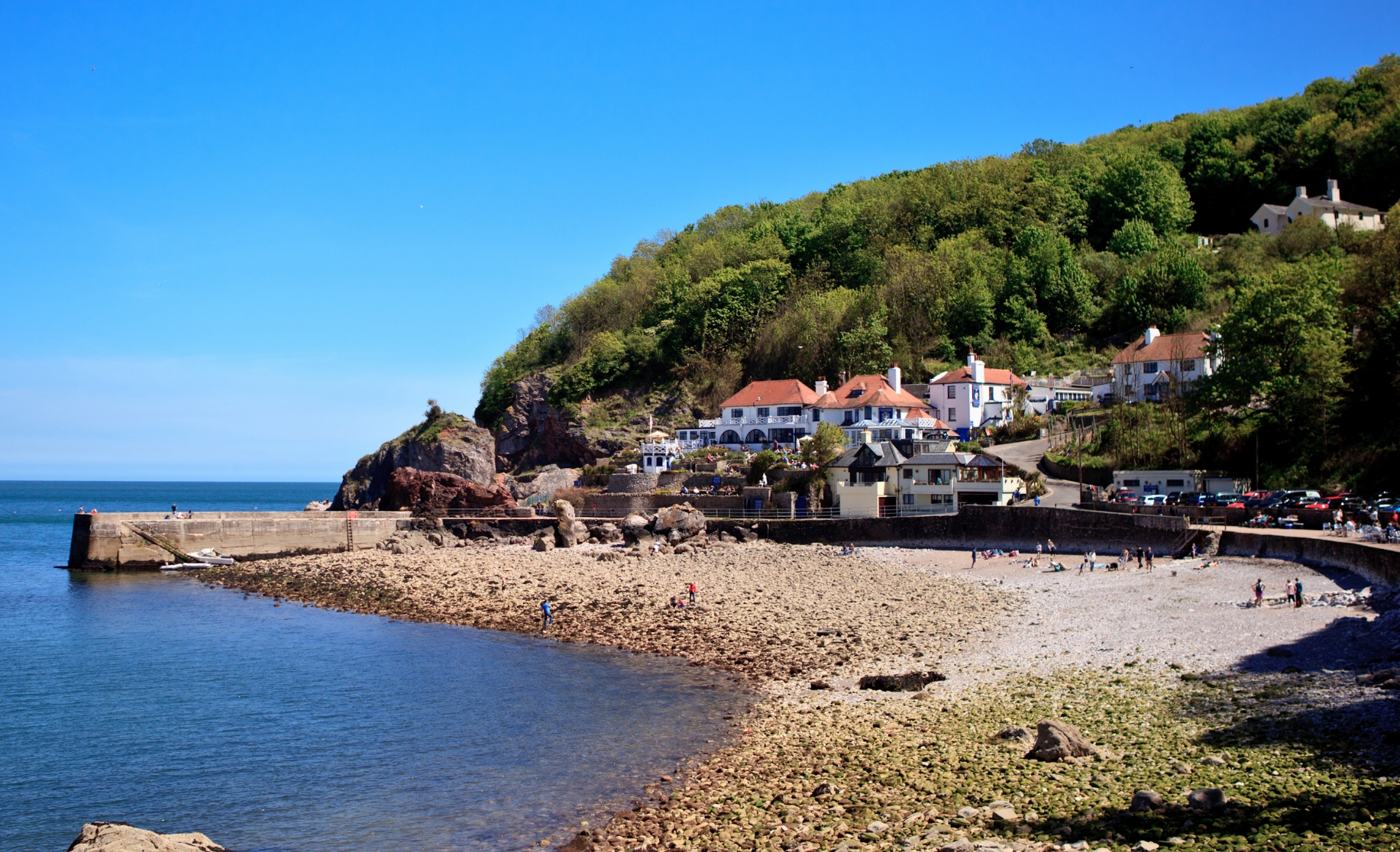 With spring having served up grey days in abundance, we’re well and truly ready to escape this summer. But that doesn’t mean you have to go abroad. In fact, the UK has plenty of home-grown getaways channelling far-flung locations, from the wilds of Botswana to South Africa’s Winelands and Grecian shores. Interested? Here are five of the best English getaways to transport you further afield in a flash…

Get Greek coast vibes in Devon 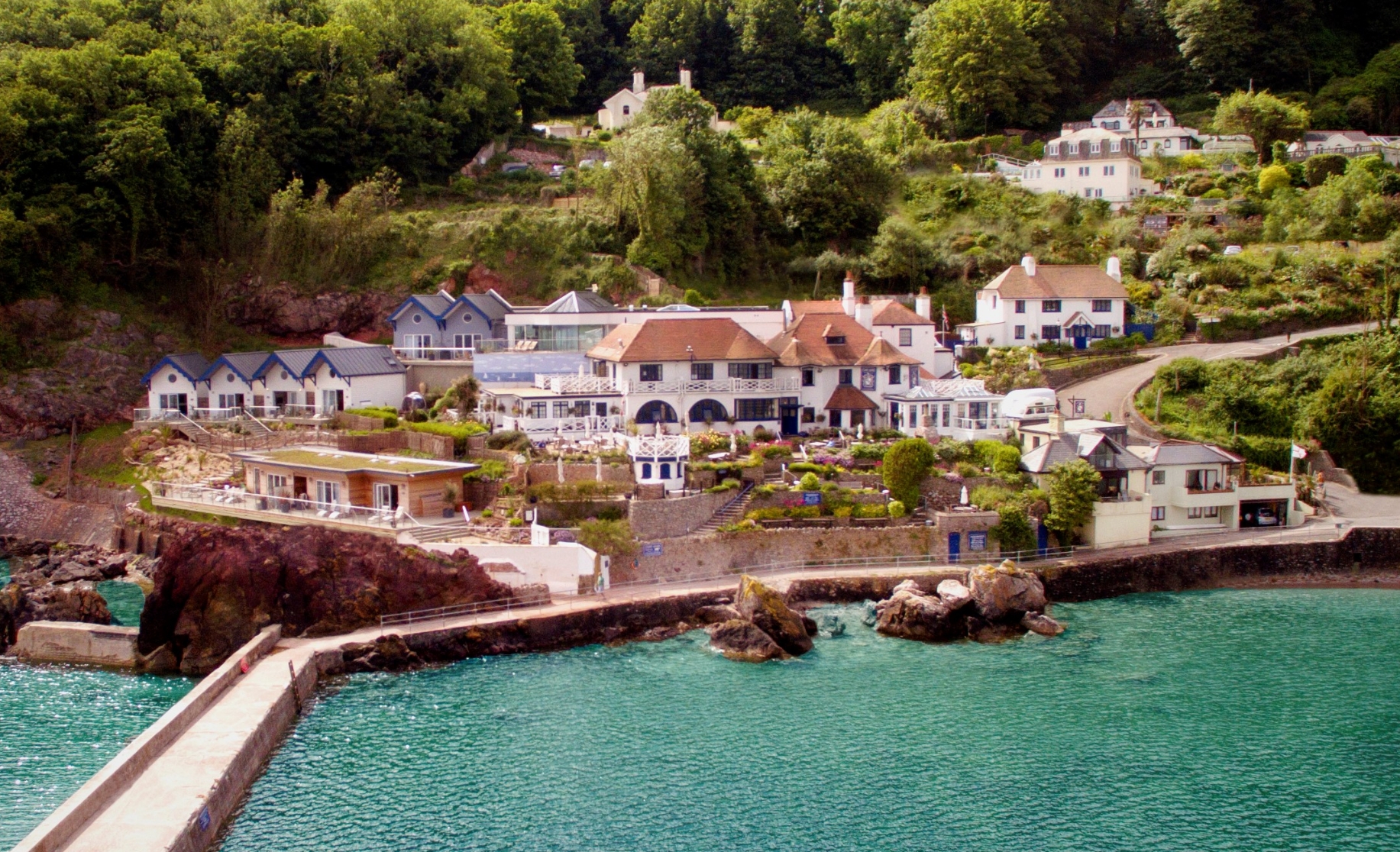 Pack your flip flops and hot foot it to the Cary Arms Hotel and Spa on the South Devon coast. With a stunning location in the heart of Babbacombe Bay, the hotel overlooks sun-kissed sands, sparkling turquoise sea and rugged coastline that could have come straight out of the Greek isles. Spend a day here on a ‘seafari’, swimming through natural sea arches and seal spotting, followed by the ‘best of the Bay’ seafood suppers and a stay in either a sea-view suite or beach hut. But if the weather is less-than-Grecian, the spa has a great indoor hydrotherapy pool overlooking the big blue. 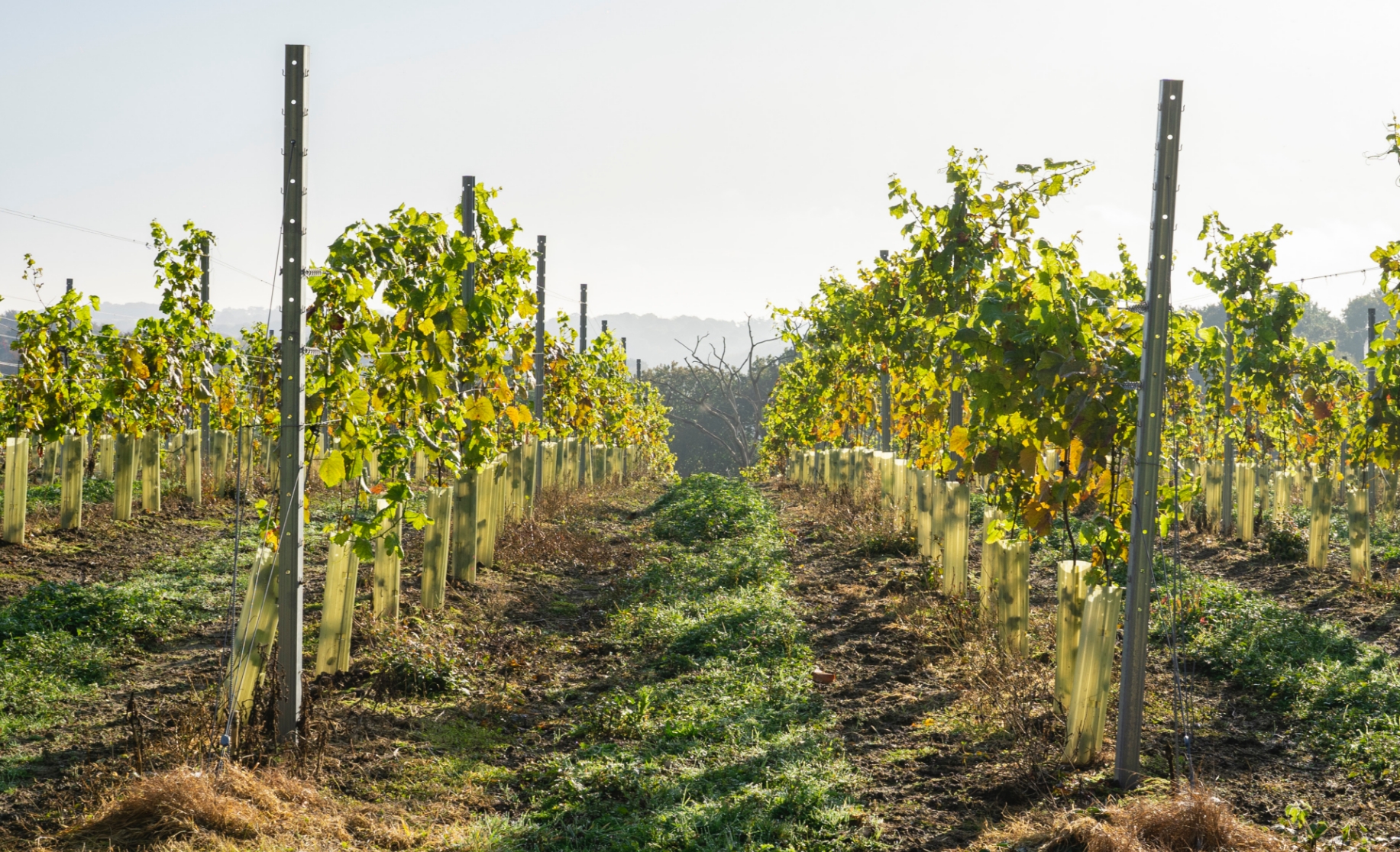 You’d be forgiven for thinking you were strolling in the Cape Winelands, instead of West Sussex, at Leonardslee House and Gardens. Owned by Penny Streeter, the name behind South Africa’s award-winning Benguela Cove Lagoon wine estate, the verdant vineyards are home to England’s first pinotage. But alongside the amazing wine, there’s also 240 acres of gardens filled with lakes and sculpture to explore. Meanwhile, 19th-century Italianate mansion Leonardslee House has ten gorgeous pastel-patterned bedrooms and a Michelin-starred restaurant, Interlude. Here Chef Jean Delport uses ingredients grown on-site in South African classics with a twist – think lobster and wild garlic vetkoeks and chestnut-infused milk tart. 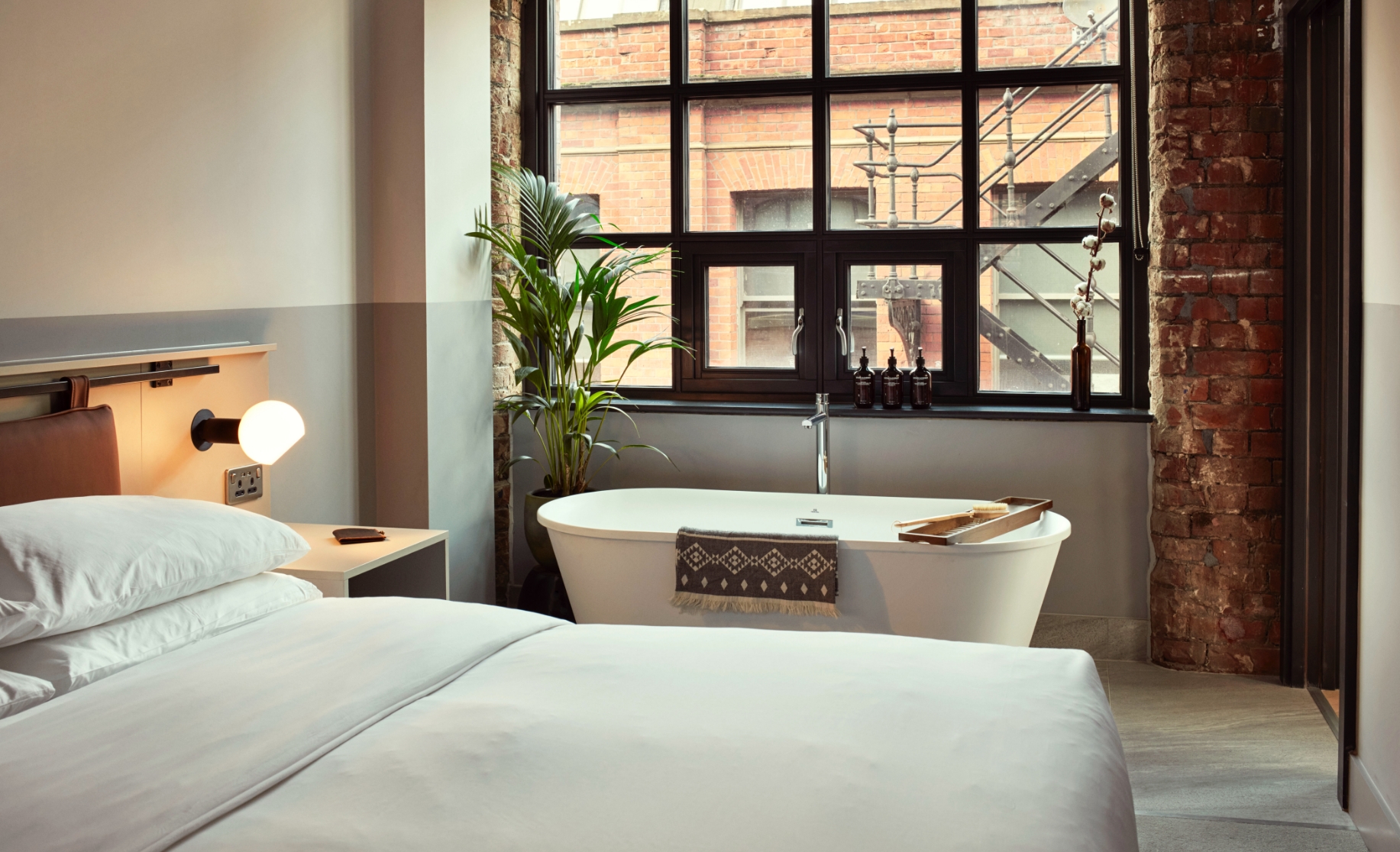 Not only is Manchester’s Northern Quarter an artistic epicentre, it’s also been used as a stand-in for the Big Apple on screen for the likes of The Crown. And, from mid-May, The Locationist – a new tour of Manchester’s finest filming locations – will launch. As for Stateside-style slumbers, 42-room hotel LEVEN, a former cotton warehouse close to the vibrant Village neighbourhood, has Brooklyn loft vibes thanks to red brick walls, Crittal windows, leafy touches and hidden kitchens. But if you don’t fancy cooking, head to nearby Runyon’s for burgers, cone fries, and S’mores ice cream sandwiches – an authentic taste of NYC. 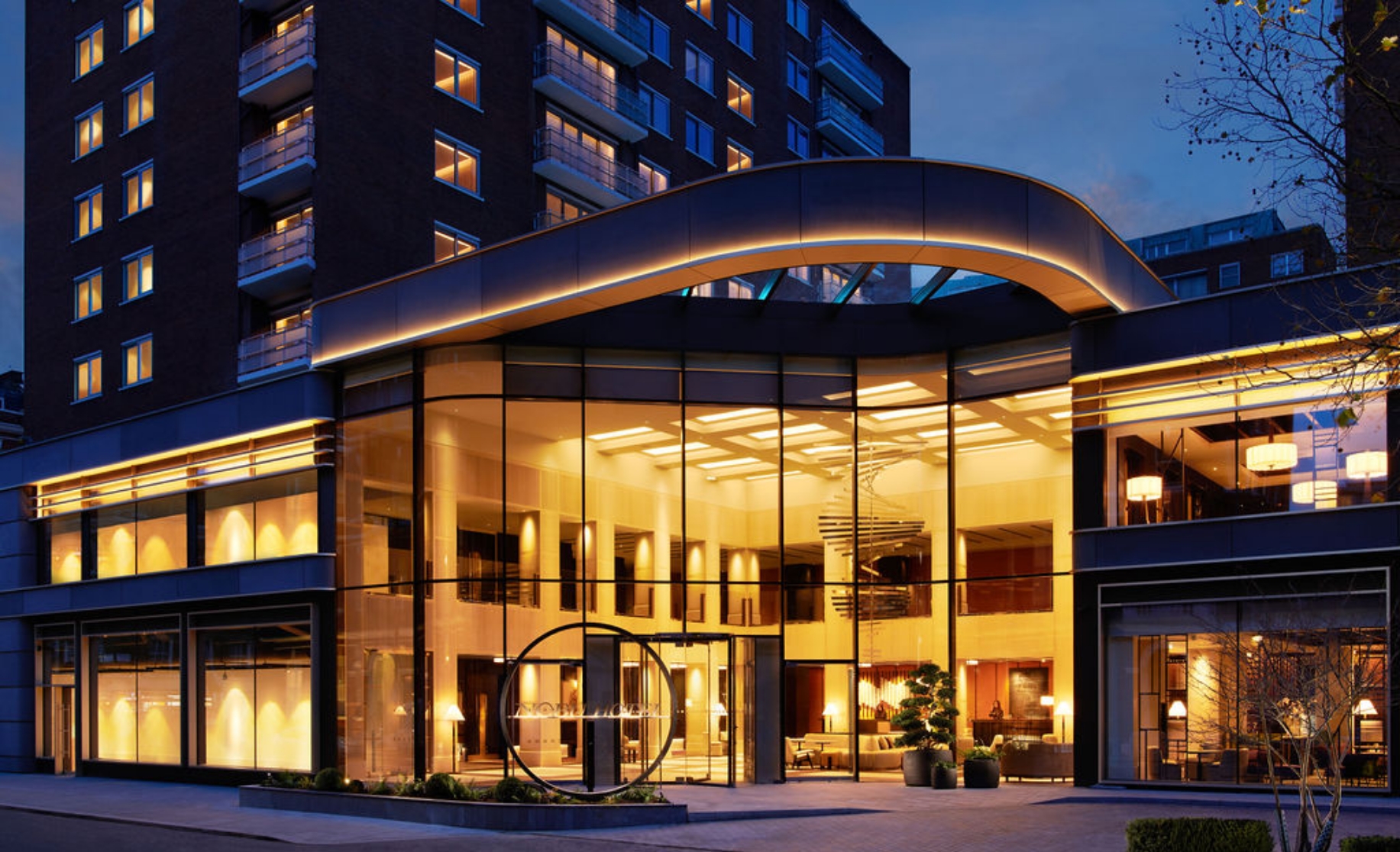 With Japan currently off-limits to holidaymakers, head to Nobu Hotel London Portman Square for your fix. The hotel has Tokyo-style minimalism in spades thanks to Zen slate grey bedrooms featuring calligraphy art, dried flowers and kyūsu tea sets, and hallways hung with prints of neon graffiti adorned geishas. The sultry Nobu Bar is a riot of indigo cracked raku tiles with a lip-smacking sake list, while famed Nobu Restaurant is the place for great sushi, under a traditional wooden Gou-tenjo ceiling. Nearby outposts of gardening brand Niwaki and Japanese-Scandi hub Pantechnicon further ramp up the Tokyoite atmosphere. 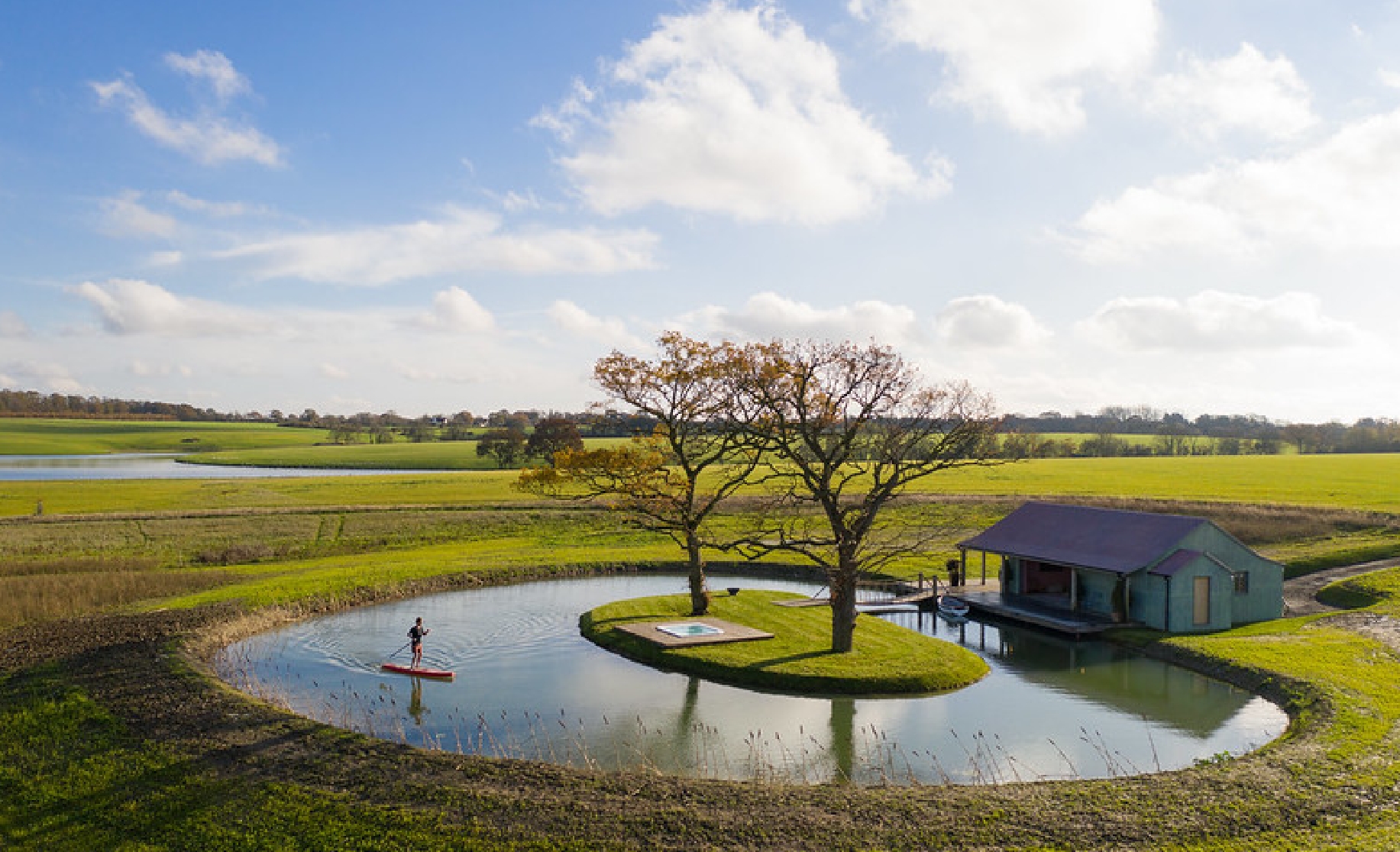 Set in the heart of Suffolk’s 5000-acre Wilderness Reserve, The Tabernacle – a waterside hideaway – channels Botswana’s stretching Borana wetlands. This gorgeous bolthole has walls in warm Savannah sunset hues, a verandah for leisurely safari-style sundowners and a flickering log fire. Oh, and there’s also a rope bridge across to a private island complete with sunken hot tub… While Suffolk doesn’t have the Big Five, Wilderness Reserve is a remarkable spot for wildlife. Rich in rewilded former arable land, as well as woodland and wetland, it provides a fertile habitat for birds and butterflies. For an even more authentic safari trip, join rangers on a sunrise stroll and bask in the dawn chorus.