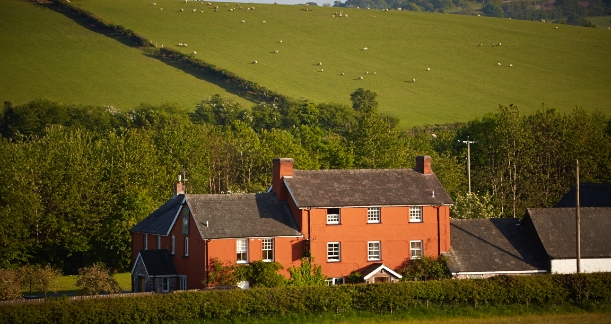 Who doesn’t love a country walk on a crisp autumnal day? That nip in the air along with a whole artist’s palette of changing leaf colours feels good for the soul. It’s better still when there’s a pub at the end of the trail, where you can relax in front of a crackling fire, tuck into a tasty meal, then snuggle up in a comfy bedroom. We’ve picked the best places for a cosy weekend escape, where you can drink in the scenery by day, then drink in the bar at night. And if you want to take your four-legged friend, that’s no problem – they’re all perfect for a mooch with your pooch.

Picture perfect in the Cotswolds

The rooms: Locals have been propping up the bar of the King’s Head in Bledington since the 16th century, but the rooms above the inn (and in its pretty courtyard) have been given a contemporary twist with stylish fabrics and wallpaper. They make quite a contrast with the low-ceilinged bar, which oozes history from its ancient support beams, oak settles and inglenook fireplace.
The ramble: See off-the-beaten track areas of the Cotswolds and take in pretty villages such as Westcote and Icomb on one of three circular walks from the pub’s door. Depending on how much energy you’ve got left after filling your boots with the likes of sticky toffee pudding, loin of venison, or perhaps squid ink spaghetti,, you can opt for a short stroll of one and a half hours, or a serious four-hour hike. Doubles from £110, B&B

Climb munroes in the Cairngorms 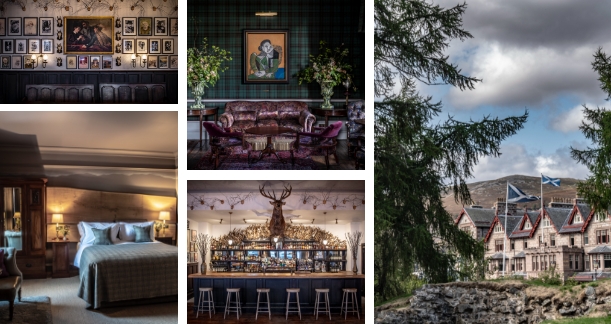 The rooms: For a seriously stylish stay in the Caingorms, look no further than the Fife Arms in Braemar, with 46 sumptuous bedrooms as well as a Picasso in the drawing room, and art and Victoriana throughout. Snuggle up in the croft rooms with their traditional cabin beds (some painted with scenes of the Scottish landscape outside) or pick a nature-themed room with wooden headboard and plenty of tweed, heather and horn.
The ramble: Bag a munro or two from the 40 mountains over 3,000 feet accessible from Braemar, including Morrone, reached from the pub on a four-hour circular route. An in-room walking guide details everything from a 30-minute loop to an all-day guided tramp. Toast your success in the buzzy Flying Stagg, where the menu includes Scottish classic haggis, neeps and tatties, or in Bertie’s whisky bar, with a different tipple for every day of the year. Doubles from £250, B&B

Flagstones and fireplaces in County Durham 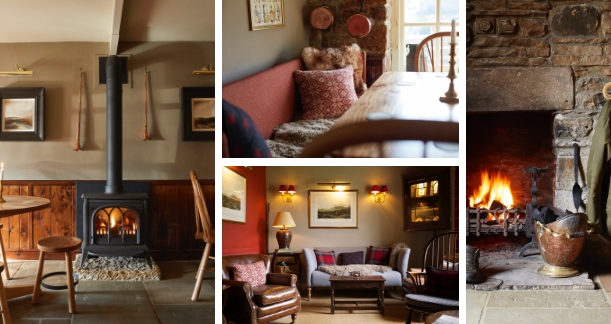 The rooms: Downstairs, the Rose & Crown in Romaldkirk has oodles of ye olde English charm, with its flagstones and fireplace, beams and oak-panelled dining room for Sunday roasts or candlelit dinners Upstairs, seven rooms are country chic in style, some with exposed stone and beams; there’s also a handful of more contemporary rooms in the courtyard, with private outside seating areas.
The ramble: It’s just a short walk from the pub, next door to a pretty Saxon Church, to the River Tees. Here, you can follow the Teesway footpath to the village of Cotherstone, returning on the old railway line. Or it’s a short drive for walks by the waterfalls of Low Force, High Force and Cauldron Snout. Doubles from £135, B&B

Welsh rarebit in the mountains 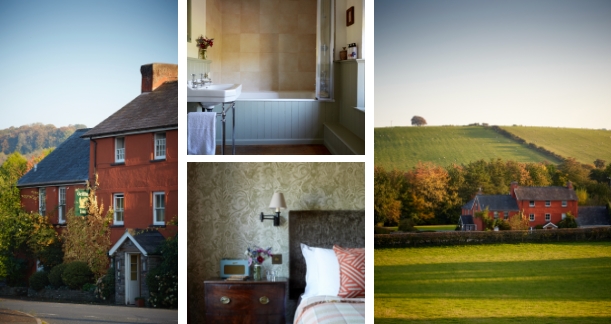 The rooms: Don’t expect a television in any of the eight smart-but-casual bedrooms at the Felin Fach Griffin in Powys – they only distract from the views of the surrounding hills. What you will get is a Roberts radio, fresh flowers, homemade biscuits and Bramley toiletries. Downstairs, there’s a convivial atmosphere around the fire in the back bar, with its leather sofas and flagstone floors, and dogs are welcome to warm themselves with house dog Max by the aga while you sip a Welsh ale and sample the excellent food.
The ramble: The best walks are a short car journey away. Choose between the Black Mountains and the Brecon Beacons, where you can climb Pen y Fan, the highest peak in South Wales, on either an easy four-mile circular route or a demanding nine-mile circuit. Doubles from £145, B&B

A devil of a walk in Cambridgeshire

The rooms: With their oversized fabric headboards and battleship grey tongue-and-groove panelling, the rooms at The Three Blackbirds at Woodditton in East Cambridgeshire wouldn’t look out of place in a boutique hotel. Just across the car park, the thatched and beamed 17th-century pub has also been given a contemporary makeover, with a metallic painted bar and colourful banquettes. Wood burners glow in both bar and restaurant, where they serve seriously good food.
The ramble: Head along the Anglo Saxon defence called the Devil's Dyke which passes through Newmarket race course. For serious hikers, it’s seven miles to the Dyke’s End pub in Reach, where you can refuel before the traipse – or a taxi – back. Doubles from £135, B&B